The chaos caused by the deadly coronavirus outbreak has already resulted in a host of sporting events being canceled or rescheduled in China. Now the wider sporting community are starting to feel the effects. 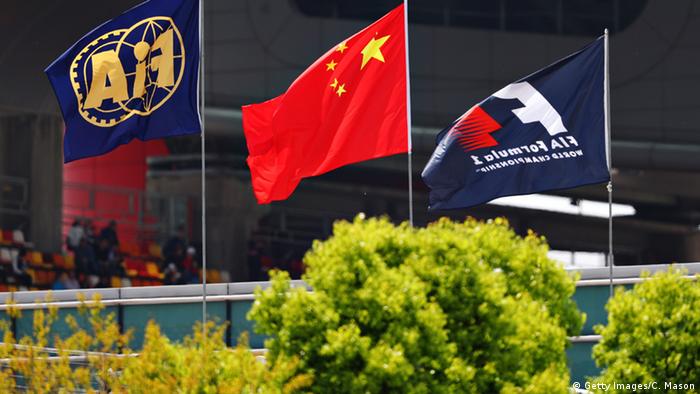 On Monday, golf’s LPGA Tour became the latest official sports association to cancel major events on the 2020 calendar in the wake of growing concerns regarding the deadly coronavirus outbreak.

With this month's HSBC Women's World Championship in Singapore and the LPGA Thailand called off, the US LPGA Tour has now been forced to scrap three of its most lucrative early-season events in Asia after China's Blue Bay tournament was cancelled 10 days prior.

"It is always a difficult decision to cancel events and the LPGA greatly appreciates the understanding and all the efforts made by our title sponsors (Honda and HSBC) as well as IMG to host incredible events for our players," an official statement said. "The health and safety of our players, fans and everyone working on the event is always our highest priority."

Now one of countless events to be called off, the LPGA Tour statement echoes those heard since the outbreak of the coronavirus, which according to the latest figures, has claimed the lives of over 900 people, with more than 40,000 people believed to be infected.

Chinese sport has been hit the hardest following the outbreak in Wuhan. Seasons have been set back, while events such as the Hong Kong Marathon or the Chinese Formula-E Grand Prix have been called off "after close consultation" with government authorities.

The country has suspended all domestic football, postponing the start of the top-flight Chinese Super League campaign, which was due to kick off on February 22, but the impacts have been continental too.

The pan-Asian AFC Champions League begins this week. As a result of the virus though, four Chinese clubs' home group matches have been pushed back until at least April. The Chinese national team’s upcoming fixtures with the Maldives and Guam in March have also come under question, but it’s the women’s team who have born the brunt of the fallout.

With the women’s Olympic qualifying event between China, Taiwan, Thailand and Australia moved from Wuhan to Sydney, China women’s football team found themselves quarantined in their Brisbane hotel for two weeks upon arrival in Australia.

"We have faced some difficulties since we arrived here in Australia," said head coach Jia Xiuquan, whose side were eventually given the all-clear to compete. They have since picked up back-to-back wins in the event which will finish later this week.

With the wider sporting community putting precautionary plans in place and some calls for the cancellation of the Toyko Olympics, it remains to be seen how far-reaching the effect of the coronavirus outbreak will be in 2020.

Formula 1 are still “closely monitoring” the situation ahead of the Chinese Grand Prix in April, but the 2020 World Athletics Indoor Championships, due to take place from 13-15 March, has been postponed.

"The advice from our medical team, who are in contact with the World Health Organisation, is that the spread of the coronavirus both within China and outside the country is still at a concerning level and no one should be going ahead with any major gathering that can be postponed,“ read a statement from World Athletics.

The event which was due to take place in Nanjing will now take place in 12 months’ time on account of fears over the spread of the coronavirus. German athlete Malaika Mihambo was due to defend her long-jump title, but told German broadcaster ZDF the “right decision” had been made with the Indoor Championships.

“Of course it’s a shame when you can’t start the indoor season because one of the highest-quality competitions can’t take place,” the 26-year-old said. “Considering the virus, the risk of infection and the fast, rapid spread, it is of course the right decision.”

With health experts struggling to control the outbreak, the sports world has been left in limbo. Whether a short-term or long-term problem, athletes may look to take comfort in the sensible and pragmatic approach being taken by those responsible for their safety and wellbeing.

With less than six months before Japan hosts the opening ceremony for the 2020 Olympic Games, the coronavirus that has erupted in China has cast an early pall over the 17-day event. Julian Ryall reports from Tokyo. (07.02.2020)

How not to protect yourself from the coronavirus

The internet is awash with misinformation about how to protect yourself from becoming infected with the new coronavirus. DW looks at some of the claims being made online to separate the fact from the fiction. (08.02.2020)

For athletes gearing up for the Olympic Games in Tokyo, preparation has been anything but easy. But there have been huge discrepancies from sport to sport and country to country, and fairness has gone out the window.