Organizers of Mobile World Congress in Barcelona canceled the tech fair after nearly all the big names pulled out of the event due to coronavirus fears. China's Huawei was the only major company set to participate. 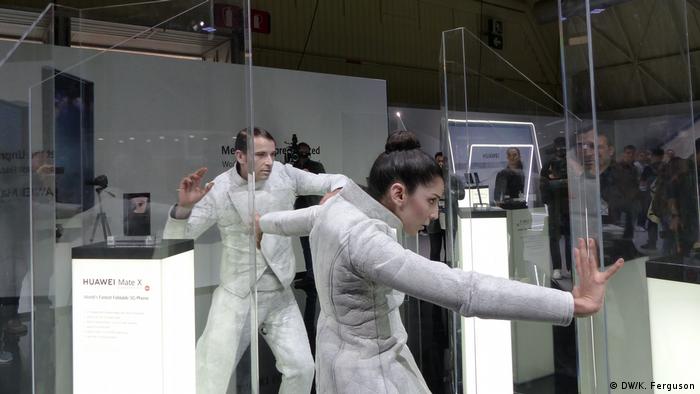 The coronavirus outbreak prompted large tech companies to pull out from Mobile World Congress (MWC) in Barcelona, forcing the management to cancel it less than two weeks before it was set to start on February 24.

MWC is organized by the wireless trade body GSMA and believed to be the largest mobile tech fair in the world. The organizers initially expected over 100,000 visitors, including at least 5,000 from China.

The GSMA canceled it "due to the global concern regarding the coronavirus outbreak, travel concern and other circumstances," GSMA CEO John Hoffman said in a statement on Wednesday.

Earlier on Wednesday, a string of heavyweight companies announced they would not participate in the event, including Nokia, Vodafone, and Deutsche Telekom. They follow similar announcements from Ericsson, Sony, Intel, LG, Amazon and other high-profile participants.

Only Huawei, the China-based digital technology giant, was still prepared to participate.

Local officials had scrambled to keep the event alive, ensuring people there was "no public health reason to cancel any event" and that the region has a "very low risk of the coronavirus," according to regional health chief Alba Verges.

"If the companies make their own decision, we have to respect that, but we are here to explain this from a public health perspective."

The China-centered coronavirus outbreak has already sent out shockwaves through global economy, with both Western and Chinese companies keeping their Chinese-based plants closed for as long as possible in order to limit the spread of the virus. Global tourism has also been hit due to travel restrictions, and sellers of luxury goods are also complaining due to the lack of Chinese buyers.

The novel coronavirus strand, dubbed COVID-19 by the World Health Organization on Tuesday, has so far infected over 45,000 people and killed over 1,100. The overwhelming majority of patients and casualties have been reported in China. Only two people have died of the virus outside mainland China – one in the Philippines and one in Hong Kong.