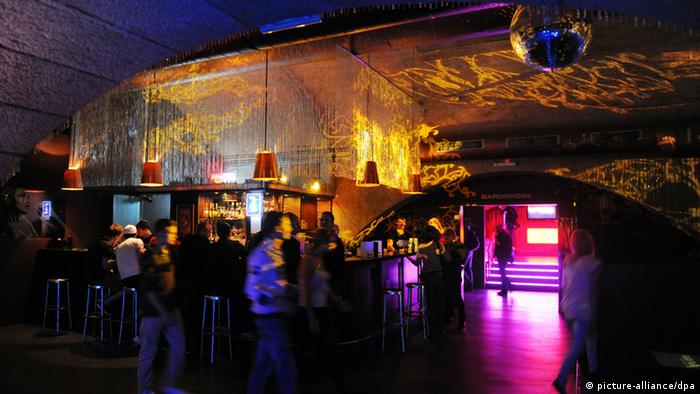 Night clubs are still officially shut in Berlin, but venues are finding all the creative ways they can to keep the city's teeming nightlife going as safely as possible, if only as concert venues.

The precautions make everything feel slightly surreal: Singers have a plastic disc fitted around their microphone, presumably to catch flying saliva, courtyards that were previously meant for queuing or smoking have become the center of the action. Performers can now take to podiums in the open air, with the nearest audience member several meters away, and the space that should be a dancefloor is now taken up by tables designated for pre-registered groups.

The results are mixed. While everyone remains obediently seated for the first hour or so, once drinks start to flow (ordered via an app from an online menu, paid via Paypal, brought to the table by a masked waiter), groups gradually dissolve. People start to dance, first next to their seats, then near their tables, then in the spaces between them, But still: It's noticeable that most people are careful not to touch strangers.

The same goes for the forms for personal details everyone is handed on entering a bar: In the first one everyone dutifully fills in their details, but by the third pub, the email addresses have become a little more illegible.

All in all, a night out in Berlin has become a strange shadow of what it used to be, as if Berliners are gradually re-learning how to socialize. The space is never crowded, as the numbers are limited to begin with, but on any given night, you can feel the tension dissipate as people grow used to the new rules, and find ways to party around them. It's unsurprising that Berlin's highest infection rates are now among 20-29 year-olds.

There has been particular concern about the inner city districts of Mitte, Friedrichshain-Kreuzberg and Neukölln, which are home to a young and international crowd, and where 7-day infection rates are creeping north of 50 per 100,000 inhabitants.

According to Berlin's current situation report, Berlin Mitte is described as "a diffuse area of activity, supported by young, international travelers and partygoers who become infected on the road or at parties and then spread the infection to their homes and families."

The 7-day rate has become the magic stat in Germany. Berlin as a whole is currently at 28.7, higher than every other big German city except Munich (at 37.9). If it goes over 30, then Berlin's "corona traffic light" will switch to red, and the state government will have to impose tougher lockdown restrictions.

The situation has become serious enough for the chancellor to weigh in.

Germany is riding its luck, with only 2,200 daily infections at the moment, unlike neighboring France, where between 14,000 and 16,000 new infections have already been recorded in the last few days. The Bild newspaper quoted her warning that "if things continue like this, with the trend, we will have 19,200 infections per day. That is the same as in other countries." 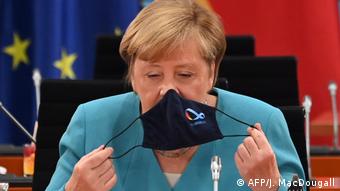 Merkel is not happy with Berlin's stats

Experts, it was said, had calculated for Merkel that the figure of around 19,000 infections per day was also possible in Germany shortly before Christmas. Merkel summarizes her demands in this sentence: "Keep the economy running, keep schools and daycare centers open. Football is secondary for the time being".

In many Berlin districts, such as Wilmersdorf-Charlottenburg, soldiers have been helping out in the health department since the beginning of the pandemic. Berlin newspapers report that the public health department in Friedrichshain-Kreuzberg is hopelessly overloaded and is struggling to reach all the contact persons of an infected person within a day.

And you won't necessarily get away with drunkenly leaving an illegible email address in future. Anyone who gives false information when visiting a bar could soon risk a €50 ($60) fine, and there has even been talk of restricting alcohol sales in Berlin. That really would be a surreal night out.