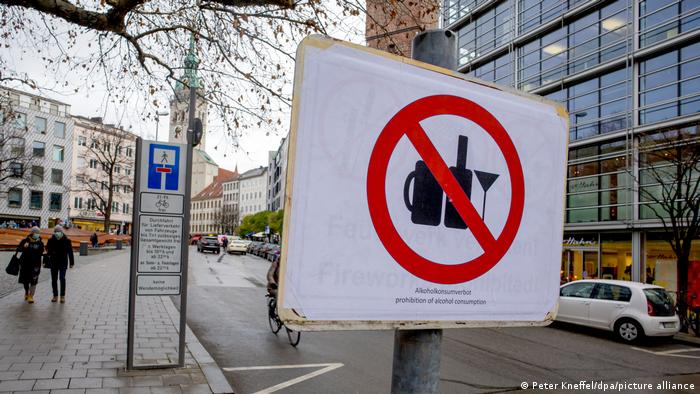 A Bavarian court ruled on Tuesday that the state government did not have the authority to outlaw the consumption of alcohol in all public places, deciding in favor of a private plaintiff from Regensburg.

The government in Bavaria, which has been  takinga tougher line in the pandemic than most German states, introduced the new rule in December.

The administrative court found that the national law empowering states to impose COVID-related restrictions, the so-called infection protection law, only authorized the government to outlaw the consumption of alcohol in some public places, not all.

The blanket ban came into place in December after mounting controversy about the operation of Christmas mulled wine stands in various German cities. It was contended that customers were not maintaining social distancing and that the practice constituted a risk.

In the case, the plaintiff also wanted to overturn other regulations to combat the coronavirus pandemic but was unsuccessful. The administrative court said the contact restrictions under which members of a household may only meet with one other person were covered by Germany's Infektionsschutzgesetz (Infection Protection Act).

The court ruled that an application to suspend the 15-kilometer limit (about 9.3 miles) for day trips was inadmissible. However, the chamber only justified this by stating that the plaintiff himself was not affected because this measure was not currently in force in Regensburg. However, the court made no statement about the legality of the regulation.

Daily deaths on Tuesday reached 989, although health authorities said they might have been inflated after a lag in reporting at the weekend. More than 11,000 new cases of COVID-19 were recorded.

There is increasing dissent against social distancing rules, which had previously had broad public backing. That could have fatal consequences, writes DW's Martin Muno.

Bavarian court's press release on the verdict (in German)