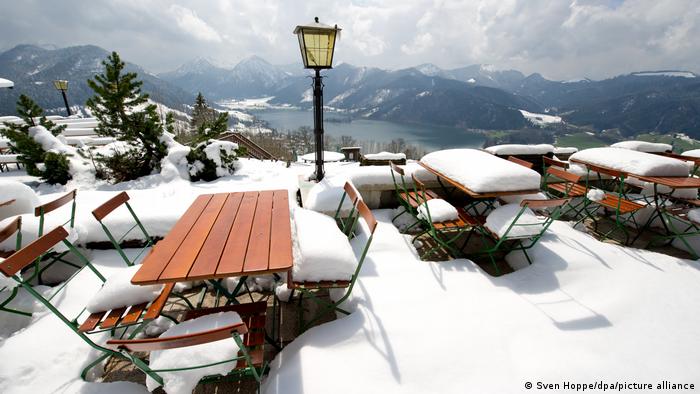 It’s a calm day on the picturesque Lake Schliersee in the Bavarian Alps. The parking lot on the north bank is, at most, half-full at lunchtime. A few people stroll around by the lake, and a jogger comes along from time to time. There is snow all around — a real winter, the likes of which Germany has not seen for several years.

In recent weeks, the white splendor caused a mass rush everywhere, with day tourists flocking to the mountains to take in what they could of the landscape, even with ski lifts shut down all over the country due to coronavirus prevention measures. But by last Sunday it was tranquil on Lake Schliersee — because the next day, January 11, stronger federal government regulations were set to come into force, including a rule forcing people in many high-incidence regions to stay in a 15-kilometer (9.3-mile) radius of their homes. 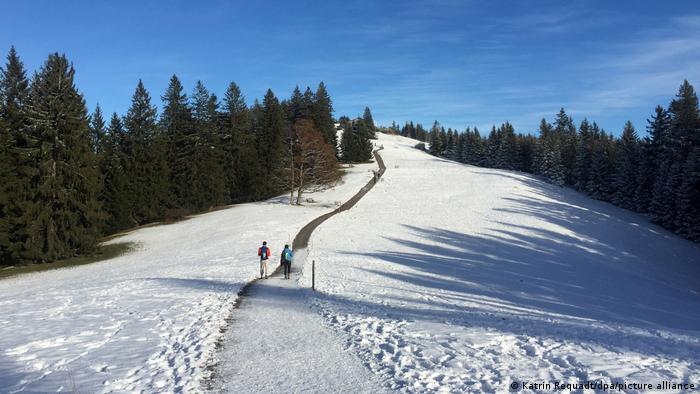 With its lakes and mountains, the Bavarian Oberland region is popular with tourists all year round. For residents of nearby Munich, it is a classic day-trip destination. During the pandemic, however, with urban dwellers in particular going stir-crazy, there have been a raft of problems: Blocked roads, overcrowded parking lots and toboggan slopes, misbehaving visitors and people relieving themselves in public areas, to locals’ consternation.

Conditions like those in the Bavarian Oberland were one reason why the federal and state governments agreed on stricter virus mitigation rules in the first week of January. In addition to contact restrictions, social distancing and hygiene rules, the 15-kilometer rule was instituted.

Bad behavior isn't the only problem

But the situation reveals a sad paradox. Finally, after years of wishing for fresh powder on the slopes, the snow is there and nobody can take advantage of it — neither visitors nor ski lift operators, neither hoteliers nor restaurateurs. Tourism is currently not possible and is indeed dangerous because of the risk of infection: If you talk to people in the foothills of the Alps these days who earn their money with guests, it shows how tricky the situation is.

Guests are welcome, in theory. "The influx was not the problem; it wasn't bigger than usual," says Harald Gmeiner, board member of the tourism association Alpenregion Tegernsee-Schliersee. "We are always happy to have many guests and are used to them, only there is usually no pandemic." The clinics need their capacities for COVID-19 patients and not for people who have had sledding or skiing accidents. 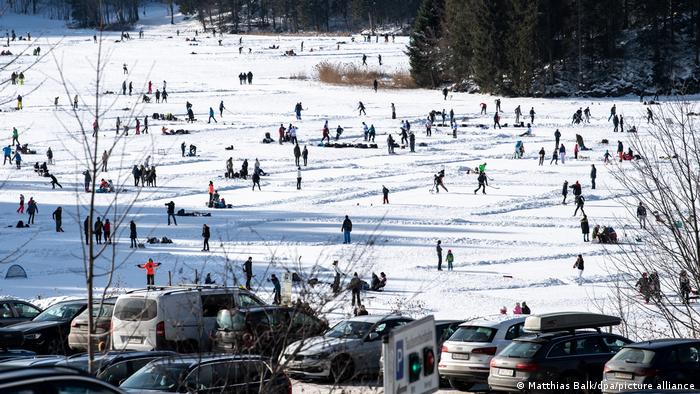 The problem in recent weeks was not the many people — it was that the appropriate tourism infrastructure is simply not available because of pandemic restriction measures. If ski lifts are not in operation, toilets are closed, no parking attendants are on duty and restaurants are not allowed to open, then tourism is not organized and things get chaotic. "About 10% misbehave and leave their rubbish lying around," says Gmeiner. But this minority was more visible in the past few weeks, when masses descended on the area and the usual infrastructure was not operating to attend to them.

Current figures from Germany’s Federal Statistical Office show that the number of overnight stays in hotels and other accommodations fell by more than 72% in November 2020 compared to the same month the year before. Bavaria has been particularly hard-hit. The state is by far the most popular holiday region in Germany; in 2019, hoteliers and restaurateurs still counted more than 100 million overnight stays there. Even in winter, when the ski areas in the German-Austrian border regions in particular attract visitors.

But not these days. In Germany, the gondolas and lifts are shut down due to the pandemic — in contrast to Austria, where hotels are closed but ski areas have been able to open since Christmas. Ski lift operator Egid Stadler can only dream of that. He has not been able to turn on his lifts for tourists once this season, but recently he had so many people coming to park in the lot nearby that he hired a park guide, opened the toilets and in return decided to introduce a parking fee of €5. "The parking lot in front of the ski area was full, not only on the weekends. Sometimes there were 1,000 people there, from sledding families to ski tourists." 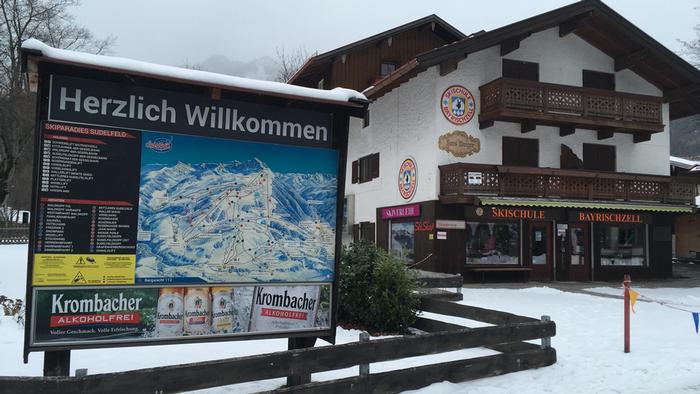 How to manage tourism sustainably

The ski lift operator’s livelihood has nearly disappeared since the pandemic began. He has had practically no income for ten months and will have to repay the amount he took in advance sales for the season tickets. If things continue like this, and if federal aid does not arrive soon, he will go bankrupt, Stadler says. Nevertheless, he takes a more sanguine view of the events of the past few weeks than most: He says he understands that people need to get a dose of nature during the stress of the pandemic. But- he was frustrated to see large groups of people entering his ski area without social distancing or wearing masks.

Now the region is also blocking day tourists, and anyone who comes anyway faces a fine. But Stadler says he believes the measures are the right solution given the situation.

The past few weeks have highlighted a problem that is becoming more and more apparent even in non-pandemic times. In some places tourism takes on a dimension that both locals and nature suffer from. "The trend towards outdoor and hiking tourism means that some regions reached their capacity even before the pandemic," says Jürgen Schmude, tourism researcher at the Ludwig Maximilian University in Munich. In recent years, many destinations have placed particular emphasis on quantity — in other words, on attracting more and more tourists — to their own detriment.

In order to distribute the day trippers better in future, the area’s tourism authorities are implementing a digital platform for public use that monitors historical data showing visitor activity and comparing it to real-time data. The platform allows visitors to check how busy various spots are and reconsider their plans for the day. "If you see in Munich in the morning, for example, that all the parking spaces at Spitzingsee are full, you might take the train to Schliersee instead," says Gmeiner.

But for now it's lockdown, while the snow falls gently on the Bavarian Alps. Egid Stadler looks sadly out of the window. "It really hurts, it would have been such a nice season." He doesn't really want to give up hope that the number of infections will drop and that he can start the ski lifts again later in the season.

People are now aware of climate change. But almost no one wants to do without a holiday flight or cruise. A CO2 tax could change that, says tourism expert Wolfgang Günther.