Controversy over Malta′s EU Commissioner-to-be | Europe | News and current affairs from around the continent | DW | 12.11.2012

In a nomination hearing, Malta's foreign minister Tonio Borg will face questions Tuesday by members of the European Parliament. Greens and Liberals voice doubts about his aptitude as new EU Health Commissioner. 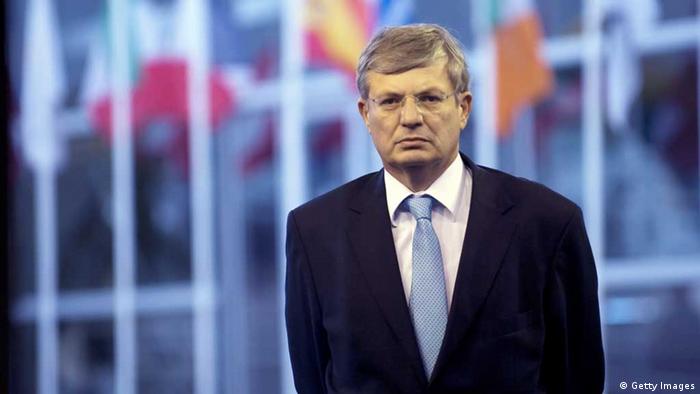 After three hours with Malta's foreign minister on Tuesday (13.11.2012), Members of the European Parliament hope they will have a better idea of whether or not Tonio Borg is a suitable candidate for the post of EU Commissioner for Health.

There is a lot to discuss during the hearing that will be chaired by the chairman of the environment committee, Matthias Groote from the Social Democrats. "We will ask probing questions," Groote told AFP.

Many questions are likely to focus on Borg's alleged involvement in a corruption scandal in Malta. Berlin-based lawyer and the first and only freely elected prime minister of the former East Germany, Lothar de Maizière, sent a letter to the European Parliament last week, asking the committee to look into Borg's role in the case of former Kazakh politician Rakhat Aliyev. 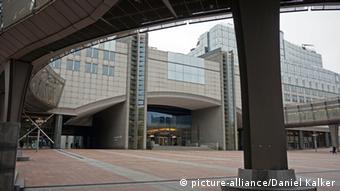 The hearing at the European Parliament will last three hours

Interpol is looking for Aliyev on allegations of murder and torture. He lives in Malta and was given a residency permit a short while ago, according to De Maizière's letter, of which Deutsche Welle received a copy last Friday. Aliyev's wife says that her husband paid 150,000 euros in bribes. Tonio Borg is listed as one of the "witnesses" by the politician's lawyer.

In his letter, De Maizière urged MEPs to ask why Malta's prosecution authorities haven't looked into allegations of torture against Aliyev, which have been brought by two bodyguards of the former head of government Akeshan Kashegeldin, whom De Maizière represents as a lawyer.

After first allegations of Borg's involvement in the case emerged, Tonio Borg had to explain himself to some of his fellow party members in the European Parliament. "He certainly did not receive 150,000 euros," Conservative MEP Elmar Brok told DW, after he spoke to Borg on the phone, "it all seems OK, from a legal point of view."

But other MEPs urged European Commission President José-Manuel Barroso to withdraw Tonio Borg's nomination altogether. Holger Krahmer from the Liberals said a court had to look into the allegations first. 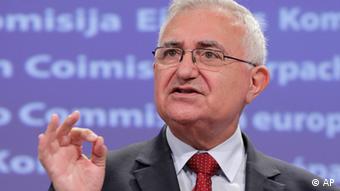 Other MEPs have criticized the way in which the Commission has dealt with the task of finding a successor for the Maltese politician John Dalli, who had to resign as Commissioner for Public Health in mid-October amid speculation about corruption. Dalli denies all charges.

"It's the typical case," said Franziska Brantner from the Greens, "the Commission asks the same member state to present a candidate. They then present somebody whose competence for the portfolio that is already a given is far from clear," she told DW. "And this time, it all had to happen very quickly. I don't believe the Commission looked into all the allegations surrounding Mr. Borg before they appointed him as a nominee."

But even if Borg manages to convince parliamentarians of his innocence, said Brantner, the Greens and the Liberals oppose the 55-year-old as a member of the European Commission for a whole range of other reasons: "Above all, it's his positions when it comes to the portfolio. After the referendum in Malta about divorce laws, he still says that women don't have the right to file for divorce, for instance." 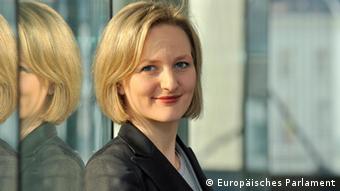 MEP Franziska Brantner from the Greens

Tonio Borg will likely also face questions about his position concerning rights of homosexuals and on the topic of abortion. "Apart from his antiquated and discriminatory perceptions when it comes to equality of women and homosexuals, Borg has also not exactly covered himself in glory in his [earlier] position as interior minister of Malta when it comes to dealing with refugees," said Liberal MEP Nadja Hirsch in a written press statement.

Together with eight non-governmental organizations, the Greens and the Liberals issued a statement on Monday, saying some of Borg's previous actions and campaigns would "prevent him from being an impartial Commissioner", adding that that was true "especially for the public health portfolio."

After the hearing, the political group coordinators in the parliamentary committees involved will convene to agree on a statement with their evaluation of the nominee. But since the Greens and the Liberals have voiced their concerns about Tonio Borg's aptitude so publicly already, it is not likely that the groups will be able to reach any sort of agreement within the usual 24 hours.

In an unprecedented move, EU Health Commissioner John Dalli has resigned after an investigation connected him to an attempt to influence EU tobacco legislation. Anti-fraud campaigners have welcomed the move. (17.10.2012)

Some politicians, including the European justice commissioner, are calling for more women to enter the top floors of European companies. But others counter that gender is not important and only skills count. (25.10.2012)