EU divided over issue of gender quotas | Europe | News and current affairs from around the continent | DW | 25.10.2012

Some politicians, including the European justice commissioner, are calling for more women to enter the top floors of European companies. But others counter that gender is not important and only skills count. 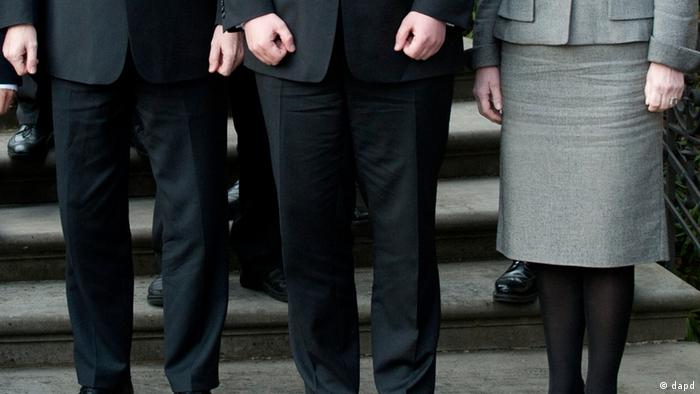 It was the women of the European Commission who spoke out against a possible quota for women in the top levels of European corporations. Among them were European foreign policy chief Catherine Ashton, Dutch Vice President for the Digital Agenda Neelie Kroes, Swedish EU Commissioner for Interior Affairs Cecilia Malmström and the Danish Climate Action Commissioner Connie Hedegaard who rejected the idea of a quota. 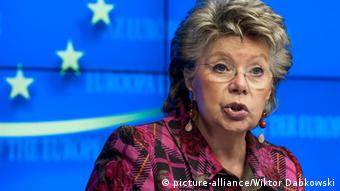 Reding has pushed for a quota on women in the boardroom

Monetary Affairs Commissioner Olli Rehn and Internal Market Commissioner Michel Barnier on the other hand backed EU Justice Commissioner Viviane Reding's call for a quota. They had pushed for a law requiring women to make up at least 40-percent of listed companies' boards. The objective was to achieve this by 2020. Now that needs to be re-evaluated and a decision from the commission is expected in November.

Across the EU, there is no one uniform practice. In Germany, instituting a quota for women is disputed. France put one in place recently. Italy and the Netherlands also have a corresponding law. In the UK, there is no quota. It's not surprising then that the British are among the nine EU member states that intend to vote against the quota.

In Scandinavian countries, where women in the workplace receive additional benefits, there has been a rather negative experience with quota systems, said Luxembourg MEP Astrid Lulling.

The European Parliament has to vote on the women's quota - and it is divided on the issue. Lulling said she opposes the quota and cites studies proving its failure, especially in the Nordic countries. Before the law was enacted in Norway there were more than 600 publicly listed companies. Three years later, that number dropped to a little over 300, Lulling said, adding that "most of them said it had to do with the quota." 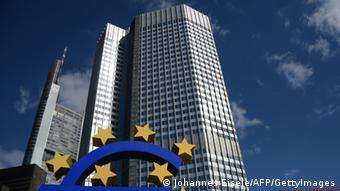 If only listed companies with a certain minimum turnover and a certain number of employees have to introduce a quota for women, then companies could try and circumvent these conditions - fewer employees, smaller turnover and not listing on the stock exchange, Lulling said. Norwegian women who have been given positions in the private sector through the need to fill quota positions would be called 'gold skirts,' she says mockingly.

The 83-year-old parliamentarian is part of the European People's Party (EVP). The long-standing European politician studied economics and believes the secret of success is not in the quota but in the career choice.

"Why don't we have women governing the Central Bank in many countries? Because women who are now at the age to enter into these positions, didn't study mathematics, finance, business administration or economics," she said. "So, it is a bit difficult to take on these positions."

Lulling said she also has reservations about the quota for women, because it can be abused. She pointed to the example of giving a position to a woman where one of the male candidates was not particularly liked. As a current example she names Yves Mersch. 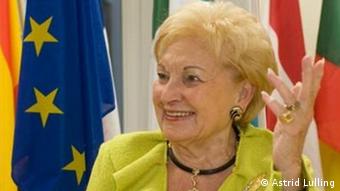 On Monday evening (22.10.2012), the European Parliament's economic affairs committee rejected his nomination because it would result in an all-male board at the ECB. Lulling, however, believes Mersch was rejected simply because many of the committee's members didn't agree with him politically.

She said she told the committee she didn't care about Mersch's gender: "What I am interested in is competence - this is about my money, too. I want capable people." She said she was looking forward to competent women who can take on a board position in the future.

On Thursday, EU parliamentarians voted to reject Mersch. The count was 325 to 300, with 49 abstaining. The Social Democrats and Greens earlier had already signaled they would vote against him. The vote may not be binding, but it was nevertheless important for Mersch as a decision-maker in the euro crisis. His being turned down for the post could now affect the future of fellow Luxembourger Jean-Claude Juncker, who previously declared that he would only continue as head of the Eurogroup panel, if Mersch were elected to the ECB's board of directors.

The vote is embarrassing for the EU leadership which had pressed parliament to endorse Mersch after its economic affairs committee had turned him down on Monday.

European President Herman Van Rompuy said Tuesday that the committee vote was "an understandable expression of concern that a great deal remains to be achieved, notably regarding the European Central Bank."

"In order to realize the equality of women and men, we need laws and rules," "That includes a quota" in EU institutions, Rebecca Harms of the European Greens said.

That is utter nonsense, according to Godfrey Bloom of the Europe of Freedom and Democracy group (EFD): Businesswomen who worked hard all their lives to get a responsible position, "are now to be patronized by a quota."

Germany’s upper house of parliament has voted to force big companies to fill 40 percent of the positions on their supervisory boards with women. This decision is blow to Angela Merkel’s ruling coalition in Berlin. (21.09.2012)

The European Commission is increasing pressure on big companies to elevate more women to top positions. Forty percent of supervisory board members are to be women by 2020, according to EU Commissioner Viviane Reding. (03.09.2012)