Controversial visit to Crimea by French politicians | Europe | News and current affairs from around the continent | DW | 28.07.2016

For the second time, a group of French politicians visits the Crimean peninsula, which was annexed by Russia. Ukraine has reacted with irritation because the guests will attend a Russian military parade. 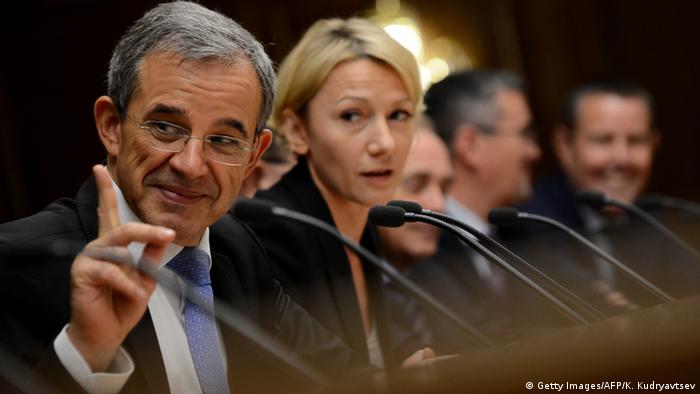 Since Russia annexed Crimea from Ukraine, the peninsula has rarely seen western politicians as guests. When, on Friday, eleven conservative parliamentarians from France, including National Assembly delegates and senators, travel to Crimea for three days, Moscow is likely to roll out the red carpet for them.

Head of the delegation is Thierry Mariani (pictured above, left), an MP of the opposition party "The Republicans" and a former transport minister serving in the government of then-president Nicolas Sarkozy. Only one year ago, the 57-year-old had visited Crimea with a similar delegation in tow. The reason behind the visit, he said, was his desire to talk to the local residents. Mariani expressed understanding for the annexation of Crimea, a stance for which he drew criticism, both from Paris and from Kyiv. The Council of Europe's Parliamentary Assembly - of which Mariani is a member as well - also criticized his Crimean journey.

The highlight of the trip is scheduled for Sunday. For the first time, French politicians are to witness the Black Sea Fleet flexing its muscles in Sevastopol on Russian Navy Day. Simultaneously, the event demonstrates that Russia lays claim to the peninsula. This time, more than 20 warships are scheduled to take part in the show.

To Oleh Shamshur, those circumstances are "appalling." This was no responsible action by a politician, said the Ukrainian ambassador to France, talking to DW. "Especially when you consider the role played by the Black Sea Fleet in the course of the annexation," Shamshur added. In March 2014, Russian troops stationed in Crimea blocked Ukrainian bases and effectively occupied the peninsula. 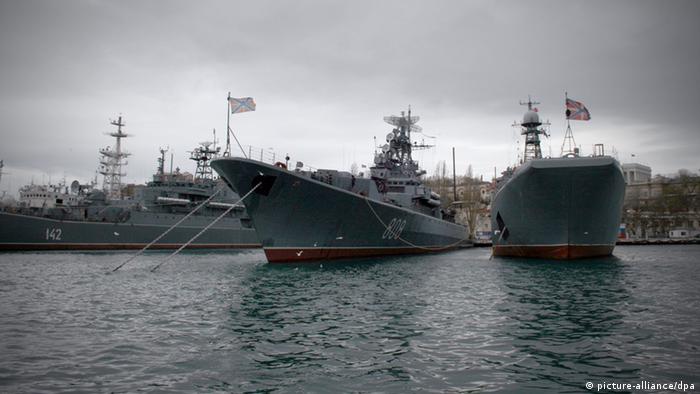 For years, Thierry Mariani has been nurturing close ties to Russia. He has been a National Assembly MP for 20 years and, since 2012, has been representing French citizens living abroad, including those who reside in Russia and Ukraine. "He regards those journeys - such as the one to Crimea now - as visits to the electorate, as it were," said Ronja Kempin, a France expert at the Berlin-based German Institute for International and Security Affairs. Within his area of responsibility he was entitled to make them, she added.

Also since 2012, Mariani has been co-chair of the NGO "French-Russian Dialogue Association," which is committed to "strengthening strategic relations" between both nations. On the Russian side, the post of co-chair is held by Vladimir Yakunin, previously - until 2015 - the powerful head of the Russian Railway. According to several media, Yakunin is a former intelligence service officer and a confidante of President Vladimir Putin. Privately, Mariani has very good contacts to Russia as well. His wife Irina, to whom he's been married for more than ten years, hails from Yekaterinburg. A DW interview request remained unanswered by the French politician.

According to Kempin, Mariani is an influential politician who does not, however, "belong to the core political elite anymore." The political analyst pointed out that the French conservatives have traditionally "maintained excellent relations with Moscow." The reasons behind this were multifaceted, running the gamut from history to current international politics and the joint membership in the UN Security Council. "In both nations, particularly in France among conservative circles, there's also a considerable anti-Americanism which provides a strong political bond between both sides," said Kempin. The Russian annexation of Crimea had hardly had a bearing on that attitude, she went on.

Mariani also was the driving force behind a resolution adopted by the French National Assembly in April, which calls for an end to the European Union's sanctions against Russia, imposed because of the Ukraine crisis. "Those are delegates who are very much at home in rural France," said Kempin, adding that "it is well-known that the sanctions affect French farmers in particular." And yet, Kempin advises not to overestimate their influence: "It's a minority, if a boisterous one." The majority of the French, roughly 70 percent, were critical of Russia.

Until very recently it was not clear whether the leader of the extremist right-wing National Front (FN) party, Marine Le Pen, will visit Crimea. Vladimir Komoyedov, the head of the defense committee of Russia's parliament, announced at the beginning of July that he had invited her to attend the Russian Navy Day. Le Pen had only been to Russia in April this year. In May, when interviewed by Russian international broadcaster Russia Today (RT), she promised that she would recognize Crimea as Russian territory if she were elected French president. Her FN party has nurtured close ties to Moscow and received - according to various media reports - a multimillion-euro loan from a Russian bank some years ago.

Russian Journalist Pavel Sheremet's killing is one of Ukraine's most politically-charged murders in years. He died when the car he was driving exploded. It is unclear if he was the intended target. (20.07.2016)