Russian Journalist Pavel Sheremet's killing is one of Ukraine's most politically-charged murders in years. He died when the car he was driving exploded. It is unclear if he was the intended target. 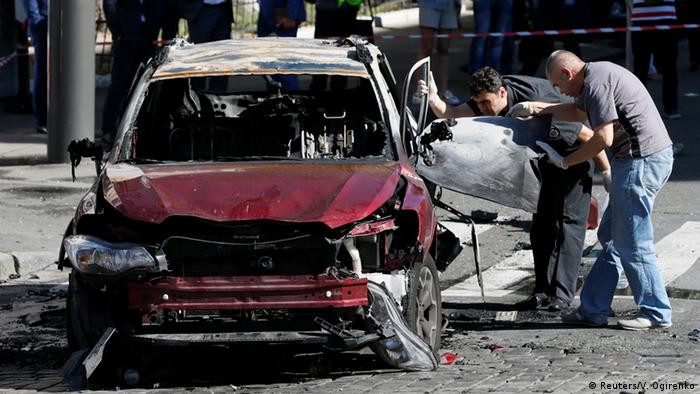 It happened at an intersection in the heart of Kyiv, not far from the German embassy and in morning rush-hour traffic. Pavel Sheremet was on his way to work on Wednesday morning when his car suddenly exploded at 7:45 a.m. local time. A passerby tried to save the 44-year-old journalist, pulling him from the wreckage, but Sheremet died at the scene of the bombing.

Never before has a journalist been killed by a car bomb in Ukraine. Not only are colleagues upset, politicians and everyday citizens are disgusted, shocked and perplexed. There have also been concerned reactions from abroad. The Organization for Security and Cooperation in Europe's (OSCE) representative for Freedom of the Media, Dunya Miyatovich, made a statement calling for the immediate investigation of the murder. Christopher Dreyer from Reporters Without Borders issued a similar statement.

"It is important that Ukrainian authorities investigate very quickly, thoroughly and independently," he told DW. "Unfortunately, that has not always been the case in the past."

Sheremet, a Russian citizen, lived in Ukraine for years and was known to a wide audience. He wrote blog articles for the popular online newspaper Ukrainska Pravda, moderated radio shows and was a welcome guest on political talk shows. Sheremet was a pro. His appearances were prudent - he never dealt with scandals, instead he recently began managing and training journalists. His colleagues are asking why, of all people, Sheremet would be the target of such a brutal attack. The answer likely lies in the journalist's past.

A critic of Lukashenko

Born 1971 in the Belarusian capital, Minsk, Sheremet began his career there as the editor-in-chief of a business newspaper. In the 1990s he made a name for himself as a correspondent for the Russian state broadcaster ORT. In 1997, Sheremet was arrested by Belarusian authorities while filming at the Belarus-Lithuania border. He was later sentenced to a two year suspended sentence for an illegal border crossing after being held in custody for about three months.

Sheremet was known as a critic of Belarusian President Alexander Lukashenko. He also founded and ran the internet portal Belorusskiy Partisan, which is critical of the government. On Wednesday, Belarusian opposition politician Pavel Znavets took to his blog on the site to write that Belarus security services were likely responsible for Sheremet's death, pointing to previous criticisms of Lukashenko as the reason. 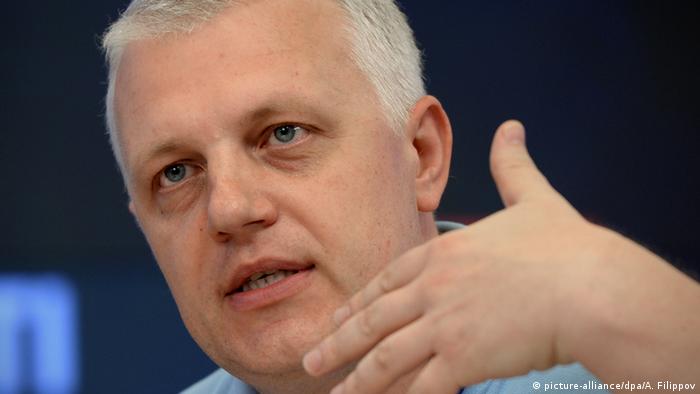 Not wanted on Russian television

Following his conviction, Sheremet could no longer work in Belarus and then got involved with Russian television. Among the places he worked was the influential state-run Channel One, where he was editor-in-chief and a star anchor. He left the station in 2008. Sheremet explained that he had taken the drastic step due to the pressure over his criticism of the Kremlin, and warnings Russia was heading down the same authoritarian path as Belarus.

In 2013, Sheremet became the moderator of a political talk show at the newly founded Russian channel OTR, which positioned itself as an independent public television channel. Yet, as early as 2014, when Sheremet criticized Russia's annexation of Crimea, the station was bombarded with complaints.

"I consider the annexation of Crimea and support for the separatists in Eastern Ukraine to be a bloody adventure and a fatal political blunder for Russia," wrote Sheremet on his Facebook page when he announced his departure from the station.

Was another journalist the target?

Sheremet never backed off of his criticism of Russia, even after moving to Kyiv. "Putin's goal is to conquer the whole of Ukraine," he said in a number of Ukrainian talk shows. On his blog at Ukrainska Pravda, the journalist warned against a massive all-out war between Ukraine and Russia. Observers in Kyiv say that such statements may have led to his downfall. Sheremet was also a close friend of Boris Nemtsov, the Russian opposition politician who was shot to death in front of the Kremlin in 2015.

Police are also not discounting the possibility that Sheremet was coincidentally killed, and that the true target of the attack was his girlfriend, Olena Prytula. She was one of the original founders of Ukrainska Pravda and had served as its editor-in-chief until very recently. Sheremet was driving Prytula's car when he was killed.

For Prytula, Sheremet's death will no doubt bring back memories of one of Ukraine's most politically charged killings of a journalist to date. In September 2000, Georgiy Gongadze, who was critical of the government and a co-founder of Ukrainska Pravda, was kidnapped and killed by police in Kyiv. Following Sheremet's killing, the Ukrainian government has offered Prytula police protection.

Attacks on journalists were not uncommon in the first decade of Ukrainian independence. Many of them were kidnapped and intimidated, others were killed. Then there was a long period of relative calm. Journalists have been under threat once again in the wake of the annexation of Crimea and the outbreak of war in eastern Ukraine. Most recently, the pro-Russian publisher Oles Buzina was shot and killed in Kyiv, in April 2015.

A car bomb in Kiev has killed the award-winning journalist Pavel Sheremet. The Ukraine-based reporter had been a friend of Boris Nemtsov, the Russian opposition leader who was shot dead in Moscow last year. (20.07.2016)