Speculation about the so-called "Vatileaks" affair is rife, following the arrest of the pope's own personal butler. But at the moment there are more questions than answers. 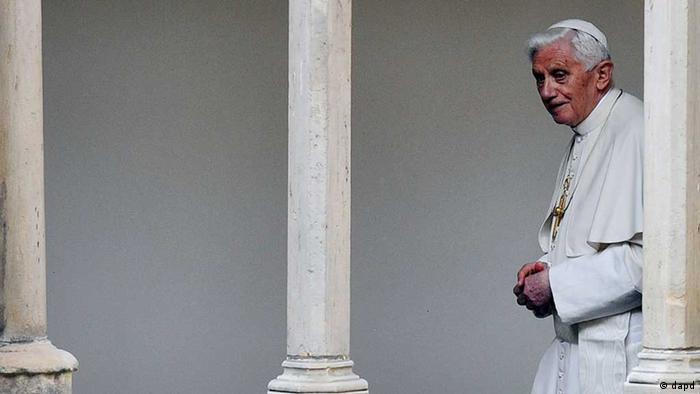 It's a case of intrigue, betrayal, and secret documents that would make a good plot for a thriller: Paolo Gabriele, personal butler to Pope Benedict XVI, was allegedly a mole who passed confidential Vatican information to the press, uncovering alleged corruption, cronyism and mismanagement at the heart of the Roman Catholic Church - he even passed on details of an alleged murder plot against Benedict himself.

Gabriele's arrest last week was the initial culmination of an affair dubbed "Vatileaks" by the Vatican itself. "The butler's arrest is the affair's dramatic climax, because there is no one nearer to the pope," said Ludwig Ring-Eifel, editor-in-chief of the German Catholic News Agency (KNA).

Gabriele has been at Pope Benedict's side since 2006. As the Italian newspaper Libero said, the 46-year-old father of three is probably the only human being who has ever seen the pontiff in his pyjamas. He helped him dress, served his food and prepared his bedroom. He was often to be seen at the pope's side in public, accompanying him to a general audience or keeping the rain off him as he toured the world. 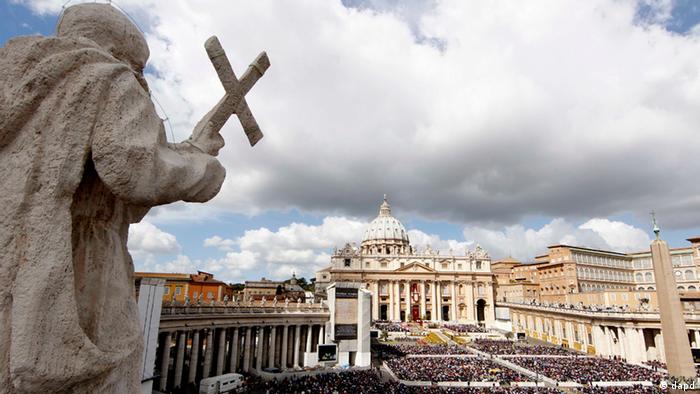 Rome has been rife with intrigue following Gabriele's arrest

What the butler saw

As the "Maggiordomo," Gabriele was, along with private secretaries Georg Gänswein and Alfred Xuereb and four attendant nuns, among the church leader's closest servants. It is this, as well as the book "Sua Santità" (His Holiness) by TV journalist Gianluigi Nuzzi, that apparently led investigators to the butler's door.

This book, which contains the pope's private correspondence and a number of "Vatileaks" revelations, also includes facsimiles of documents relating to the Joseph Ratzinger-Papst-Benedikt-XVI Foundation. One of these, written by Gänswein, ordered a transfer from the foundation to the Vatican's bank IOR. This document was not registered in the Holy See archive, and so could only have come from the desk of the pope himself or that of his private secretary.

That means that the leak must have come from someone who had access to the pope's apartment. A search of Gabriele's private quarters yielded four boxes of secret documents, apparently confirming the initial suspicion. But as far as the Vatican is concerned, the case has not been closed by his arrest - there are still far too many questions that need answering.

Since the Vatican is being its usual cagey self about releasing information, the Italian media has been rife with conspiracy theories this week. But the only consensus among them is that Gabriele was not working alone. "We're talking about an individual who had neither the will nor the opportunity to organize this alone," said Marco Tosatti, Vatican expert for the Turin daily Stampa. "I think there is someone behind it, maybe someone high-ranking, who put him up to it." 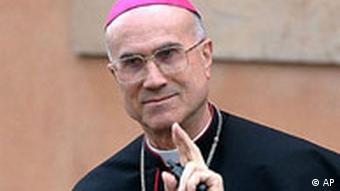 Many believe the leaks were meant to undermine Bertone's powerbase

The Corriere della Sera newspaper reported that an Italian cardinal had raised investigators' suspicions - a claim immediately denied by Vatican spokesman Federico Lombardi. But this did little to stop speculation about power struggles at the top of the Roman Curia.

Several dailies have published anonymous interviews with people claiming to have helped pass on information. All these sources agreed that the purpose of such activities had been to provide a counterbalance to the dominance of papal Secretary of State Tarcisio Bertone, who allegedly prevented his followers' corrupt machinations from being unmasked.

Ring-Eifel also thinks that the "Vatileaks" were directed against Bertone and his methods, but he doesn't believe that it's part of a major power struggle. "That would mean that there are two different groups that are fighting for power in the Vatican," he said. "But I don't see anything like that. It's more about different styles of government and communication. I think there really were several people involved, who want the Vatican to be more transparent and open. That could have been the main motive of these people."

At the moment, only Gabriele can illuminate all the darkness. After initially keeping silent, he has now agreed to cooperate with the authorities. Lombardi announced on Tuesday that formal questioning would begin "at the end of this week or the beginning of next week." Until then, at least, Italy will be rife with its juicy theories about intrigues and power struggles.

There could be a number of explanations for why Ettore Gotti Tedeschi was asked to step down as head of the Vatican bank. The Holy See, however, has remained tight-lipped about the reasons. (26.05.2012)

Police say that they have detained an individual on suspicion of leaking confidential Vatican documents. The Vatican has confirmed that the man is Pope Benedict XVI's butler. (26.05.2012)

Breaking and finding new paths, leaving things behind in order to discover new beginnings - that is what the Central Committee of German Catholics (ZdK) has described as its motto for its biannual conference. (17.05.2012)

Megan Williams reports on the VatiLeaks scandal in Rome

Joe Biden, the pope and the looming schism in America's Catholic Church 24.01.2021