Washington is believed to have paid millions of dollars to ex-Nazis in a scheme to get them to leave the US after suspicion of their wartime activities came to light. Congress now wants to put a stop to those payments. 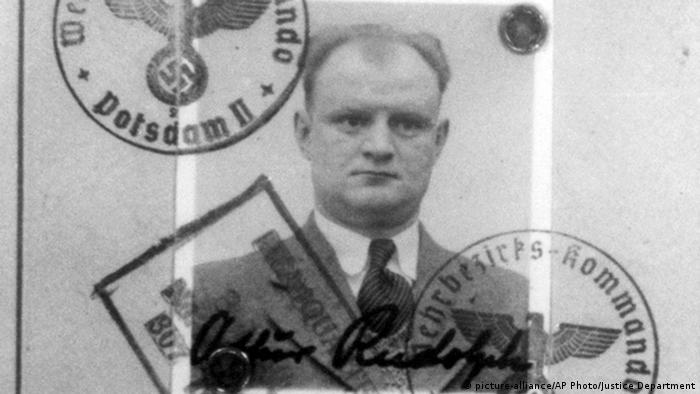 A group of Democrat and Republican lawmakers presented legislation in Washington on Thursday to strip former Nazis of US government retirement benefits, insisting that taxpayers should not be financing the retirement of anyone who participated in the Third Reich's atrocities.

"The American taxpayer should not be subsidizing the retirements of those guilty of the worst atrocities in human history," said Democratic Representative Caroyln Maloney, one of the co-writers of the bill.

The bipartisan group hopes to pass the Nazi Social Security Benefits Termination Act through the lower House of Representatives and the Senate before the new Congress takes office in January.

The proposed measure follows an exclusive report by the Associated Press news agency that found that dozens of elderly suspected war criminals were collecting pension benefits earned when the individuals paid into the government's retirement program while working in the United States.

According to the AP investigation, the recipients lied about their wartime activities to enter the US following Worl War II, and the Justice Department - after having found this out - used a loophole to persuade Nazi suspects to leave the in exchange for Social Security benefits.

If they agreed to go voluntarily, or simply fled the country before being deported, they could keep their Social Security benefits. The Justice Department denied using Social Security payments as an incentive to get former Nazis to leave the country.

Republican Representative Leonard Lance said that Congress "must close this loophole and right this wrong in the name of the lives that were lost."

"To think Nazis are living off the tax funds of the children of liberators is sickening and morally wrong,' he said.

The US Social Security Administration has refused inquiries as to how many former Nazis have received such payments and the total amount of money paid out.