As part of a deal with Britain, the first Chinese nuclear power station in Europe could be built just 90 kilometers from London. Local residents are concerned about national security, the environment and safety. 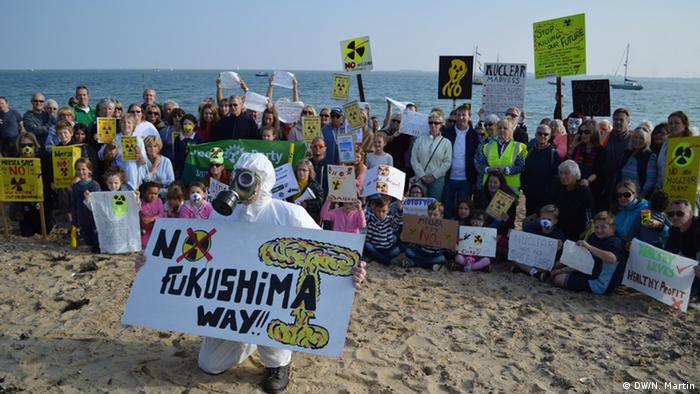 On a crisp, October Sunday along England's Blackwater Estuary, hundreds of people gathered to protest against plans to allow China to build a new nuclear power station on the site of a recently retired atomic plant.

Campaigners believe Beijing is being offered the chance to design, build and manage its own nuclear project at Bradwell, on the east coast, as a sweetener to encourage China to invest in other nuclear power stations - including one at Hinkley Point in Somerset.

Under proposals signed on October 21st during Chinese President Xi JinPing's visit to London, China will get authorization to install its latest technological jewel, the Hualong One reactor.

Local residents are convinced that British leaders are putting environmental, safety and national security concerns to one side so the UK can be seen as the most open trading partner with China.

“Bradwell is potentially the pawn in the deal; the Chinese want a site that they can develop themselves in their own way,” said local resident Sophie Weaver, who drummed up support for the protest on Social Media. 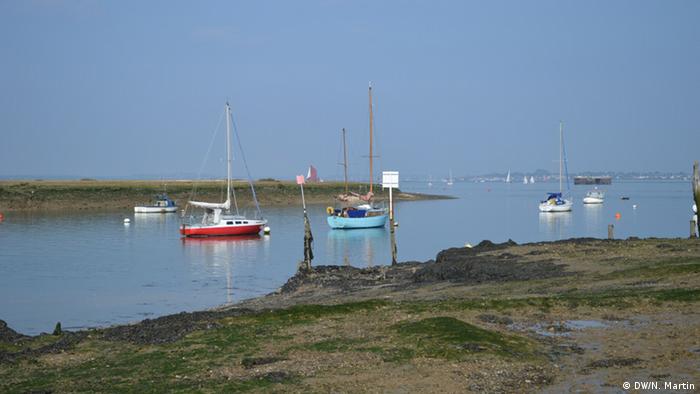 Protesters say nuclear power is a threat to the idyllic estuary of Bradwell-on-Sea .

Weaver believes British Finance Minister George Osborne is sacrificing Bradwell on Sea and the nearby estuary to encourage Chinese investment in other sites. The deal announced on Wednesday has been described as the biggest inward investment ever in the UK.

Bradwell is well known for its fishing and oyster industry. Just a few kilometers away are three nature reserves and Europe's largest offshore wind farm, in the North Sea.

Decommissioning the 50-year-old reactor began more than a decade ago. It's less than exemplary safety record has been well publicized. In 2009, the plant's current owners Magnox were fined hundreds of thousands of euros after a radioactive leak remained undiscovered for 14 years. 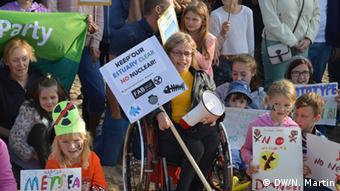 He described as “utter madness,” the decision to continue to pollute an already contaminated river, adding that the estuary needs time to recover.

No compromise on safety

The government's atomic experts say the materials being discharged are part of the decommissioning process, and are perfectly safe.

Playing down fears that a key part of Britain's power infrastructure could be held to ransom or sabotaged in the event of an international dispute, ministers have insisted that Chinese state-owned nuclear companies would have to adhere to the UK's strict safety rules. 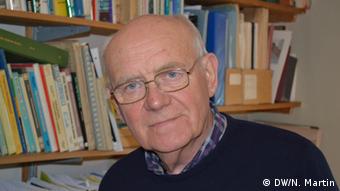 Blower says the site is unsuitable for a nuclear station.

But Andrew Blowers, the chairman of long-time campaign group Blackwell Against New Nuclear Group (BANNG) thinks another major security issue is being ignored.

“That site is a) on a coastline that is sinking and b) in an area where the sea level is rising,” Blowers told DW.

“Add to that the fact of climatic disturbance, coastal changes and surges and so on...we're talking about very dangerous materials on a very vulnerable site, liable to inundation,” he added.

BANNG gathered 10,000 signatures from the nearby rural area in an effort to stop Bradwell being added to the list of potential new nuclear sites.

Local groups believe the natural design of the Blackwater estuary is incongruent with the demands of the proposed plant, which will require “colossal volumes of water” to cool the reactor and fuel rods.

“The Blackwater estuary is shallow and the movement of the water in and out is very slow. It takes something like 10 days for it to refresh,” said Blowers, who previously sat on UK government committees dealing with the management of radioactive waste.

He added that the area would be unsuitable for a power station three times the size of the original site.

“It's one of the most important salt marsh, mudflat, wildlife areas in the country. Why would you build a nuclear power station here?” asks environmental campaigner, Farley.

But skepticism remains over whether campaigners from a few tiny villages in eastern England can hold back the world's newest superpower from realizing its ambition of exporting its own nuclear technology.

Supporters of the deal say the UK has allowed its own nuclear and coal-fueled power sector to crumble. Now faced with a potential energy crunch, and the potential for regular blackouts, many analysts think British Prime Minister David Cameron has very little choice.

Others are calling on the government to re-think its policy on renewable energies. Earlier this year the government made substantial cuts to incentives for wind and solar power.

Britain and China have signed numerous commercial deals worth billions during Chinese President Xi Jinping's state visit, including a nuclear power deal. Critics have harsly debated the merit of the "historic agreement." (21.10.2015)

The Chinese president visits London: No criticism in the new 'golden age'

The British government and the Queen are receiving the Chinese president with honors. The most important aspect of his visit is monetary investment; human rights issues are being discreetly swept under the red carpet. (20.10.2015)