He had planned to go to India, but Christopher Columbus discovered America. Columbus Day on October 12 reminds Americans and Spaniards of that fact. However, it reminds indigenous people of a brutal history of conquest. 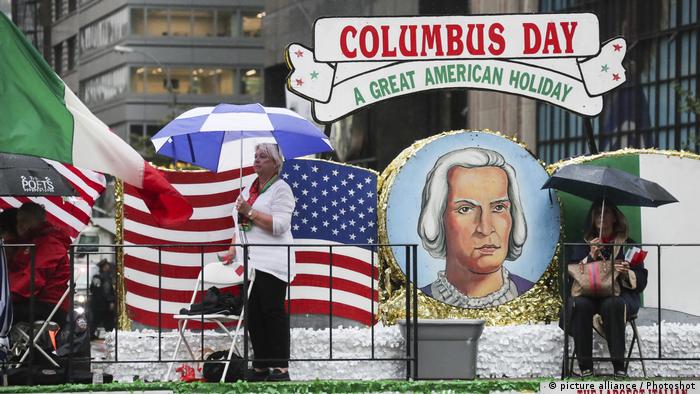 It is a holiday honoring the Italian seafarer and explorer Christopher Columbus (1451-1506): He arrived in the "New World" on October 12, 1492, in the service of the Spanish crown. Columbus Day seeks to commemorate the historic event.

However, for many people, especially in Latin America, Columbus symbolizes the beginning of a painful history. Ultimately, the era of Spanish colonialism in the Americas began with his discovery – a dark chapter representing genocide and centuries of repression in the eyes of many indigenous people. Columbus Day remains highly controversial. Nevertheless, it is still celebrated, albeit under different names in different places around the world.

Commemorations of Columbus have a long tradition in the USA. Celebrations began along the East Coast as early as the late 17th century. Columbus Day became a federal holiday in the USA in 1937. In 1968 it became a movable public holiday, taking place on the second Monday in October – celebrated this year on October 9. As every year, it was celebrated with big parades in cities like New York.

But the holiday has become increasingly contentious in the USA as well. Some states have renamed it "Indigenous People's Day," or "Native American Day." The idea: The day should be used as an opportunity to honor the memory of the victims of colonization – and not to glorify the brutal conquest and exploitation of Native Americans that followed as a result of Columbus' discovery.

A number of Columbus statues around the country were spattered with blood red paint again this year in protest of that history. The idea of a holiday honoring America's indigenous people, however, infuriates one particular group – Italian-Americans. They argue that Columbus Day is a celebration of the history of immigration. Columbus was, after all, an Italian. 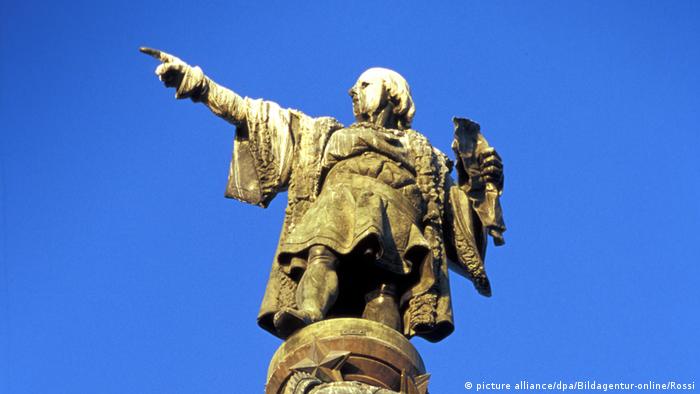 Columbus conquered the New World in the name of the Spanish crown. His discovery of the Americas initiated the age of Spanish colonial conquest. The Spanish today argue that the day serves to commemorate the ties that bind the Spanish-speaking world. It is a symbol of how Spanish language and culture spread from Europe to the Americas. Many Spanish refer to October 12 as "Dia de la Hispanidad," or "Hispanic Day." Since 1987, its official title has been "Fiesta Nacional de Espana," and it is celebrated as a national holiday.

This year, too, it was celebrated with a major military parade in Madrid, attended by King Felipe VI and Prime Minister Mariano Rajoy. Celebrations this year, however, were overshadowed by the ongoing crisis in Catalonia. The thousands of Spanish flags on display during the celebration were intended to portray Spanish unity. But this year they more likely symbolized protest against the threat of Catalonian secession.

The struggle for Catalonia

One day – many names

"Dia de la Raza," or "The Day of the Races," is the controversial name given to Columbus Day in some Latin American countries. A number of countries have subsequently changed the name due to massive protests by indigenous peoples. These have sought to shift the day's focus away from Columbus and Spain, and to focus instead on their own history and culture.

In 2002, Venezuela renamed Columbus Day "Dia de la Resistencia Indigena," the "Day of Indigenous Resistance." It is known as the "Day of Respect for Cultural Diversity" in Argentina; "Decolonization Day" in Bolivia; the "Day of Interculturality" in Ecuador; and the "Day of the Discovery of the Two Worlds" in Chile.

How to deal with one's colonial heritage? That is a question that challenges many countries around the world – whether that means those who were brutally conquered, or their conquerers, even here in Europe. Whether it is statues, monuments or street names – one is still confronted with this controversial historical figure wherever one goes. Yet many of these monuments have been called into question of late – not least by affected minorities, the descendants of those who originally bore the yoke of oppression.

Magellan and the world's first circumnavigation 06.09.2022

Portuguese explorer Ferdinand Magellan died before his fleet completed the first circumnavigation of the Earth 500 years ago, on September 6, 1522.