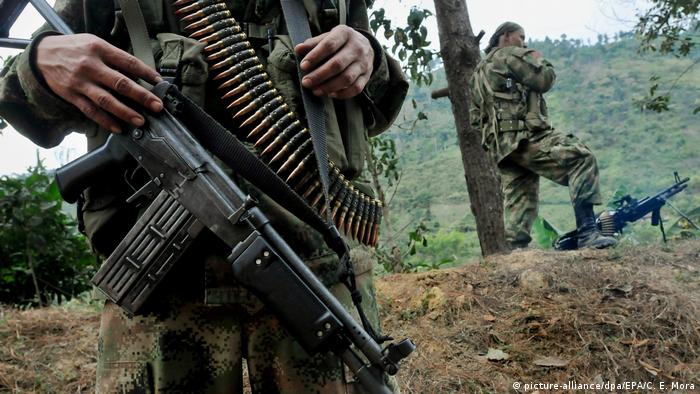 Former FARC commander Luciano Marin on Thursday said he and other ex-rebels would once again take up arms against Colombia's "oligarchy" only three years after giving up violence following a grueling peace process.

Marin, better known by his guerilla name Ivan Marquez, said the call to arms marked "a new phase in the armed struggle." He accused the government of withdrawing from key parts of the peace process and failing to guarantee safety for social leaders.

"More than 500 social leaders have been killed and 150 guerrilla fighters are dead amid indifference and indolence on the part of the state," Marin said in a video published on YouTube. "We were never defeated ideologically. Therefore, the fight continues."

Marin said the new campaign of violence would not target police and soldiers who are "respectful of the people's interests." Civilians would also not be targeted in ransom schemes, he added. 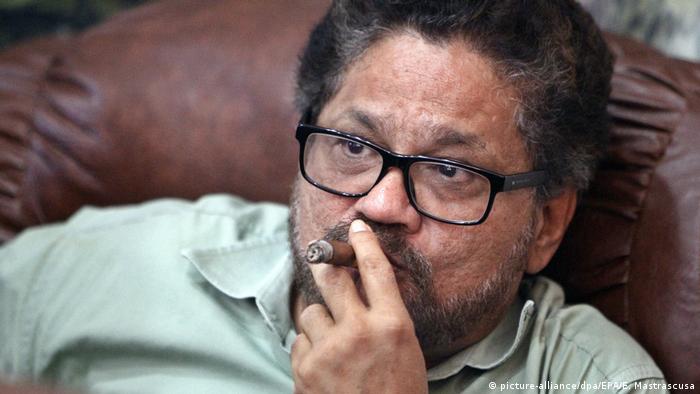 Colombian President Ivan Duque accused the Venezuelan government of harboring Marin and his comrades, saying they should be dealt with swiftly.

"I have ordered the creation of a special unit for the persecution of these criminals with reinforced intelligence, investigation and mobility capabilities throughout Colombian territory," Duque said.

The government's peace commissioner, Miguel Ceballos, described the development as "very worrying," saying: "Unfortunately, these people had already made clear, by their behavior, that they turned their backs on the peace accord."

As part of the peace process, FARC re-branded as a political party. Party leader Rodrigo Londono dismissed Marin's call to arms, saying: "The common goal for the vast majority is peace in Colombia."

Read more: History will not be forgotten in Colombia

'Fight for peace will not stop'

Former Colombian President Juan Manuel Santos, who was awarded a Nobel Peace Prize for his part in ending the conflict, said 90% of FARC continued to adhere to the peace process.

"We need to continue keeping our promises to them," said Santos. "Defectors need to be forcefully repressed. The fight for peace will not stop."

In 1964, FARC rebels launched an insurgency in response to the Colombian government's brutal repression of a peasant uprising. The brutal conflict left more than 250,000 people dead, seven million displaced and 50,000 disappeared.