On Sunday, Colombians head to the polls to pick a new president. Whoever wins will play a crucial role in the country's ongoing peace process. Below, we detail the most important steps taken so far. 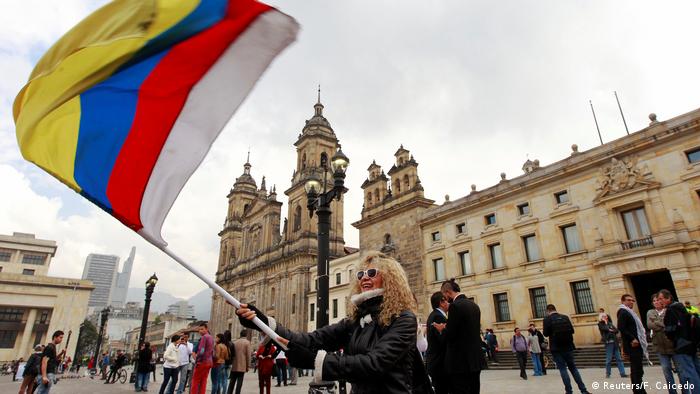 In November 2016, the Revolutionary Armed Forces of Colombia (FARC) guerrilla group and Colombia's government signed a second, revised peace deal, ending more than five decades of violent conflict. And despite occasional setbacks, Colombia's peace process seems to be on the right track. One high-ranking figure, however, rejects the peace deal: Ivan Duque, who is running as the Democratic Center's candidate inthis Sunday's presidential elections. Critics allege that Duque is former president Alvaro Uribe's puppet. Uribe had previously led the camp opposing the first peace deal signed in August 2016 – which was then narrowly rejected in a referendum.

Some observers have criticized how the government is implementing the peace deal, and have suggested changes. But other than Duque, none of the other presidential candidates standing for election this Sunday are putting the peace agreement in question. Polls indicate that one of these five candidates will probably face Duque in a run-off.

Here is a brief history of the peace process so far:

When, in October 2012, Colombia's government and FARC guerrillas began peace negotiations in Oslo, both sides were skeptical as to whether talks would be successful. Many recall former president Andres Pastrana's failed attempts to achieve peace in the late 1990s. 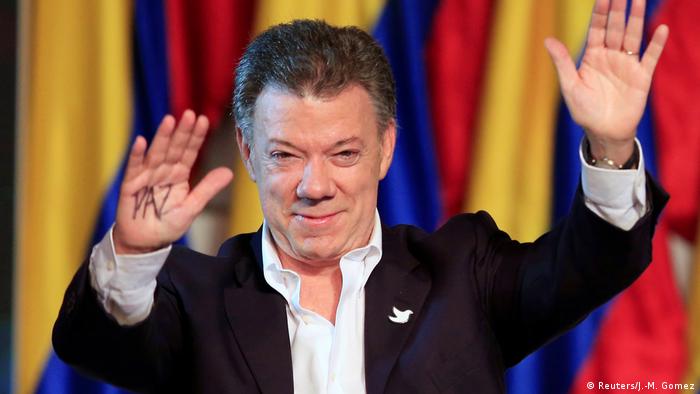 Elected on a platform of peace: Juan Manuel Santos on election night in June 2014

But President Juan Manuel Santos was determined to make peace and succeeded in getting many Colombians on his side. Eager to see it through, he ran for re-election in 2014 under the slogan "'United for Peace," and won.

After a range of preliminary agreements concerning an agricultural reform and the possibility of integrating former FARC fighters in Colombia's political process, the stage seemed set for proper peace talks. But when a FARC attack killed 11 Colombian soldiers in April 2015, negotiations came to an abrupt halt. Colombia's government responded with a military campaign, and once more peace looked unlikely.

It was a critical moment. The diplomatic intervention of the four guarantor states Cuba, Chile, Venezuela and Norway, who had facilitated the peace negotiations, ensured the conflict did not flare up again. Then, in July 2015, FARC announced a ceasefire. And in November that year, Colombia's government pardoned 30 FARC fighters, helping to further ease tensions. 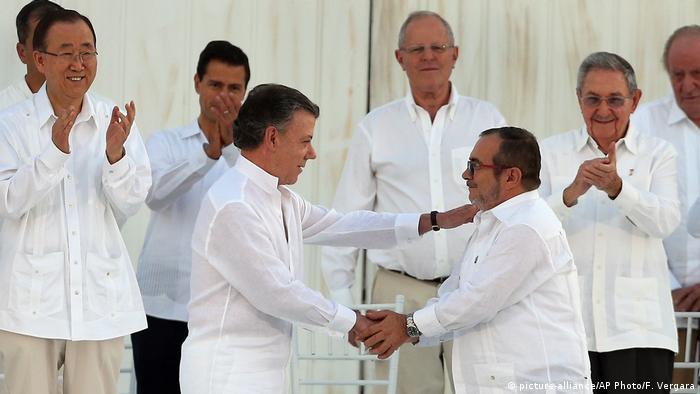 Santos and Londono, or 'Timochenko', at the signing of the peace agreement in 2016

A first peace agreement is signed

International backing during the peace talks proved invaluable. The United Nations (UN) agreed to monitor the implementation of the peace deal and the disarmament of FARC guerrillas, which lent much need credibility to the process. Then, on 26 September 2016, President Santos and FARC commander Rodrigo Londono signed a peace accord in the city of Cartagena.

But the exuberance of all those involved soon waned. Former Colombian president Alvaro Uribe headed a sizable group of critics who opposed the deal and its stipulations on transitional justice, in particular. To the surprise of many, he then succeeded in convincing a slim majority of Colombians to reject the peace accord in a referendum on 2 October 2016.

A second, revised peace accord is agreed

But this setback did not derail the overall peace process. In 2016, President Santos received the Nobel Peace Prize, which lent additional momentum to the cause. And in November, the Colombian parliament unanimously agreed to a second, revised version of the peace accord.  Several months later, parliament also agreed to the political integration of former FARC members following their complete disarmament. The UN monitored the three-step disarmament process, which was completed in August 2017.

New challenges may lie ahead

And there have been ample conciliatory gestures, too. When Pope Francis visited the country in September 2016, former FARC commander Rodrigo Londono (who fought under the name Timoleon Jimenez, or Timochenko) apologized for the suffering his fighters had caused. FARC has now transformed into a political party, which participated in the March 2018 parliamentary elections, where it failed to win any seats. Even so, the peace deal guarantees that FARC will hold five seats in the country's senate and lower house of representatives until 2026. 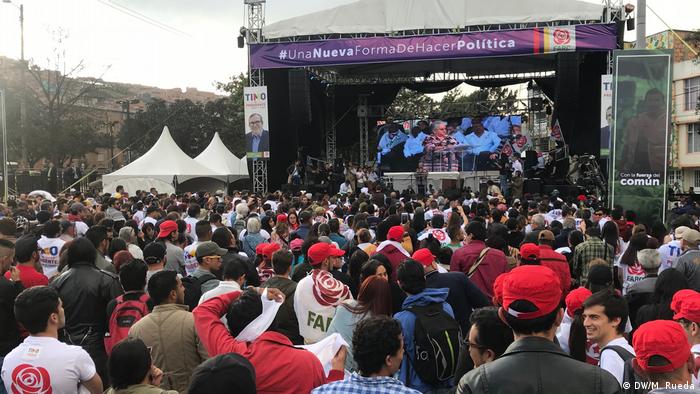 Londono on the campaign trail: FARC's party isn't expected to perform well at the polls

Londono initially planned to run in Sunday's presidential elections but pulled out due to health problems and to undergo surgery. And judging by the dismal outcome of this year's parliamentary elections, FARC will not play an important role in Colombian politics. Alvaro Uribe, however, emerged as the big winner in the last parliamentary elections. And even though Uribe himself will not run in Sunday's presidential race, his protege Ivan Duque will – and he champions a decidedly conservative agenda. If, as polls suggest, Duque makes it to the run-off, Colombia's peace process may face challenging times.

Colombia and FARC agree on new deal, but no referendum this time

The Colombian government and the FARC guerilla group have agreed to sign a new peace accord. A previous agreement was rejected by the electorate in a referendum, but no public vote will be held the next time around. (23.11.2016)

Many activists have been targeted in former FARC territory now controlled by drug gangs and smaller rebel groups. The UN has said the government has not done enough to protect activists. (17.03.2018)