Germany is set to hold a memorial service for the 150 people killed when a Germanwings flight crashed in the French Alps more than three weeks ago. Chancellor Angela Merkel is to be among those in attendance. 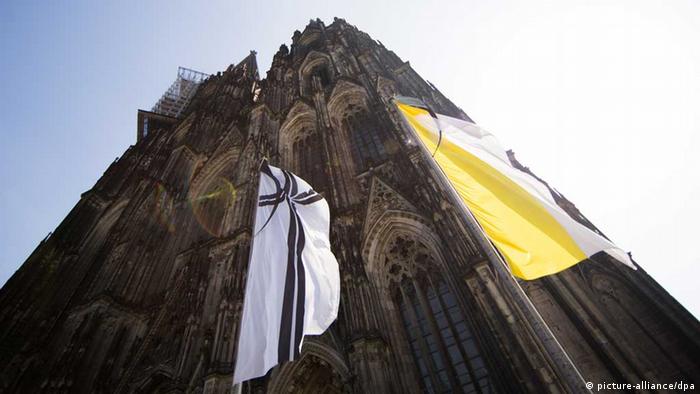 Flags flew at half mast at public buildings across Germany on Friday morning, ahead of a memorial service for the victims of flight 4U9525, to be held in at midday.

Around 1,500 guests are expected to pack the western German city's Gothic cathedral for an ecumenical service to remember the victims, including around 500 relatives of the victims. Many dignitaries, including German Chancellor Angela Merkel, President Joachim Gauck, Spanish Interior Minister Jorge Fernandez Diaz and French Transportation Minister Alain Vidalies are also scheduled to attend.

Carsten Spohr, the CEO of Lufthansa, Germanwings' parent company, is to represent the air carrier, along with Thomas Winkelmann, the head of Germanwings, and other staff members.

The service, which is to be broadcast live on German public television, is to be led by the archbishop of Cologne, Cardinal Rainer Maria Woelki, and the president of the Protestant Church of Westphalia, Annette Kurchus.

Although this is Germany's main memorial service for the 150 people killed when the Airbus A320 slammed into a mountainside in the French Alps on March 24, there have been a number of previous ceremonies to mourn the victims of the crash. Among these was a memorial service on Monday at Barcelona's airport, where the flight had originated, which was attended by the German, Spanish and French foreign ministers.

Although it has not been proven conclusively, investigators believe the co-pilot of Germanwings flight 4U9525, which was bound for Düsseldorf, locked the pilot out of the cockpit and deliberately steered the plane into a mountainside. It has since emerged that the co-pilot, Andreas Lubitz, had a history of depression and had doctors' notes writing him off sick from work for a period that included the day of the crash.

The EASA had voiced concerns over Germany's "non-conformity" on aircrew health monitoring before last week's plane crash, a spokesman said. The co-pilot suspected of crashing the plane had suffered from depression. (04.04.2015)

Germanwings crash: 'If someone aims to crash a plane, there is no backup'

An aircraft's autopilot warns of possible dangers. But, says aviation expert Heinrich Grossbongardt, automatic intervention systems to prevent crashes do not exist - and for good reason. (03.04.2015)