The EASA had voiced concerns over Germany's "non-conformity" on aircrew health monitoring before last week's plane crash, a spokesman said. The co-pilot suspected of crashing the plane had suffered from depression. 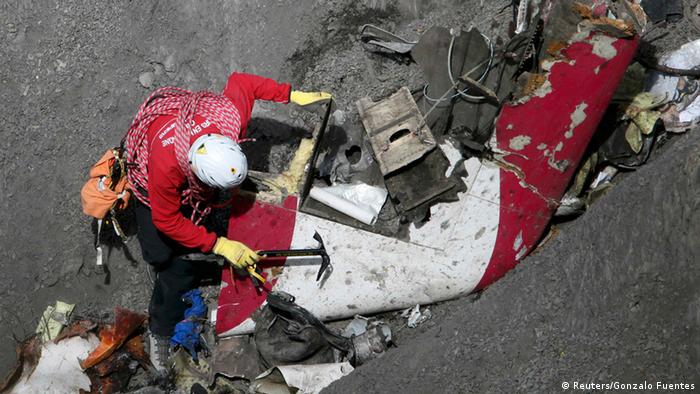 "On the basis of the EASA recommendations the European Commission launched, in late 2014, a process calling for accountability from Germany," he added.

The EU Commission confirmed the regulator found "issues" in a regular review of air safety enforcement.

"Germany's replies are currently being assessed," a Commission spokesmen told Reuters in an emailed statement.

"All EU member states have findings and this is a normal and regular occurrence," the Commission spokesman said, without specifying EASA's findings in Germany. "It is part of a continuous system of oversight: findings are followed by corrective action, similar to an audit process."

Health monitoring and vetting of the crew came under public focus after a Germanwings plane went down in French Alps on March 24, killing all 150 people on board.

Co-pilot Andreas Lubitz, suspected of crashing the plane on purpose, had been diagnosed as suicidal "several years ago," according to German prosecutors. In addition, Lubitz allegedly told officials at an airline training school he had gone through a period of severe depression in the past.

Although doctors recently did not find any indication that 27-year-old Lubitz intended to harm himself or others, he had received treatment from neurologists and psychiatrists. He was signed off sick from work a number of times, including on the day of the crash.

But Carsten Spohr, chief of Germanwings' parent company Lufthansa, has said the airline was utterly unaware of any health issues that could have compromised Lubitz's fitness to fly - despite revelations from Düsseldorf prosecutors that he had emailed his flight school in 2009 about his treatment.

The Wall Street Journal wrote on Saturday that "EU officials said Germany's air-safety regulator suffered from chronic staffing shortfalls that could undermine its ability to run checks of carriers and crew, including medical checks."

However, spokeswoman for the German aviation authority LBA said the regulator answered a single-figure number of criticisms by EASA and that such checks of national aviation authorities take place several times a year.

Officials in France have ended their search for bodies in the Alps where the plane crashed, Reuters news agency reported.

"The search for bodies is over, but the search for the victims' personal belongings is continuing," said a spokesman for the Alpes-de-Haute-Provence region.

"Lufthansa has also hired a specialist firm to remove the debris of the aircraft, under the authority of the French public prosecutor and an expert in charge of environmental supervision of the operations," he said.

Identification of victims will continue through DNA analysis.

A French court has closed an inquiry into the deadly crash of a Germanwings flight in the French Alps in 2015. It said no one could have foreseen the suicidal act of the co-pilot, who deliberately flew into a mountain.