On New Years's Eve, hundreds of men sexually harassed women in public. How could this happen? What are the impacts of group dynamics in such a situation? Dr. Barbara Krahé, a social psychology professor, explains.

Listen to the complete interview with Barbara Krahé

DW: Professor Krahé, were you surprised by the events in Cologne?

The scenes in Cologne were quite novel, because such a large number of men sexually harassed such a large number of women in a very public space with hundreds of eye witnesses and even the police present. Psychologically speaking, from what you have heard so far, would you say that theses attacks were planned and coordinated or would you say that it was just a spontaneous outburst? 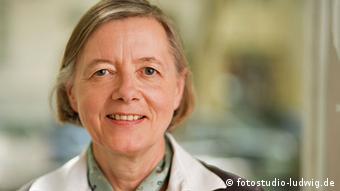 Dr. Barbara Krahé, Professor of Social Psychology at the University of Potsdam

It is difficult to tell. But one report I saw mentioned alcohol and the fact that many of the young men were under the influence of alcohol. And if this was the case it is unlikely that this was a planned, premeditated and coordinated event. This makes it more likely to be a case of what we in social psychology call ‘deindividuation’: people in large groups not monitoring their behavior like they do when they are on their own. To me this sounds more like a group dynamic that arose in this specific situation and then led to these behaviors.

How does this group dynamic work? What goes through the heads of men in such a group when these outbursts happen?

We’ve known for a long time that people's behavior changes when they become immersed in large groups and their views of themselves change. And the concept of 'deindividuation' captures the idea that when we move in large groups we lose a sense of our individual identity, we don’t play by our own rules, we don’t follow our own normative believes, but we get carried away by what is the atmosphere in the group. And I think this helps to understand what may have gone on in Cologne and Hamburg.

Psychologically speaking is there any point where there’s a sort of barrier in the mind of a potential rapist, where he actually crosses the line?

I don’t think so. I think it’s more of a gradual process. I think people get more and more drawn into a situation where they observe other people harassing women, making this appear more common, more normal, more acceptable. And I don’t think that is a rational yes-or-no decision or that there is a clear-cut boundary. I think it is a gradual process at the end of which these men have done things that they maybe would not have done would they have been on their own.

Rape and sexual harassment is as old as mankind. Why do men do this?

Well there are many reasons why. Many go back to childhood experiences of violence in their family, including sexual abuse where they learn to associate sexuality and violence. Then we know that the norms in people's peer groups, how acceptable they find sexually harassing behavior towards women, plays a role. Certain ideas about gender relations are clearly important. Also the view of women as objects of male gratification lowers the threshold for sexual violence. So to understand what makes men act in a sexually aggressive way toward women, we have to take many factors into account.

Which factors would you say promote sexual violence in modern society?

There is certainly something to be said about the role of pornography. Pornography often contains violence and pornography portrays a certain image of men’s sex drive and women’s willingness, including certain ideas that for example women always say 'no' to begin with and then with a bit of pressure they do enjoy it after all. So pornography portrays sexual interactions between men and women that may give rise to the idea that using force or harassment is acceptable and normal.

Online pornography is also very popular in sexually repressive countries. And the perpetrators in Cologne were described as young ethnic Arabs. Do you think there is any connection between ethnicity and sexual aggression? Are there any studies on this?

I would be very careful here, because there are very few studies and very often in these studies ethnicity is mixed up with other differences. When you compare ethnic Arabs with ethnic Germans, ethnicity is usually not the only thing that distinguishes between the two groups. There is very often a difference in level of education or a difference in gender role attitude, which may be a lot more important than ethnicity as such. So I don’t think there is any consistent evidence of a link between ethnicity and the proneness to sexual violence.

Barbara Krahé is Professor of Social Psychology at the University of Potsdam, Germany. Her research is focused on violence and aggression. For her studies on the social psychology of aggression, she was awarded the German Psychology Prize in 2015.

Officials are investigating against three suspects following reports of robberies and sexual assault on New Year's Eve. Germany's ministers have meanwhile spoken in favor of stronger laws against foreign offenders. (06.01.2016)

Following dozens of alleged sexual assaults in Cologne, the German justice minister has said that deportations are "completely conceivable." Many victims described their attacker as of "Arab or North African origin." (07.01.2016)

Listen to the complete interview with Barbara Krahé