Coldplay is back. After the previous album filled with sad and lovesick songs, "A Head Full of Dreams" returns to a happier mood. Apparently, Chris Martin finds it has something in common with Harry Potter. 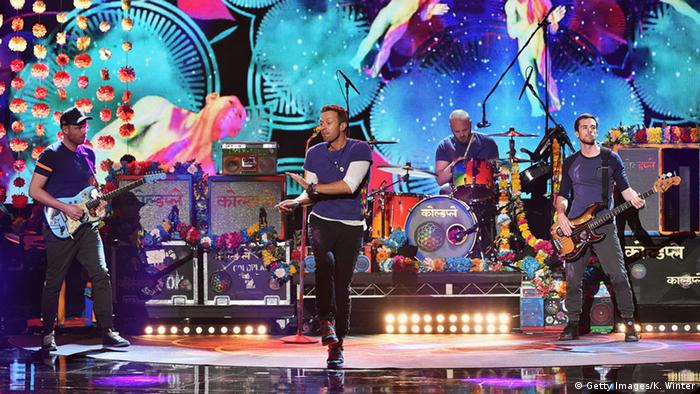 "A Head Full of Dreams" is a final departure from the Brit-Pop und indie style that once clearly influenced the band. Fans of Coldplay's first albums "Parachutes" (2000) and "A Rush of Blood to the Head" (2002) are certain to be disappointed. It is part of a longer development, however: Since "Viva la Vida" (2008), the band has tended toward an arena-filling, more commercial sound.

With the album, the band launches a world tour, with three concerts in Germany.

The new release accordingly focuses on live performances and songs calibrated to make fans dance and sing along. The album has 11 songs, two of them under two minutes in length - a deficit hardly compensated for by a hidden track.

The first single release, "Adventure of a Lifetime," has had generous airplay for weeks and ranks in the German Top 20. Unlike the band's recent releases, the song has a happy, optimistic sound - leading some to speculate that Chris Martin has fallen in love again. 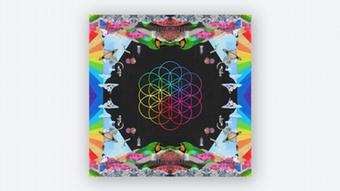 Neon graphic dreams: The cover of the album

The 2014 Coldplay album "Ghost Stories" had reflected the band's singer-songwriter's separation from his wife of 10 years, US-actress Gwyneth Paltrow. The couple meanwhile seems to have friendly relations; on the new album, Paltrow joins her ex in the duet "Everglow."

She's not the only celebrity in the supporting cast on "A Head Full of Dreams." Also featured are Beyoncé, Noel Gallagher of Oasis and R&B legend Merry Clayton. On the selection of guest artists, Martin remarked to the Wall Street Journal: "Everyone who got asked to sing on our album has an important part in our lives."

After the album's release on December 4, the British band appears at an exclusive concert in Offenbach, Germany, four days later - for which tickets were available only by internet lottery. Disappointed fans can at least watch the complete concert via video live stream at home. 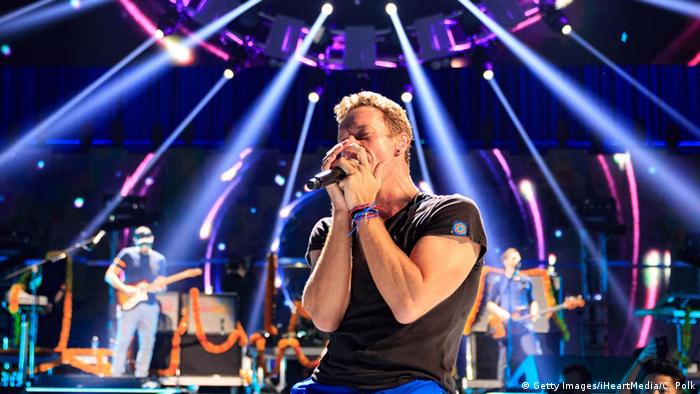 Chris Martin, at a Coldplay performance in Las Vegas in September 2015

Joining a number of bands scheduling demonstrative performances in Paris after the attacks of November 13, Coldplay's home page also announces an exclusive concert in the city on December 9. Tickets to the event were given away to French subscribers on the page's mailing list. "Paris is a very special city for our band," says Chris Martin. "It's a place of unequaled grace, spirit and beauty and we can't wait to play this show."

News agency AFP also announced that Coldplay will perform on February 7 in the half-time break at the 50th Superbowl in Santa Clara, California. With millions of TV viewers, Superbowl appearances are among the most prominent a band can make. After the game, pre-sales for the band's US album tour are scheduled to begin.

The music magazine "Rolling Stone" speculates that the album "A Head Full of Dreams" could be Coldplay's last. Speaking with Zane Lowe of BBC Radio 1, Martin seemed to hint at this by comparing the seventh album with the seventh Harry Potter book, saying, "It's the completion of something." What he exactly meant remains to be seen.

Marilyn Manson and Motorhead are among the acts that have canceled shows in Paris following the terrorist attacks that killed at least 132 people. Hollywood is also responding by toning down the "Hunger Games" premiere. (16.11.2015)

The most streamed artists on Spotify worldwide

With millions of records sold and seven Echo awards, Silbermond is one of Germany’s most popular bands. But success can also be a burden. That's one of the major themes on their latest album "Leichtes Gepäck." (28.11.2015)