A way of life is threatened in Ethiopia’s Somali region worst affected by drought. It has even gained a special name due to its unrelenting impact. James Jeffrey reports. 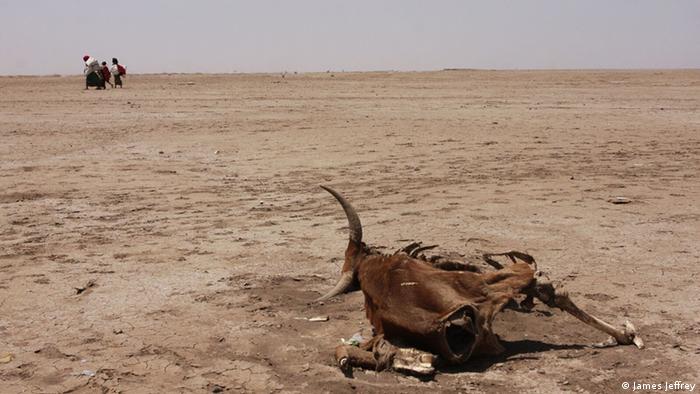 Three goats are all that remain from Dahbo's herd that once numbered 10 camels, 200 goats and sheep, and 20 cows.

Her family's pastoral way of life is all but extinguished for now. Whether they can return to it appears unlikely due to increasingly frequent droughts and three failed rainy seasons in a row since mid 2014.

Along with her husband and eight children, Dahbo lives in a camp for people displaced by the drought beside the remote village of Fedeto, about 75km north of the city of Dire Dawa in eastern Ethiopia.

Having arrived 8 months ago, they live in a relatively solid-looking, one-room building with mud walls. Most people find shelter from the unrelenting sun under the traditional dome-shaped homes of pastoralists made of sticks and covered in various sacking.

"Without livestock we can't go back to the life I grew up with," 37-year-old Dahbo says. "This is the only thing we know how to do."

Girebuh, her 45-year-old husband, arrives back at their house, his arms and face splattered in flecks of orange mud from helping to build a similar home for another displaced family.

"Everything happens according to God's will, I believe that," Girebuh says. "I lost my animals; I can't buy any back, so I have to find another means to support my family." 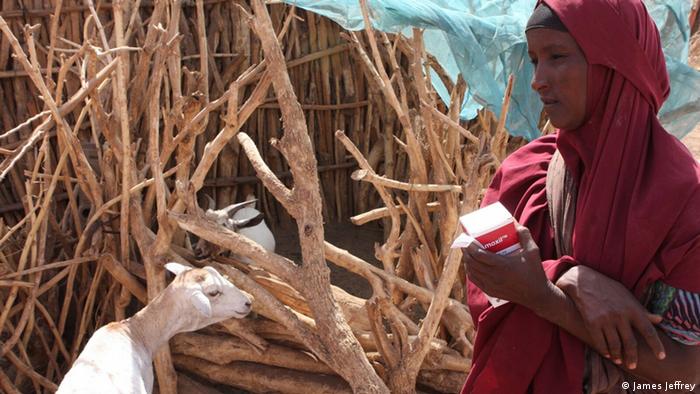 Described as the worst drought in living memory of Ethiopia's Somali region, elders who have lived through many droughts say livestock on which communities depend were devastated.

It's estimated that more than 600,000 animals died in Siti zone, the northern-most part of Ethiopia's Somali region.

"I've never come across anything like this, with other droughts enough animals managed to survive, but that's not happening with this one," says 65-year-old Eltise Muse Bah at Fedeto. "We've named this drought Mulia, which means, ‘that which erases everything on the ground'."

Across Ethiopia more than 10 million people are affected by this drought, with another 7.9 million already supported by the government's food security Productive Safety Net Program.

Following the Ethiopian government's October 2015 appeal for assistance, long-standing international partners and organizations have been ringing the alarm bell as they go into action in places like Fedeto to avert a humanitarian crisis. To help prevent escalation of an already serious situation, the European Commission Humanitarian Aid and Civil Protection department (ECHO) on April 8 announced a package of 122 million euros( US$138million) to help Ethiopia tackle the drought’s fallout.

"The government is very proud, they don't want to be the poster child for drought in Africa and they've made tremendous progress in economic development in the last ten years," says John Graham, Ethiopia country director for Save the Children.

"This has interrupted that progress but this is a climatic event of a monumental scale. These things happen and you hope the next drought won't be so bad and people can resume the progress they were making before."

Ethiopia's ethnic Somali, like all Somali, are known for a tenacious independent streak. While some pastoralists affected by the drought are grateful for aid, accepting outside help weighs heavily on them.

"It's unquestionable that this situation makes me sad," Girebuh says. "I am meant to be a responsible father. But I have nothing; I have to take the aid."

For those still with livestock left, they take precious care, building shelters from the sun and even sharing rations with their animals. 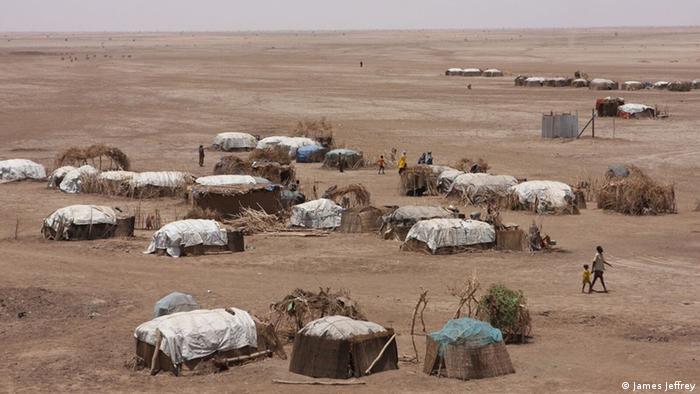 Twenty-six kilometers north of Dire Dawa is the small village of Gad, attracting many pastoralists due to its borehole.

Water, glistening like diamonds, cascades from a tap into a long narrow trough at which camels, donkeys and goats jostle to get a drink, while women lift hems of colorful dresses to wash their dust-laden and cracked feet.

"I give my children a wash about once every three days," says 35-year-old mother of eight, Hali Mahad, while visiting the borehole about 2km away. Only 10 goats and sheep remain from the family's previous herd of 60.

"Our lives depended on those animals for meat and milk," Hali says. "Now we eat two meals a day: injera and tea in the morning, and then sorghum or rice with a little oil for dinner. We can't afford to add anything else, not even onions."

According to NGO workers on the ground, it increasingly appears this year's late spring rains are finally coming, with huge dark rain clouds visible from Fedeto on the horizon, and the tarmac at Dire Dawa airport glisteningly wet from a shower.

But even such apparent good news carries a deadly edge: flash floods after one downpour caught pastoralists in the region unaware, killing about 28. And rains will likely lead to further deaths of livestock that in their weakened state will be more susceptible to respiratory illnesses.

"You won't find a more resilient people," says Peter Struijf, OXFAM's drought response manager. "They have a sophisticated coping and movement strategy for finding pastures, but this time when they went they couldn't find any, and on the way back many animals died or made it back barely alive." 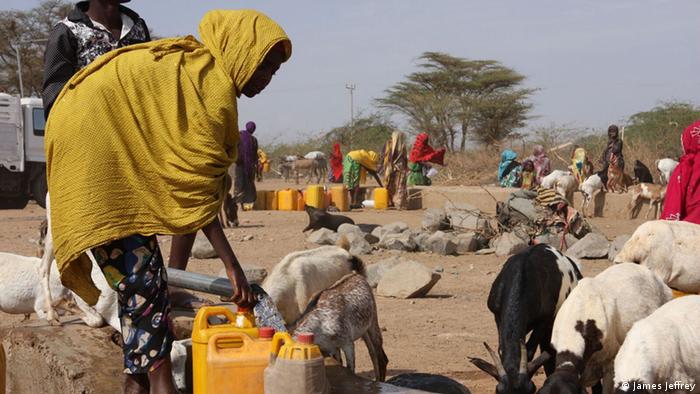 Many have to travel miles to get clean drinking water

What of the future?

"We must start to think differently about how to reduce this vulnerability, through economic shifts in these more marginal areas," Graham says. "In areas affected by climate change, with decreasing rains, you just can't have the same numbers of people surviving in those conditions; it's beyond the control of the people or the government."

Graham highlighted a study that looked at 60 years of pastoralists, which showed that those at the median level of prosperity were becoming more successful and getting bigger herds.

But, at the same time, the study showed how those lower down were losing animals through drought and becoming destitute, making it increasingly untenable.

"If we get a restocking program from the government we might have a chance," says 50-year-old Osman Kaire waiting beside Gad's borehole for a government delivery of animal fodder. "The other option is for a government resettlement program in more reliable areas where we can be agro-pastoralists. We are ready to consider."

Not far from the borehole lives 32-year-old Mumina Buh with her six children and husband, who is on the water committee.

"Pastoralism can be a good life, giving enough food, milk and nice fresh air," says Mumina, standing with her arms draped around her youngest daughter, 4-year-old Safa, beside a large green washtub filled with freshly cooked pasta. "But now we don't have any of that; I'm trying to sell lunch at the local market to earn extra money. Sometimes I return with a full bowl as people don't have money to buy."

A map of Ethiopia showing regions suffering because of the drought reveals nature's haphazardness. Swathes of the country are classed at Level 1, the lowest, meaning no or minimal food insecurity. Others, like Siti, are Level 4: Emergency. There is only one more level beyond - Level 5: Catastrophe.

By midday at Fedeto the heat lies heavily over everything, while whirling dust devils snake through the camp, attracting some children who play in them. Despite oppressive conditions, everyday life continues.

"It seems there is another drought every year," Girebuh says. "It looks like we won't be moving from here."