Malawi’s President Peter Mutharika has declared a state of national disaster over food shortages caused by erratic climate conditions. It is one of several African countries affected by El Nino. 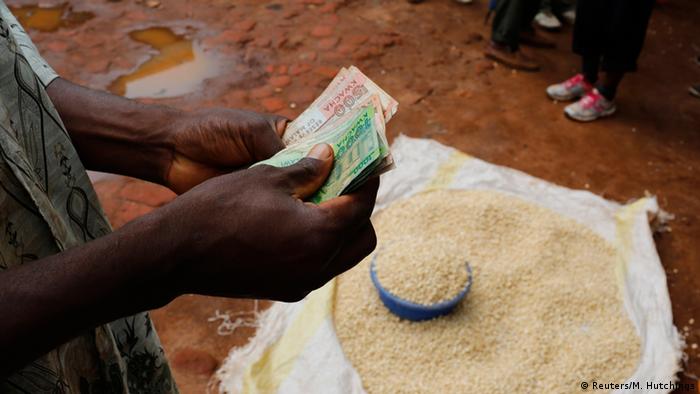 "The situation is quite dire and we believe the worst is still to come. It will take a long time before the situations improves," said David Orr, southern Africa spokesman for the United Nation's World Food Program (WFP).

In February, WFP warned that Malawi could face the worst food crisis in decades. At the time, the price of maize, the main staple food, was already 60 percent above the country's three year average. The organization is currently providing humanitarian assistance to almost three million people in Malawi, a country with a population of just over 16 million. It noted that 23 of Malawi's 28 districts were badly affected by the dry spell, which comes after low harvests and heavy flooding that devastated the country last year.

Malawi's recurrent food shortages are a strong blow to the southern African country. After severe food crises in the early 2000s, the government adopted a fertilizer subsidy program that was often cited as an example of success and kept country's farming sector stable for many years.

About 80 percent of Malawians depend on small-scale farming and the government expects that the food insecurity will increase in the coming months.

In the capital Lilongwe, residents told DW that they want the government to do more to support the country's agricultural sector. "They have to review and look at the possible focus areas to make sure that the country has enough food," George Kampaundi said. Another resident, Fryson Chozi said that he was counting on the food aid to pull Malawi out of the crisis. Yet he also insisted that the government must shift its policy away from the subsidy program: "In the next budget they should focus on building commercial agriculture."

In the past months, the El Nino climate phenomenon has caused extreme weather conditions in countries across Africa, Asia and the US. Malawi's neighbors, Mozambique and Zambia, as well as Ethiopia and South Sudan in the Horn of Africa have also been badly hit by the drought.

George Mhango contributed to this article.

A way of life is threatened in Ethiopia’s Somali region worst affected by drought. It has even gained a special name due to its unrelenting impact. James Jeffrey reports. (11.04.2016)