The United Nations Children’s Fund is urgently seeking over US $155 million to address effects of El Nino. Over one million children face severe malnutrition, hunger and water shortage in southern and eastern Africa. 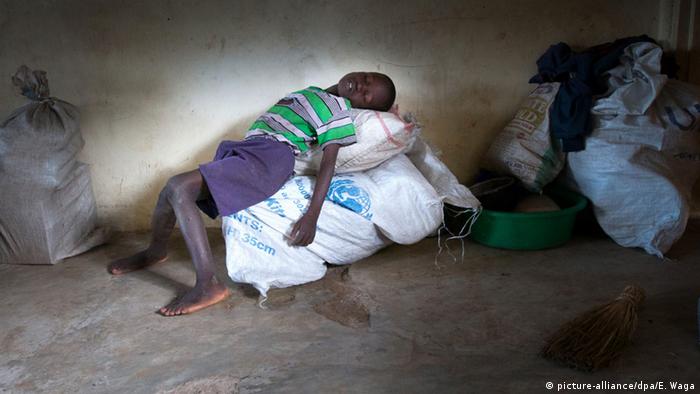 Two years of erratic rain and drought have combined with one of the most powerful El Nino events in 50 years to wreak havoc on the lives of Africa's most vulnerable children.

Lesotho, Malawi and Zimbabwe are some of the worst affected. "In Zimbabwe, thousands of children are affected and are already malnourished," said Megan Gilgan UNICEF's Reginal Emergency advisor. Famine is threatening some 2.8 million Zimbabweans. Gilgan added that there were ongoing programmes that are providing cash to needy families, scaling up access to water and to treating malnutrition. "In Zimbabwe we see the situation significantly deteriorating and we need quite a lot of support to make sure that vulnerable people have access to the key services."

Malawi is facing the worst food crisis in nine years. More than 15 percent of the population (2.8 million people) is at risk of hunger. "The situation in terms of children's nutrition at the moment is not that good. We are having a 100 percent increase in nutritional rehabilitation units. These are places where the children are treated for malnutrition. The numbers were about 4500, a little bit above in terms of severe acute malnourishment in Malawi at the moment," said Mahimbo Mdoe UNICEF representative in Malawi. The number of children suffering from severe malnutrition is higher compared to what was recorded in 2015.

Gilgan said funds were urgently needed to provide the affected children with necessities like milk, peanuts, provision of clean water, medication, sanitation, education and food before the situation gets out of hand. "I think we have the evidence of the impact. Governments are taking the situation seriously and we really do need the donor community at least to come in and support the programs that are already running in many countries and to help start the programs that have not already started."