Greenhouse gas emissions are increasing and with it the danger of global catastrophes. That's the bad news in the new report from UN climate change panel, the IPCC. The good news? There's still hope - for a limited time. 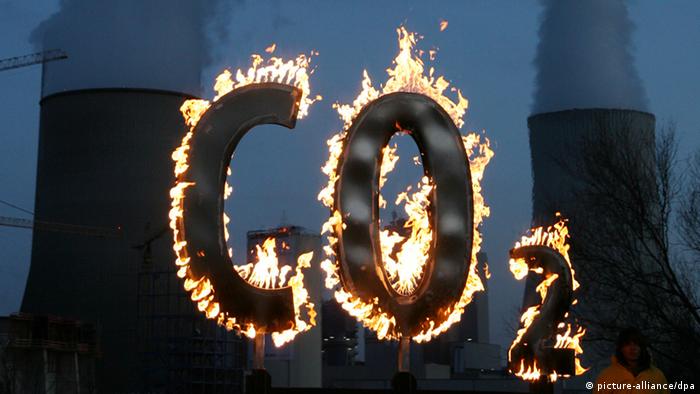 In spite of all efforts, the global community has not been successful in reducing its climate-damaging carbon dioxide emissions. Quite the opposite: emissions of greenhouse gases between the years 2000 and 2010 grew more than in any decade since 1970. The findings are part of the newest report from the United Nations' expert Intergovernmental Panel on Climate Change (IPCC), which has been released in Berlin. In spite of the dire outlook, the authors have named their report "Mitigation of Climate Change". With that, the authors, including German scientist Ottmar Edenhofer, wanted to emphasize that it was still possible to turn the situation around. The analysis and recommendations for action, which have now been submitted to politicians, are the third part of a comprehensive account on climate change. The first part was made public in Stockholm last year, the second report a few weeks ago in Yokohama.

According to the international team of authors, a mix of political and technical measures is needed to limit the increase in global warming to a maximum of two degrees Celsius. In the view of the climate experts, more severe natural disasters like floods and droughts, which are already being noticed today, could be confined only if the threshold level of two degrees is not overstepped. "The scientific message is clear: to avoid dangerous disturbances to the climate system, we can’t go on as we have done before," climate researcher Edenhofer said.

The goal of keeping the rise in global temperatures to no more than two degrees Celsius will only be reachable if greenhouse gases emissions can be reduced by 40 to 70 percent in comparison with 2010 by the middle of this century, according to the experts of the IPCC. They've said that for a livable future to remain possible for people and the environment, there should be almost no further greenhouse gases emissions by the end of the 21st century. 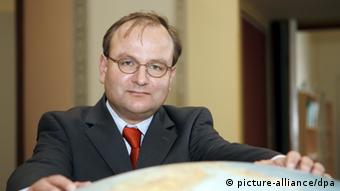 To achieve such an ambitious mitigation of climate change, the experts recognize that it has to involve more than the sheer reduction of CO2 output. Ottmar Edenhofer, along with Cuban Ramon Pichs-Madruga and Youba Sokona from Mali also see a carbon dioxide free atmosphere as essential.

The three authors leave no doubt that the world community must quickly take action on a wide range of measures if it wants to restrict dramatic global warming to a maximum of two degrees Celsius. The process begins with the modest goal of stabilizing the concentration of greenhouse gases, so as not to let them increase any more. In the opinion of the climate experts, to succeed in that would mean the concurrent reduction of emissions in all areas of economic and personal life, foremost the production and the use of energy, the manufacture of consumer goods and food, transport and living.

The key to success: international cooperation

The scientists see much potential in the areas of energy efficiency and re-forestation. Low-carbon technologies could work out beneficially in terms of costs, which must be spent to reduce climate change, explained Pichs-Madruga. The economical and considerate exploitation of land areas is a further key component. Reducing deforestation and at the same time planting new trees could, according to the scientists, stop the rise of CO2 emissions or even reverse them. Even more, through well-directed re-forestation, the greenhouse gases in the atmosphere could be reduced.

The scientists pledge the same effect from a combination of biomass and the storing of carbon dioxide underground. However, they also advise of the hazards of such procedures. Malian climate expert Sokona summed up the core challenge as "to disconnect the output of greenhouse gases from economic and population growth". His German colleague Edenhofer added that "international cooperation is the key to mitigate global warming."

NGOs focus on the obligations of politicians

Many non-governmental organizations (NGOs) hold the same opinion. Sabine Minninger, climate and energy expert from the German-based Christian relief and development network "Brot für die Welt" ("Bread for the World") expects Germany to take a leading role, saying that Chancellor Angela Merkel now has the possibility to show September's United Nations Climate Change Summit in New York "that she has understood the message from the IPCC." What the German government makes of the recommendations will be up to the Minister for Economic Affairs, Sigmar Gabriel, to comment on at a presentation in Berlin on Monday. The German climate expert Edenhofer is on the invite list.