A new report published by the UN Intergovernmental Panel on Climate Change warns of rising temperatures and says global warming could have devastating effects as the risk of heat waves, floods and droughts increases. 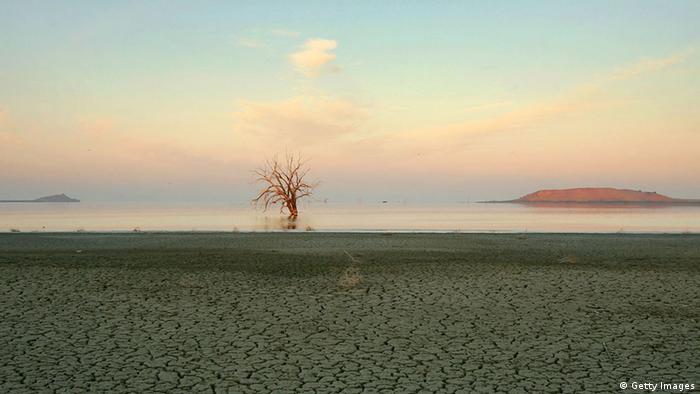 After being closeted behind closed doors since Monday (23.09.2013), scientists and government representatives of the 195 UN member states came up with a 31-page summary of the report that's well over 1,000 pages long. According to this brief version published on Friday (27.09.2013), prospects are even more pessimistic than scientists had projected in 2007.

The Intergovernmental Panel on Climate Change (IPCC) says it is 95 percent certain that mankind caused more than half the warming observed over the past 60 years. In 2007, the IPCC had rated its conviction at 90 percent. Humans produce an incredible amount of carbon dioxide (CO2) which heats up the atmosphere. CO2 levels continue to rise - just in March, the National Oceanic and Atmospheric Administration in the US had recorded new peak levels.

"We know much more about the reasons for rising sea levels now than we did a couple years ago," said climate researcher Stefan Ramstorf of the Potsdam Institute for Climate Impact Research. "Measurements show that both large continental ice sheets in Greenland and the Antarctic are increasingly losing ice masses." Rising sea levels are a threat to flat coastal regions.

Global warming is going to continue, the report said. Global average temperatures could rise by 1.5 to 4 degrees Celsius according to different climate scenarios. The IPPC also warned about missing the 2-degree limit that countries set as a target in climate talks to avoid the worst impact of global warming. 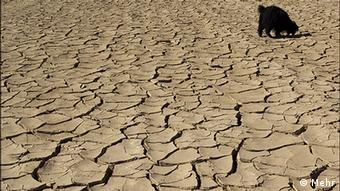 The IPCC warned of an increased risk for droughts

"To steer humanity out of the high danger zone, governments must step up immediate climate action and craft an agreement in 2015 that helps to scale up" efforts to curb greenhouse gas emissions, executive secretary of the UN Framework Convention on Climate Change, Christiana Figueres, said.

Even though global average temperatures haven't risen in 15 years as predicted, it doesn't mean climate change won't have devastating effects on Earth. That's what most climate researchers pretty much agree on.

Mojib Latif of the Geomar Helmholtz Centre for Ocean Research in Kiel has been arguing for years that oceans might be responsible for stagnating temperatures, because deep sea areas are able to absorb heat and store it. "That's why we haven't been able to detect a rise in global surface temperature even though the climate system is heating up."

Certain severe weather phenomenon like heat waves, flooding or thunderstorms are going to increase in the future. IPPC scientists expect humid regions to get more rain while dry regions will continue to get even less water.

However, they can't say for sure if their models and simulations are going to reflect reality in the future. Climate calculations are highly complex. Even though scientists have learned a lot about correlations between oceans, sea current and atmosphere, there are other factors that come into play as well - for instance the ocean's capacity to store heat. Scientists failed to include this sufficiently as they calculated their models.

Now they have realized it's the ocean's storage capacity that's responsible for stagnating global average temperatures. In the scientific community, it's standard procedure to rework models and simulations. However, the public doesn't appreciate apocalyptic scenarios predicting an immediate end to life as we know it - only for scientists then to revoke them. "We lose credibility," said climate researcher Hans Storch. 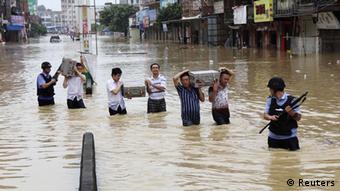 Flooding is another risk for those regions with heavy rainfall

The IPPC, which was awarded the Nobel Peace Prize in 2007, has lost some of its credibility since it was hit by several scandals: A study about melting glaciers turned out to be unrealistic, and environmental lobbyists helped to craft the IPCC report.

As a result the public are more sceptical than before about the claims made by climate scientists. "Only 39 percent of the German population fears climate change. A couple of years ago it was over 60 percent," said meteorologist Sven Plöger at the Severe Weather Congress in Hamburg.

European Union Climate Action Commissioner Connie Hedegaard called the IPPC report a wake up call, saying: "The issue is not whether to believe in climate change or not. The issue is whether to follow science or not."

"If your doctor was 95 percent sure you had a serious disease, you would immediately start looking for the cure," she added.

The IPCC summarizes the most important scientific climate studies of the past years and doesn't make recommendations of its own in terms of environmental legislation. It's up to politicians to draw conclusions. The next climate summit is going to take place in Warsaw in mid-November.

Coping with climate change is already an expensive proposition, but waiting to implement protection measures will end up costing countries even more, according to a new study out of Germany. (13.09.2013)

For the past 15 years global temparatures have stopped rising. Allegedly, it's because the Pacific is cooling - but that reason doesn't quite convince German climate researcher Hans von Storch. (03.09.2013)

The cold start into spring has made people in parts of Europe wonder if the climate is really warming. Global temperatures have not been rising in recent years. Is the earth cooling instead of warming? (18.04.2013)