′Climate scientists too easily jump to conclusions′ | Environment| All topics from climate change to conservation | DW | 03.09.2013

For the past 15 years global temparatures have stopped rising. Allegedly, it's because the Pacific is cooling - but that reason doesn't quite convince German climate researcher Hans von Storch. 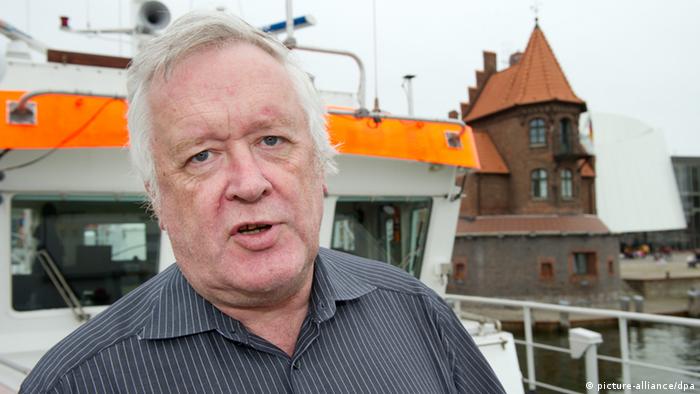 DW: Over the past 15 years, global temperatures have not risen, although there'd been many estimates that they would. Now, US scientists have presented a surprising explanation: In the magazine "Nature," they suggest that the cool waters of the Pacific Ocean are responsible. Is that plausible?

Are you then convinced by the new study?

Whether I am convinced is a different story. I can only say: "Yes, it is possible." But of course then you'd have to ask: "Why is it that the ocean suddenly gets cooler?" But if we do assume that happened, then the explanation might make sense.

So the US scientists haven't actually explained why the eastern Pacific suddenly got colder?

No, so far they haven't. But what is clear is that we have indeed had very little warming over the past 15 years. And this development is different from what we had projected. If this was to continue and global temperatures basically did not rise at all, we'll have a problem.

So would it be better to do away with such projections and estimates?

No. But it's sound scientific practice that with every theory, you have to be ready to say: "If I observe this or that in the future, then I'll have to draw the conclusion that my findings are incomplete, or not correct."

And this wasn't the case with global warming?

No. Also the story we're dealing with now, about the cooler eastern Pacific, is only being explained in retrospect - trying to explain why we haven't have any warming over the past 15 years. But these sorts of explanations always have a somewhat stale taste to them. A better one would be to say: "Okay, it could be like this - we can't rule this out - but there also could be other reasons."

On the contrary; they jump with enthusiasm to the first best explanation that doesn't shake up our worldview. But instead, we should be asking why our models don't take certain factors into consideration. Our explanation could be correct, but it might also be that our instruments at this moment are just not as good as we want them to be.

One possibility is that the natural variations in the system are being reflected too weakly. For instance, it could mean that the El Ninos and El Ninas aren't factored in enough. This explanation that we're reading in "Nature" right now is in the same category. It might also be that the models put the concentration of CO2 too high, or that there are other factors not being included - like the sun, for instance, which we haven't considered at all so far.

No, this doesn't come up in the scenarios. I don't want to say that it's likely. I only mean to say that there are various things you'd have to take into account before you happily jump to the first best explanation.

In which case you'd be running the risk of loosing your credibility?

That's exactly the point that I don't like: that in the end we lose our credibility. For outsiders it always looks a bit like us climate scientists jump to any explanation that doesn't go against our basic assumption - that CO2 is behind global warming. I do believe that this basic assumption is right, but it could also be that there are other factors we've underestimated so far.

The IPPC climate report will be published at the end of September - can we expect any surprises there?

No, I don't believe that there will be surprises. But I know that the issue of stagnating temperatures is also something IPPC authors are thinking about. I am curious to see what their take on this will be. There most likely will be a detailed chapter on this, and I could imagine that there will be a different explanation from what's written in "Nature" - namely that the stagnation is being caused by a concentration of warmth in the deeper layers of the ocean.

Do you think that politicians are discussing climate protection and climate change seriously enough?

It's clearly not serious enough. Mostly the issue is being used to bolster politicians' positions. It's a purely political debate. Essentially, it's an instrument for pushing political positions and agendas.

Professor Hans von Storch is a German climate researcher and meteorologist. He heads the Institute of Coastal Research at the Helmholtz Center Geesthacht.

'The Americans think too short-term'

Barack Obama wants to do more for the climate. But can he? The energy lobby is strong, the population disinterested. In an interview with DW, Meteorologist and climate researcher Mojib Latif offers a few tips. (03.07.2013)

The long-haul: when travel harms the environment

Travel by road and air is the cause of 90 percent of the climate change impact caused by transportation. A study from Norway discovered that the biggest travel culprits are middle-class Germans. (08.08.2013)