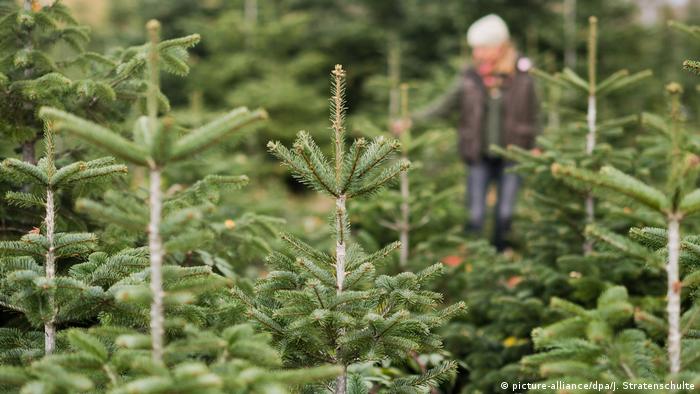 With the holiday season getting into swing, millions of people across Germany are picking out their Christmas trees.

Winter's biting cold has set in, and the heatwave that scorched Europe seems a distant memory. But it has left its mark on Germany's Christmas tree plantations.

Read more: How Germany prepares for Christmas — in the summer

In North Rhine-Westphalia, up to 30 percent of Christmas tree crops failed this year. An estimated one million-plus spruce trees — one of the most popular varieties for the Yuletide centerpiece — died.

According to Bertram Leder at the North Rhine-Westphalia forest department, many more are at risk.

"The reason the trees are dying is the complex effect of storms, heat and drought, lack of precipitation, and the spruce bark beetle," Leder explained.

Trees use sap to protect themselves from bark beetles. The beetles need holes in the bark to lay their eggs. Usually sap fills these holes before beetles can move in, and pushes out beetle families that have already made themselves at home.

But when a tree is stressed by drought, its defense mechanisms fail. And that's on top of more direct damage plants suffer from lack of water.

A plant draws the water it needs out of the soil using osmosis. Basically, tension — think of it as a kind of pipe system — that starts in its leaves and sucks liquid all the way up from the roots.

When the soil is dry, the plant has to work harder and harder to extract water. Eventually, the pipes become exhausted and break, and a bubble of air can form that cuts the plant off from nutrients in the soil. 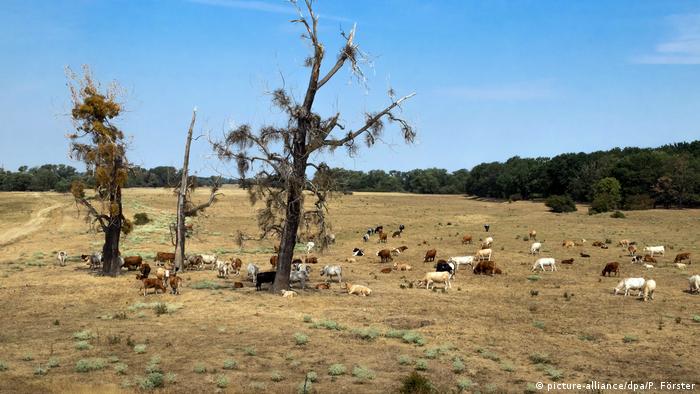 Summer in Saxony Anhalt: The drought may seem a distant memory now, but it has left its mark on German farms

"It's sort of like a very high tension string, if you like, and when the tension gets too high the string breaks and the tree dies," explains Tim Brodribb, an associate professor of plant physiology at the University of Tasmania in Australia.

And they are not the only ones.

Climate change means droughts are becoming more frequent and more intense, hitting all kinds of crops around the world.

One problem for farmers is that you can't see the damage to tiny capillaries inside in the plants, meaning resources are wasted on those already condemned to a slow death.

"It's very difficult to know when a tree dies until it's dead," Brodribb says. Which is why he's looking for a way to identify the point at which different species, from Christmas trees to corn, die.

Soil: How it works

Soil: How it works

"For climates that are changing very quickly, it's something we urgently need," Brodribb says.

Brodribb and his team have developed a technique using cameras to look inside plants and detect the cavities that ultimately kill off a tree.

"What we've always wanted was to be able to say, 'okay, this species basically breaks when the water tension reaches this level and it will die once it crosses this threshold,'" Brodribb says.

But the tension itself makes that very hard to measure. "If you can imagine you've got a system that's under enormous tension, and you try to cut into it to measure it and everything breaks."

In the meantime, shoppers looking for a tree that'll stay lush over the holiday season will have to use their own judgement.

Eberhard Hennecke, Christmas tree expert at North Rhine-Westphalia's Horticultural Association, says you should go for a slender tree with dark, fresh green needles that has reached its full height of between 1.5 and 2 meters.

Only younger plants saw real damage during this year's extreme weather, meaning that for the next couple of years at least, there should be enough trees to go around and no increase in price.