It seems Germany practically invented Christmas — or at least many of the symbols associated with it. While we don't like to start thinking about it in the summer, the cookie bakers and tree growers have to.

After a long, hot summer and right in time for the beginning of meteorological autumn on September 1, German supermarkets have stocked up on cookies, cakes and chocolates traditionally associated with Christmas.

Like every year, many Germans are insulted to see Lebkuchen and spice cookies on the shelves in late August. The summer holidays are not even over yet, and one can still expect a few relaxing days by the lake. It's simply too early.

Still, there must be some people buying those seasonal products before December comes around.

The Association of the German Confectionary Industry (BDSI) said Thursday in a press statement that "after enjoying months of ice cream, many Germans are looking forward to cooler temperatures and the popular autumn treats" — which is why they should not just be reserved for the month of December. 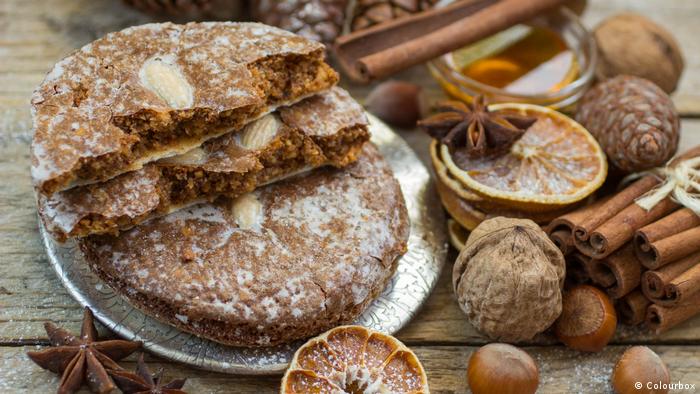 Lebkuchen is a German type of gingerbread

Gingerbread is a German favorite

Lebkuchen, a soft gingerbread cookie, seems to top the list of German favorites, followed by crunchy spekulatius spice cookies. According to Germany's Destatis statistics office, Germans eat an average of one kilo of the specialty winter treats per year.

The German manufacturers' goodies are mainly sold on the German market, too, with just a fifth exported around the world, the BDSI says. The German Lebkuchen production company Lambertz actually delivers their specialty cakes to Russia and South American countries all year long, according to owner Hermann Bühlbecker.

If you are one of those people who just can't wait to decorate your Christmas tree and already have all your presents wrapped up, hidden in a cupboard, the gallery above provides some insights on how you can get into the Christmas mood in Germany — even if it's still summer.

Christmas is still six months away, but Santa Clauses around the world are already combing their beards and pulling on their boots. This week, they're spreading Christmas cheer at a conference in Denmark. (24.07.2017)

How I came to appreciate German beach culture

Summer isn't summer without a trip to the seaside. And with Germany's rough weather patterns, DW's Courtney Tenz explains why her favorite seaside spot is inside the haven of a hardly translatable "Strandkorb." (24.07.2017)

School's out and work is slow. If they're not off traveling the world, here's where you'll find many Germans during the mild mid-year months. (12.07.2017)