Climate change added to warfare is worsening hunger worldwide, according to one of Germany's largest aid groups. Welthungerhilfe has said many poor have "no more reserves or resilience left" when hit by extreme weather. 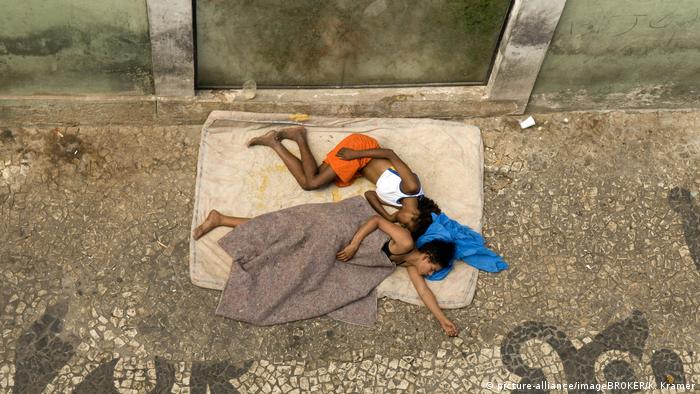 The world's southern hemisphere poor were bearing the brunt of climate change caused by rich, fossil-fuel consumers of the global North, Welthungerhilfe President Marlehn Thieme said in Berlin on Wednesday.

Presenting the Bonn-based organization's annual report for 2018, Thieme said climate change amounted to a "question of justice" in ensuring that resources — still sufficient worldwide to feed everyone — reached the poorest.

Hunger victims, often already cut off to outside help by conflict parties, no longer had livelihoods and sustenance as droughts, floods and storms wrecked their fields and eliminated their farm animals.

Coupled with warfare, in which conflict parties cut off "entire regions" from the outside world, extreme weather was a compounding factor, said Welthungerhilfe's Secretary General Mathias Mogge.

Resources like water and grazing land became scarce, leading to further conflict, in societies where people already had little to withstand emergencies.

"Schools and hospitals are targeted for bombing," he said, further preventing arrivals of aid supplies and making "working conditions for our staff" increasingly dangerous. 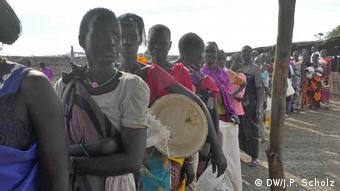 Queuing for rations at Bentiu in South Sudan

Welthungerhilfe's precept of "help for self-help" remained so people can "shape their lives in a self-determined way," said Mogge.

He cited a [smartphone] app used in Myanmar to boost seed production and programmed in cooperation with Wageningen University and Research in the Netherlands.

"Those who have grown seed can sell it to those who have little or no seed. Another app informs users which farmers rent tools they currently don't need," said Mogge.

Reporting on its 2018 efforts, Welthungerhilfe said it had spent €213.6 ($243) million on the fight against hunger and poverty last year.

The largest public donor was the German Federal Ministry for Economic Cooperation and Development (BMZ), which provided €38.6 million.

The largest project regions supported by Welthungerhilfe were Burundi, Liberia and Syria/Turkey.

As the UN climate conference wraps up, Asia's emission-producing economic powerhouses have said their growing wealth doesn't guarantee they can fully comply with the Paris agreement without assistance. (15.12.2018)