Mount Everest has turned into a dumping ground as the growing numbers of climbers leave their trash behind on the mountain. DW reporter Jasvinder Sehgal visited base camp to meet the mountaineers cleaning up the mess. 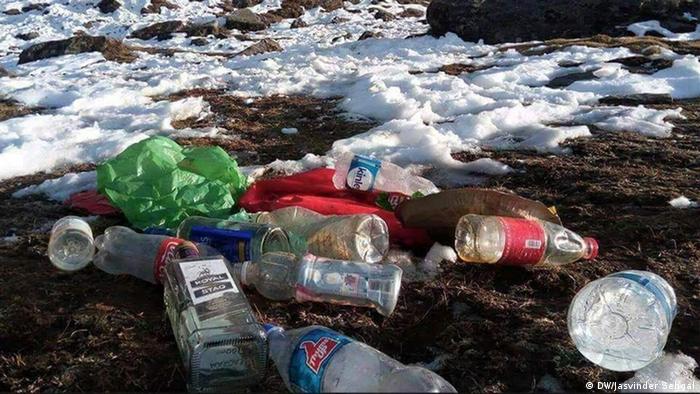 Deepak Baijal is laying ropes, quickdraws, harnesses and other mountaineering equipment on a mat in his home in Jaipur, western India. The 34-year-old is already preparing for his ascent of Mount Everest in four month's time.

Overcoming the world's tallest peak unscathed takes meticulous preparation, even for an experienced mountaineer like Baijal. It will be his first time climbing beyond Everest base camp.

Nearly 300 people have perished on the mountain. But right now the scale of the dangerous challenge is not what concerns Baijal.

"I love Everest — the god of mountains — for its beauty, mystery and mood," Baijal told DW. "But I am upset to know that it is becoming the world's highest garbage dump."

Baijal's deep respect for the world's most famous mountain is not shared by everyone who climbs it.

As the numbers of commercial trekkers and adventure holiday enthusiasts visiting the peak soar — a record 800 people reached the Himalayan summit in 2018 — so too  has the amount of trash left behind.

"The growing population of people climbing means Everest is becoming a picnic spot for more of the 'hobbyists' rather than the previously genuine climbers," said Baijal. 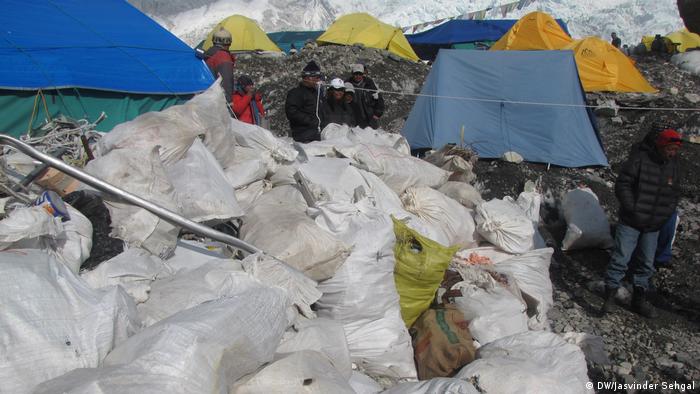 As the numbers climbing Mount Everest rise, the amount of trash on the mountainside increases too.

The landscape of snow and ice is littered with tents, empty oxygen tanks, climbing equipment, food containers, and human waste left by the nearly 5,000 mountaineers who have followed in the footsteps of Edmund Hillary and Tenzing Norgay, the first people to reach the 8,848-meter (29,000 feet) summit in 1953.

It's gotten so bad that the Nepalese government has stepped in. Mountaineers and businesses leading climbing expeditions are now trying to clean up their act. And the problem isn't limited to the Nepalese side of the mountain. Unlike the Everest base camp in Nepal, the one on the Tibetan side can easily be reached by car and the number of tourists there has skyrocketed in recent years. As a result, the Chinese authorities took a drastic step this past week and closed the base camp to anyone but mountaineers with climbing permits.

Dawa Steven Sherpa, a Nepalese Sherpa and entrepreneur, runs the expedition company Asian Trekking and has led more than 150 climbers from 18 different countries to the summit.

When he first reached the roof of the world in 2007, Dawa says he was so alarmed by the piles of rubbish, he decided to lead the first annual "Eco Everest Expeditions," with the sole purpose of collecting trash from the slopes.

The Nepalese government is pushing tour operators like Dawa to cut their waste with a deposit system. Those mounting expeditions have to lodge a deposit of around €4,420 ($5,000) — money they get back once a government official confirms their expedition was clean.

To keep expeditions clean, climbers are expected to bring back at least eight kilos of trash, but Dawa says the new laws aren't being strictly implemented. He pays about 100 rupees (€0.77) for each kilo of trash brought down from the mountainside to encourage climbers to follow the law.

He has also found a solution for properly disposing of another kind of unavoidable human waste in the form of an aluminum foil "poop bag" filled with chemicals for decomposition. Each bag bears the name of its owner, who has to deposit it once they return from Everest. 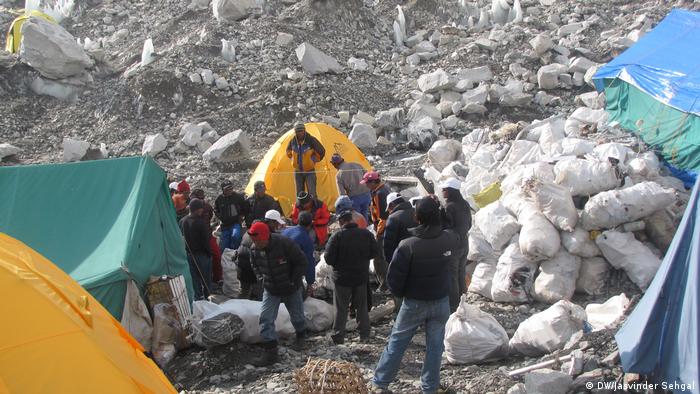 Apart from the danger of stepping in human waste on the mountain, it can contaminate the glacier, which provides drinking water for communities around the mountain. It also makes climbers ill, as they melt snow at the camps for drinking water, said Love Raj Singh, who is the first person from India to reach the Everest summit seven times.

Climate change on the mountains, though, has brought other challenges. Warming temperatures have been melting ice and exposing the trash that has accumulated since people first started making the journey to Everest.

"We don't know what is under the ice," said Sherpa Dawa. "The glacier keeps moving and every year we clean and next year new garbage comes out from the underneath so nobody can say exactly how much garbage is there."

A new report looking at the Hindu Kush and Himalayan mountain range found glaciers there are melting rapidly and two-thirds could disappear if CO2 emissions are not cut rapidly. Research by the International Center for Integrated Mountain Development measured a retreat of nearly 20 meters a year for Everest's Khumbu glacier, increasing the risk of avalanche.

Melting ice has exposed a more gruesome and heartbreaking reminder of just how dangerous the trek to the summit is too — the bodies of those who died on the mountain. 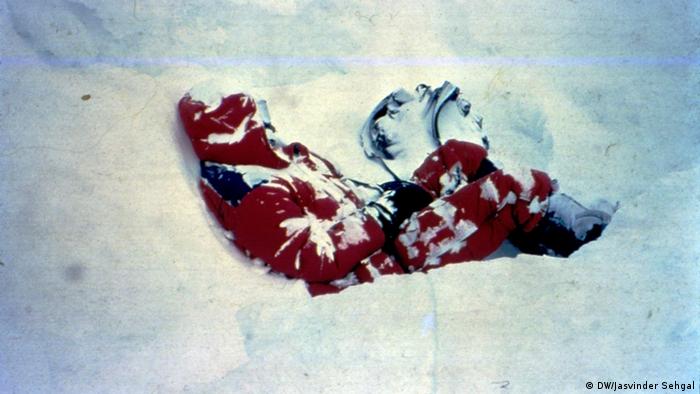 The extreme cold has, until now, preserved their bodies. Retrieving them is a gargantuan and dangerous task in itself given their location, says Dawa. But he and his team have retrieved five bodies from the mountainside.

Removing waste from such high altitudes is testing, too.

"Every mountaineer wishes it to be litter-free," said Love Raj Singh, "but it is such a high altitude and the oxygen is only 30 percent so to bring down the garbage is a big challenge."

Singh heads the Indian Border Security team's "Clean Himalaya, clean glaciers" campaign, which is dedicated to cleaning up the mountain. His team shifted 700 kilos of waste from high-altitude camps to base camp last year.

Dawa says he will continue the difficult and dangerous work. 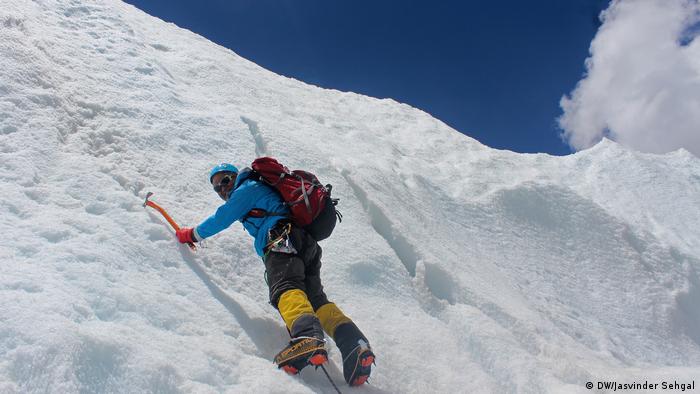