Recently, an Afghan woman who converted to Christianity was murdered. More and more refugees in Germany are being targeted for turning away from Islam. Are these only isolated cases? 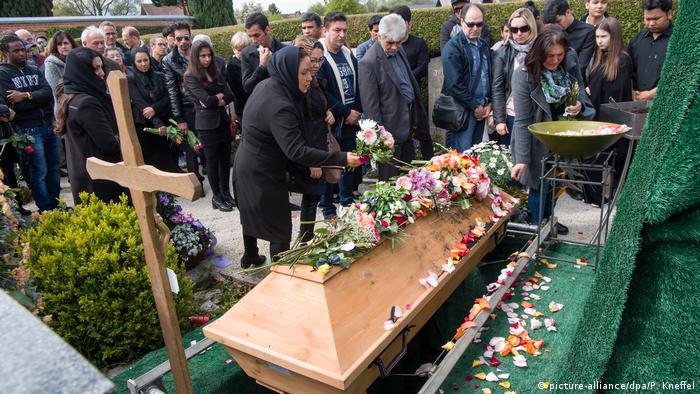 The mother of four was only 38 years old and had been living in Germany since 2011. The former Muslim woman had converted to Christianity and was involved in a project to help refugees run by her community church in Prien am Chiemsee in Bavaria. None of her friends had ever thought it possible that the woman would be stabbed by a 29-year-old refugee, also from Afghanistan, on the street in front of her children's eyes.

Police were initially cautious regarding the motive of the crime. The attacker was considered to be "mentally unstable" and is undergoing psychiatric treatment, but the investigators are also considering the woman’s conversion into a different religion as a possible motive. After all, the suspected murderer had been described as "very religious."

Muslims distance themselves from the crime

As investigations progress, the victim’s funeral (pictured above) took place on Wednesday. At the funeral service, the community pastor spoke about the reactions triggered by the crime. Speaking to DW, Karl-Friedrich Wackerbath said that Muslims turned up spontaneously and excused themselves for what had happened. They also expressed hope that the incident would not again lead to a general smear campaign against Muslims.

Even though clerics from their home countries shared different convictions, Muslims in Germany would not threaten to kill anyone who converted from Islam to Christianity. "The danger however, is that a wedge is being driven between our cultures and religions." 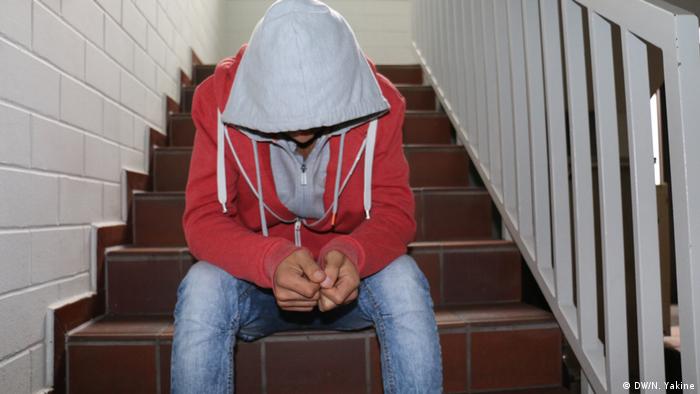 A case of discrimination

Everyday life in a refugee shelter is different. Since 2015, there has been an increase in the number of reports about Christians among refugees who have been verbally or physically attacked. Although the situation has eased with a lesser number of refugees coming to Germany, there are still some embarrassing situations for converts among the asylum seekers.

Victims feel helpless because they are not taken seriously

For example, a graffiti on one of the victims' walls reads, "It is time to kill the non-believers." Entry to the bathroom, showers or the kitchen has been restricted with the words, "The impure cannot enter," written on the doors. Converts are made to hear Islamic prayers or verses from the Quran, played through mobile phones. Those not wearing headscarves or openly wearing crosses are subject to harsh accusations. Apart from insults and abuses, there are knife attacks, and every now and then, death threats.

Representatives of church organizations helping refugees told DW that such incidents occur quite often. The "Iraner Seelsorge" in Hannover, which counsels refugees from Iran, reported a case in which a young convert was bullied at school for so long that he had to leave it. At the Evangelical-Lutheran-Trinity community in Berlin’s Steglitz area, Pastor Gottfried Martens complains that victims reporting such cases were not taken seriously.

Last year, the head of the German Bishops' Conference, Cardinal Reinhard Marx, as well as the Evangelical Church in Germany’s Heinrich-Bedford Strohm admitted to cases of intimidation and violence against Christian refugees. One was taking it seriously, but did not yet have a clear picture of the extent of the religious conflict. The basic idea of the churches was that these were isolated incidents which were causing worry.

Only the tip of the iceberg? 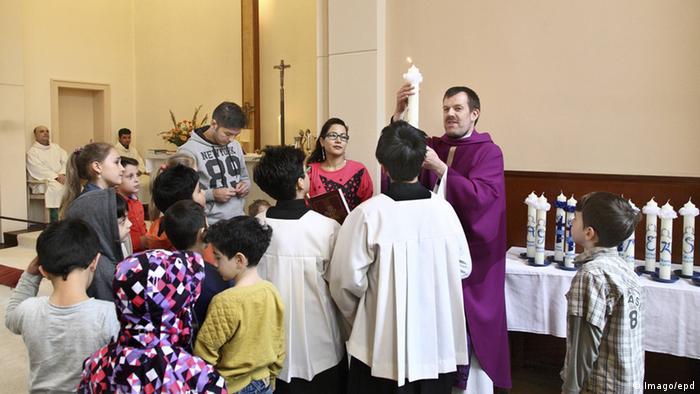 "The isolated case theory has been disproved," said Ado Greve in a conversation with DW. Greve is a spokesman for the non-denominational Christian charity "Open Doors" in Kelkheim, a suburb of Frankfurt. The organization attempts to give a voice to Christian minorities around the world. No one had ever expected Germany to have a role to play in this. When complaints about the discrimination of Christian refugees wouldn’t stop, Open Doors decided to get some figures on its own. The first attempt was publicly criticized because of supposedly unreliable data. But on October 2016, the organization followed up with a second publication. "Fifty-six percent spoke about physical attacks and 83 percent of those who we questioned admitted that they were attacked several times," Ado Greve said.

When pointed out that this information was based only on 750 conversations, Greve responded with a counter question: "How many affected refugees do we need so we do not treat these as isolated cases anymore? Five hundred? One thousand?" This is a pointless and also a humiliating discussion. Every case is one too many. One did not also claim at any point in time that this was a representative survey. It is also not relevant how bad the attacks would be. Even a death threat can do enormous damage to the person. Because in the countries, where the attackers and their victims come from, the threats are often followed by deeds.

The Christian asylum seekers questioned by Open Doors came mostly from Iran (304), from Syria (263) and Afghanistan (63). The attackers were people from their own countries and also from other ethnicities. Unfortunately, in no instance did a report lead to a sentencing.

That is why one is trying to make an impact at the political level. But until now, only the state of Hesse has implemented appropriate measures to reduce the cases. For example, more Christian guards and Christian interpreters from refugees’ countries are being appointed. Migration representatives from the police and other authorities have been sensitized to such conflicts. According to Ado Greve, even these simple measures have generated a lot of trust and better understanding, Greve says, adding: "We will continue on this path."

The charity Open Doors has warned that violence against Christians in refugee homes in Germany is being played down or ignored. It says Germany cannot allow attacks on freedom of religion. (10.05.2016)

Is conversion a reason for asylum?

Fleeing from Tehran's secret police, more and more refugees from Iran are converting to Christianity. But are they doing it out of conviction? DW's Astrid Prange reports. (24.12.2016)