The three-time Olympian said she deleted a November social media post that seemingly accused a senior Chinese official of sexual assault because she "wanted to" do so. The sporting community remains to be convinced. 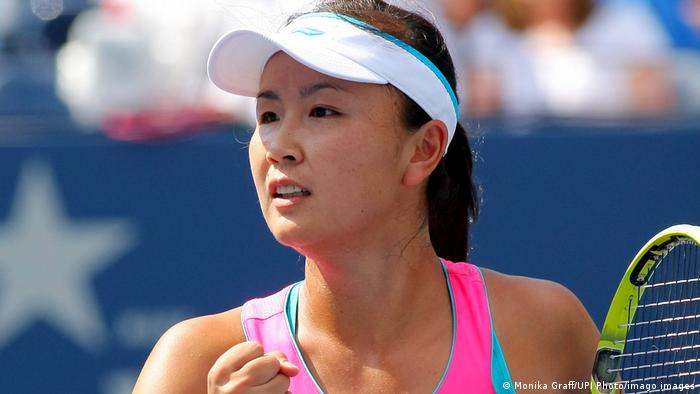 Chinese tennis star Peng Shuai said she never accused anyone of sexual assault and announced her retirement from the sport during an interview with French newspaper L'Equipe on Monday.

Peng, who disappeared from public view for around three weeks after that, released a statement in December, saying there had been a "misunderstanding" with regard to the post, and making clear she didn't accuse anyone of sexual misconduct then too.

But the sporting and international community remained worried about her safety and ability to freely speak her mind. Peng has not updated her profile on Weibo since the post was removed, and searches on the platform with regard to her name also show no recent results.

The L'Equipe interview took place under strict conditions defined by Chinese Olympic officials. Questions reportedly had to be submitted in advance, and Peng's translated answers had to be published verbatim in a Q&A format.

"I never said anyone had sexually assaulted me in any way," she told the newspaper, saying she deleted the social media post herself because she "wanted to" and that she never disappeared from public view.

"I never disappeared. It's just that many people, like my friends or people from the IOC (International Olympic Committee) messaged me, and it was simply impossible to answer so many messages," Shuai said.

"But I've always been in close contact with my close friends. I talk to them, I answered their emails, I also talked with the WTA," Shuai explained, referring to the Women's Tennis Association.

The WTA said in December, after Peng released her statement, that there were "significant concerns" about her well-being and ability to communicate freely. They have since suspended tournaments in China over fears for Peng's safety.

"Some human rights activists, human rights lawyers, or foreign nationals have been forced to make televised confessions in China in the past," he said.

"They would be forced to say what the Chinese authorities told them to say under great pressure. This is certainly the case with Peng," Teng added.

The human rights lawyer pointed out that "Peng has been accompanied by others during her last few public appearances and the information was often released by China's state media," adding that her public appearance "was all arranged."

Bach previously held a video conference with Peng on November 21 but that led to accusations that he was trying to protect the hosts of the 2022 Winter Games.

Chinese tennis star tells IOC she is 'safe and well'

"He asked me whether I am considering competing again, what my projects are, what I'm planning to do, and so on," Peng said.

Peng, who was accompanied by Chinese Olympic Committee Chief of Staff Wang Kan during the course of the interview at a hotel inside the Winter Olympics bubble, told the newspaper she was retiring from tennis.

Human rights lawyer Teng Biao also said that the "[IOC] and its President Bach have been helping to promote the Chinese government's propaganda in Peng Shuai's case."

"It is shameful for the IOC to put its own interests ahead of the basic human rights of athletes," he told DW.

The IOC said Peng would attend several events at the Winter Games in a statement on Monday. She also plans to travel to Europe and the IOC headquarters in Switzerland after the pandemic, the statement added.

Asked specifically at Monday's daily press briefing if the IOC believed that Peng was able to speak freely, spokesman Mark Adams said it wasn't a judgement for the IOC to make.

"We are a sporting organization," he said. "Our job is to remain in contact with her and to carry out personal, quiet diplomacy. I don't think it's for us to be able to judge her position, just as it's not for you [the media] to judge in one way or another." 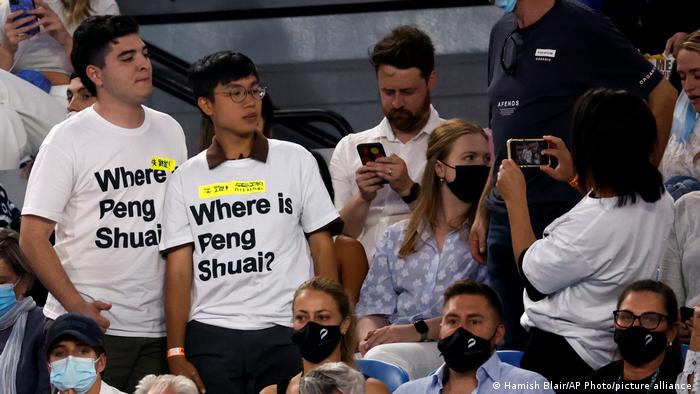 At his press conference last week, IOC President Bach said the Committee would support the three-time Olympian if she chose to pursue her allegations in the courts: "If she wants to have an inquiry, we would also support her in this. But it's her life."

Adams didn't specify how that would work in practice when pressed by DW, ignoring a question about whether the IOC had discussed a potential inquiry with Chinese officials.

"I think the president was right in saying it shouldn't be for us to judge whether there should be an investigation or not," Adams said. "We need also to listen to her and read what she's saying. I think we can say that we are doing everything we can to make sure that this situation is as it should be."

China's high-profile disappearances over the years

After tennis star Peng Shuai made sexual assault allegations against an ex-vice premier, she was not seen for two weeks. Here are some other prominent Chinese figures who mysteriously vanished before reappearing later.