Award-winning Chinese photographer Lu Guang has been detained by local police in Xinjiang since last November. His whereabouts are still unknown as officials continue to put pressure on his family to remain silent. Lu Guang captures the emotions of Gao Rongsheng at the grave of his parents, who died of HIV after selling their blood to buy fertilizers

For almost 40 years, Chinese photographer Lu Guang has been doggedly documenting environmental and social issues in China through the lens of his camera. The impact of his photography has been recognized by almost all major photography awards around the world.

Unfortunately, the renowned photographer has been missing since November 2018, when he was detained in China's Xinjiang autonomous region. "Lu Guang has been missing for a month now and I still haven't received any information about him," his wife, Xu Xiaoli, wrote in a tweet last December. "Even though we've often spent our times apart, I've never felt this agony since we got married 20 years ago."

Sometime after Lu was taken away, police contacted his family in China, informing them that he had been arrested in Kashgar, an ancient city in southern Xinjiang where Beijing has launched a large-scale crackdown on Uighurs and other Muslim minorities. Xu wrote on Twitter that the police didn't approve of Lu's family's application to meet him and also didn't issue any official notice to confirm his arrest or the charges against him. "Police didn't provide further information about Lu Guang's arrest, and I also don't have any information about the friend that had invited him to Xinjiang," Xu wrote. 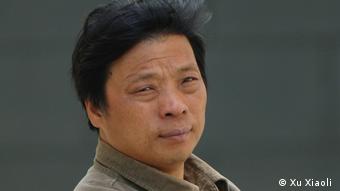 Lu Guang has been missing for several months now

That was the last time Xu shared any updates about Lu publicly. According to Wu Yuren, a Chinese artist living in New York and a close friend of Lu's, the Chinese government had been threatening the lensman's wife and his children, ordering them not to share any information on a public platform.

"Lu's wife and children have been feeling very insecure and scared in recent months," Wu told DW. "Because of the possible pressure from police in China, Xu is no longer willing to share any information with the public."

Wu said that the last time he contacted Xu, she vaguely mentioned the Chinese police telling her that there would be some updates about Lu's whereabouts and his condition in the following weeks, but she didn't specify what kind of updates the family would receive.

"We are guessing local authorities could either transfer him from Xinjiang back to his hometown in Zhejiang province or maybe ease the restrictions on his detention," Wu said.

According to press freedom watchdog Committee to Protect Journalists' (CPJ) 2018 prison census, the Chinese government put at least 47 journalists in jail last year, with dozens of others under investigation. CPJ pointed out that by restricting information given out to the public, Beijing could intentionally be preventing widespread coverage about journalists' detention. In this manner, its officials could avoid being held accountable for their actions. 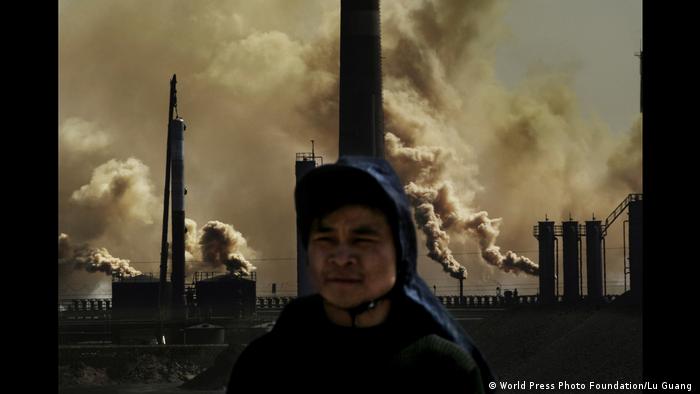 In this photograph, Lu Guang captures the atmosphere of a factory in the Hainan Industrial Park in China's Wuhai.

"Authorities (in China) are deliberately preventing information from getting out and they are getting really good at it," CPJ's China representative Iris Hsu wrote in a recent piece about how the Chinese government was using censorship to prevent revealing the number of detained journalists in the country.

No space for free speech

To the international community, Lu Guang's continuous detention at a mysterious location reflects the "arbitrary and capricious nature" of the way journalists are treated in China. Steven Butler, CPJ's Asia program coordinator, told DW that Beijing's systematic jailing of journalists had made it really hard to predict what could get someone in serious trouble.

"The threshold of what it takes to get arrested seems to be getting lower and as a result, I think there are fewer people who are willing and able to speak out or report news in an independent way," he said, adding, "Chinese president Xi Jinping has been quite explicit that they expect journalism to serve the purposes of the Chinese Communist Party and they don't welcome critical journalism.”

Patrick Poon, China researcher at Amnesty International, said that Lu's photography served as an alternative voice to depict the situation of the Chinese society at the grassroots level. "His visual materials make people question and understand the human rights situation of grassroots people in China," Poon explained. China's detention of Lu Guang shows that the Chinese government can't tolerate even a minimum level of free speech, he said. "While we still don't know what really happened to him; it's horrific to see how a photographer could suddenly go missing in Xinjiang," he told DW.

David Campbell, World Press Photo Foundation's director of Programs and Outreach, who taught a few multimedia journalism classes with Lu in Beijing, explained that Lu was given space to document specific local or regional issues in China several years ago, which is why his arrest came as a surprise to those who had previously worked with him in China.

As Beijing continues to intimidate Lu's wife, children and other family members, Poon worries that if there is not enough international support, Lu could be subjected to torture or other ill-treatment in detention. "The minimum the international community can do is to continue asking the Chinese government to disclose Lu's whereabouts and ensure that he has access to a lawyer of his own choice," he said.

Foreign journalists working in China are facing "unprecedented hurdles" ahead of the Winter Olympics, according to a new survey. Reporters in the Xinjiang region also say they are being increasingly harassed.