Chinese investors home in on Germany | Business | Economy and finance news from a German perspective | DW | 21.12.2015

Chinese investors home in on Germany

Chinese investors have said they're interested in stepping up their activities in Europe and Germany in particular. A weak euro provides some extra motivation for investors to sign lucrative deals. 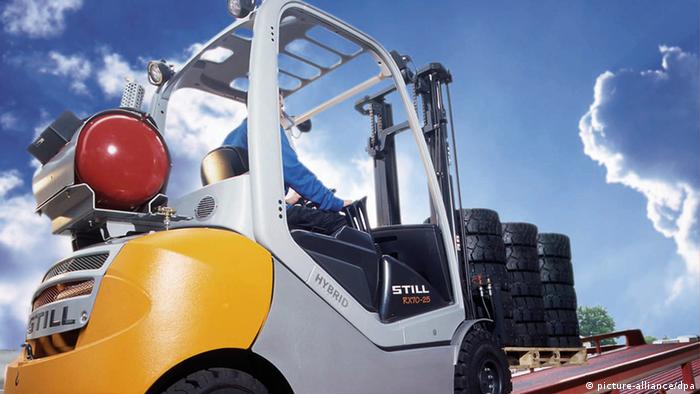 "We're looking for a number of suitable investment objects right now," CIC chief investor Li Keping told the newspaper. He added that his fund was particularly interested in companies focusing on Industry 4.0 technologies, bringing together conventional and digital production methods.

Considering the vast financial resources at its disposal, CIC investors could even buy one of Germany's DAX-listed blue chips. Bit Li dispersed fears the CIC could want to gain control over German companies' business models and philosophies.

"We're definitely not aiming to gain direct control over enterprises in our portfolio," Li maintained.

China's CIC was founded back in 2007 with a view to investing part of the Asian nation's huge currency reserves both at home and abroad, with a view to lessening its dependence on US bonds.

A weak euro has meant that the CIC and many other Chinese investors have seen their appetite growing for takeovers in across the single-currency bloc of 19 nations.

According to the Berlin-based Mercator Institute for China Studies (Merics), China invested some 18 billion euros in Europe last year alone. Between 2000 and 2014, over 1,000 newly founded firms, takeovers or mergers were recorded with the involvement of Chinese investment capital to the tune of 46 billion euros.

Prominent examples of that investment drive have been Lenovo's takeover of PC maker Medion and Weichai Power's investment in German machine tools and logistics company Kion, best known for its forklifts (pictured above).