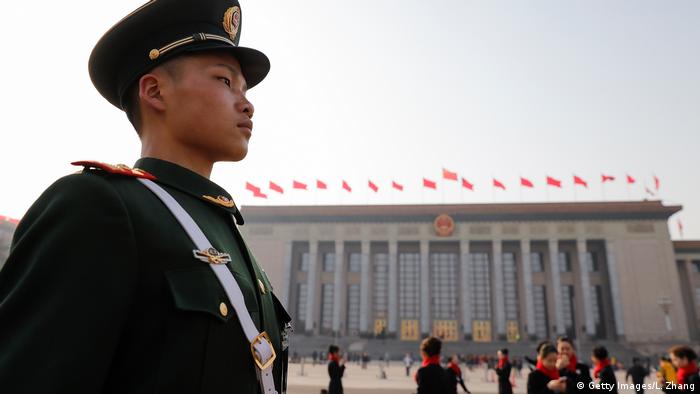 China will bring the People's Armed Police under the command of the Central Military Commission, which controls the military, state media announced Wednesday.

The move puts the 660,000-strong force under the direct control of President Xi Jinping, who heads the Central Military Commission as armed forces chief and commander in chief.

The change will start on January 1, the official Xinhua news agency said without providing a reason for the restructuring.

The People's Armed Police is currently under the dual control of the State Council, or cabinet, and the Communist Party's Central Military Commission.

The force is responsible for border defense, counter-terrorism, fire-fighting and domestic order, including putting down protests.

The Communist Party mouthpiece People's Daily said restructuring would "strengthens the party's absolute leadership over the armed forces ... and ensures the long-term peace and stability of the party and the country."

The People's Armed Police will still remain separate from the military, or People's Liberation Army, the People's Daily said.

Since coming to power in 2012, Xi has sought to consolidate control around himself and the party. This has included appointing loyalist officers to key positions and restructuring the armed forces.

He has also sought to make the military a leaner and more effective modern fighting force loyal to the party.

Unlike most countries, in China, the military is tied to the party and not the state.

World in Progress: 'Everyone is going to be monitored'