Chinese President Xi Jinping is heading to Islamabad, where he will unveil investments worth $46 billion. The move is seen as Beijing's attempt to increase its influence in Asia. 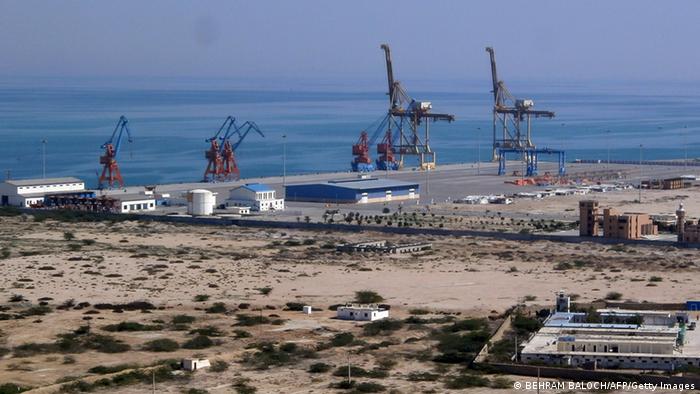 Xi Jinping, China's president, was scheduled to launch $46 billion (43 billion euros) worth of investments in energy and infrastructure on his visit to Pakistan on Monday.

"Pakistan, for China, is now of pivotal importance. This has to succeed," Mushahid Hussain Sayed, chairman of the Pakistani parliament's defense committee, told the Reuters news agency about the partnership.

Xi's two-day visit would include a speech in Pakistan's parliament and announcements related to the China-Pakistan Economic Corridor (CPEC), which would link Pakistan's southern Gwadar port (pictured above) on the Arabian Sea with China's western Xinjiang region. Pakistan transferred control over Gwadar to a Chinese public company in 2013.

"The real opportunity of this China-Pakistan Economic Corridor is that it changes the scope of the relationship from geopolitics to geoeconomics," Iqbal argued, adding that the projects would have a "significant transformative effect on Pakistan's economy."

The two military allies face several challenges in the implementation of the project, the biggest being that of Islamist militants active in Pakistan's Baluchistan state. China was also worried about Muslim terrorists from its Xinjiang province joining hands with terrorists in Pakistan.

"China and Pakistan need to align security concerns more closely to strengthen security cooperation," President Xi said in an address to journalists a day before his trip to Islamabad. "Our cooperation in the security and economic fields reinforce each other and they must be advanced simultaneously," he added.

China's expanded investment in Pakistan is seen as an attempt to increase the country's dominance in Asia and offset US and Indian influence. This is the first visit by a Chinese head of state to Pakistan in the last nine years.

Despite security concerns, China is set to invest heavily in Pakistani infrastructure projects. Beijing is looking for new ways to import energy and support in its fight against terrorism. (11.07.2013)