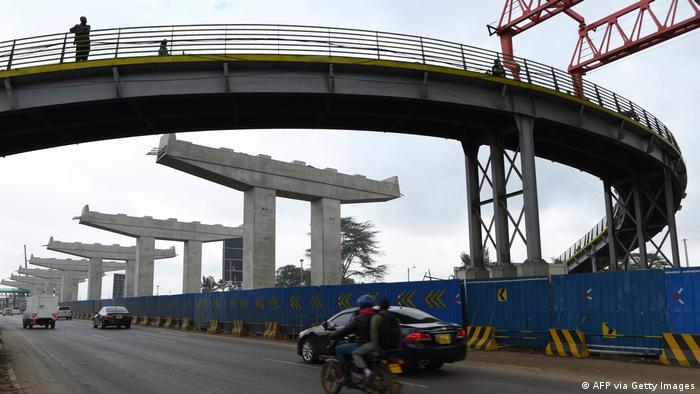 This expressway in Nairobi, Kenya was built by a Chinese state-owned company

The Nairobi Expressway winds through the metropolis like a giant river on stilts. It stretches over 27 kilometers (17 miles) through the heart of the Kenyan capital and connects the West African country's most important airport with Nairobi's central business district, the National Museum and the Presidential Palace.

Construction under the aegis of China took only two years. Now the toll road is helping to relieve the city's congested traffic arteries.

China's state-owned companies are increasingly ahead of their European competitors with swift decisions and speedy implementation of contracts in Africa. That's according to a study published in June by the Friedrich Naumann Foundation for Freedom, a German organization for liberal and libertarian politics. The foundation is affiliated with Germany's Free Democratic Party, currently in a coalition government with Chancellor Olaf Scholz.

More than 1,600 decision-makers from 25 countries were surveyed, including top managers, employees of NGOs and civil servants.

Their answers paint a picture of a Europe that seeks above all to export its values to Africa, while loans, excavators and workers come from China.

"The Clash of Systems" is how the foundation describes the results of the online survey conducted by Kenya's Inter Region Economic Network think tank. 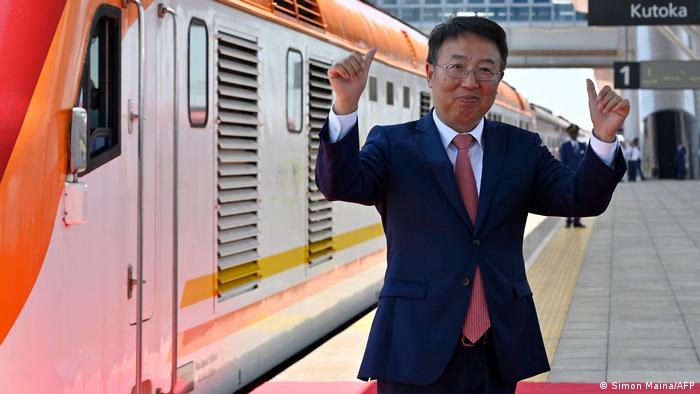 China also financed a railway that was launched in 2019

Europeans are perceived by decision-makers as having an edge on most performance indicators, according to Stefan Schott, a project manager for East Africa and the Global Partnership Hub at the Friedrich Naumann Foundation.

Social standards, the provision of jobs for locals, environmental standards and the quality of products stand out, he said.

On a list of 17 criteria, Chinese companies come out ahead on only four indicators — they make decisions more quickly, implement projects faster, interfere less in internal affairs and have fewer qualms about using corruption.

"Obviously, these are the most important factors; there is no other way to explain the success of the Chinese in Africa," Schott said in an interview with DW.

Europeans would have to draw their conclusions from this. It also affects their reputation for imposing regulations, he said.

"The paternalistic behavior of the Europeans is a problem; the Africans have difficulties with that," Schott emphasized.

In view of this realization, what is the recommendation for German and European Africa policy?

But countries would have to examine whether one should approach conditions in Africa with European standards.

"If the best standards are so high that the Chinese always receive the bid for business, you haven't done any good for the social situation," he said.

The European Union talks about values, he said, but if a constructed road leads to a village, that's also a value.

A European investment bank for Africa?

Schott also brought up the idea of a European investment bank, with a mandate for quick decisions. To facilitate this speed, all 27 EU member states would not have to be consulted in advance.

The partnership at eye level, which European politicians like to emphasize, must definitely be examined.

"The survey participants don't see that, but rather perceive Africa as an aid recipient," Schott added. 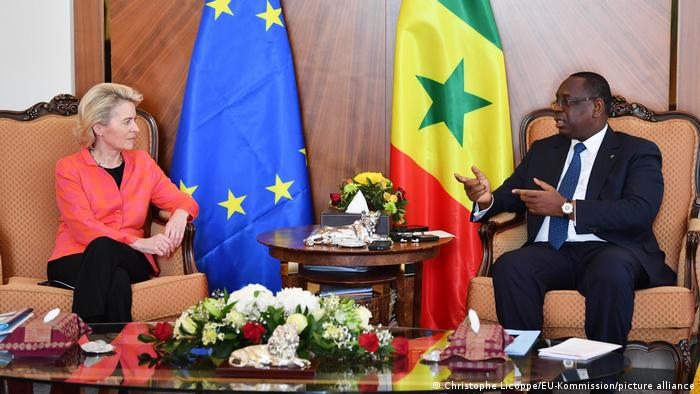 For James Shikwati, a Kenyan economist and co-author of the study, this is precisely the crux of the matter: Europeans are stuck in their outdated view of Africa, Shikwati told DW.

They dictate to Africans what they need and are trapped in their own value system, which holds them back. Europe emphasizes governance, while the Chinese focus on "hardware," the concrete infrastructure to touch.

"They ask: Which road should be built from where to where? But the Europeans first check how many insects walk over it," said Shikwati, laughing. "It doesn't work that way in Africa," he added.

Rethinking required on both sides

Europe needs to tailor its investment plans and approaches to engagement to specific regions and manage them flexibly, he said.

For Africa, that means offering competitive and strategically focused policies rather than fighting existing ones, Shikwati added.

That's the old Europe, he said, but what's needed is a new way of thinking. "It's not just about migrants coming from Africa, but the incentive should be the huge opportunities that exist in Africa for investment and development."

Only 4% of Chinese investment flows to Africa, the economist said. The rest goes to the United States, Europe and other regions.

But that 4% has produced a lot in poor African countries in just under 20 years — while consolidating China's influence as the continent's most important trading partner.

How many elections a government holds and how human rights are respected is important, Shikwati stressed.

However, this will not bring about a major turnaround for African countries.

China under the spotlight for 'loan diplomacy'