A major increase in sales of car tires in China is being driven forward by a burgeoning middle class. Many of the tires are made from local rubber. That's good for business, but bad for the environment. 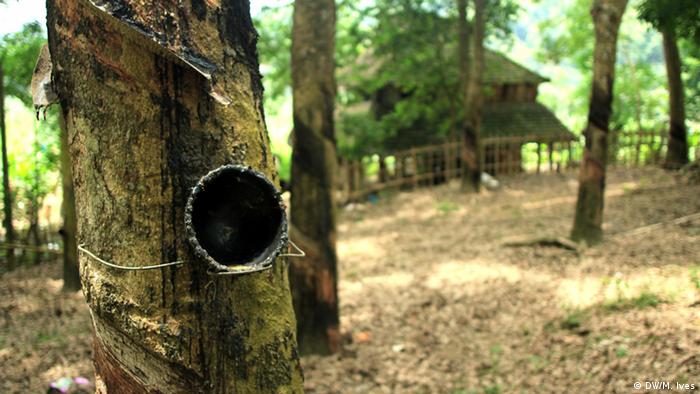 A generation ago, Xishuangbanna was mainly tropical forest, but today more than a fifth of its land area is planted in rubber. Many of Xishuangbanna's country roads are now flanked by towering rubber trees, and no one here disputes that the rubber boom has helped many local farmers rise out of poverty.

"Life used to be very difficult in this village," says Yu Zuai, a farmer in the village of Mandian. "But of the 70 families here, more than half of us have purchased cars. Our living standard has improved a lot and it's all because of the rubber plantations."

The rubber boom began in Xishuangbanna in the 1960s and has accelerated since the 1990s. Yu says the average household in Mandian used to struggle to grow enough rice and corn to survive, but it now earns about the equivalent of a 20,000 euros ($27,140) per year.

Rubber is native to the Amazon basin, and it was imported to Asia in the late 1800s. Xishuangbanna's farmers began planting it in the 1960s under orders from China's communist government, which wanted to establish a domestic rubber source for its growing industries. 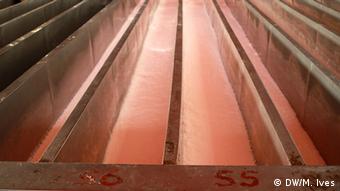 Rubber being processed at a factory in Xishuangbanna

But although rubber has helped to pull many here out of poverty, it has also taken a heavy environmental toll. Xishuangbanna's forests used to be world-famous for their tropical biodiversity, and scientists say rubber plantations are a growing environmental threat.

"Rubber monocultures have no other plants covering their surface and once the rains come it just washes away the topsoil," explains Zhuang-fang Yi, a researcher at the World Agroforestry Centre, an international conservation organization with an office in the Chinese city of Kunming.

Chinaaccounts for about 6 percent of global rubber output, most of which is consumed domestically. And because rubber tends to be more valuable than exportable crops like rice or bananas, many in Xishuangbanna are still rushing to convert local forests and farmland into rubber plantations.

But Zhuang-fang says the conversion of forests to rubber has had drastic effects on Xishuangbanna's trees, plants, soils and watersheds. And, because rubber is far more water-intensive than native plants, it is sucking water out of Xishuangbanna's tropical atmosphere too.

A recent study by the Asian Development Bank found that one hectare of rubber-plantation in Xishuangbanna loses more than 20 tons of soil to erosion each year. The plantations also lose more than a hundred tons of water as rain fails to penetrate the soil and refill groundwater tables, it found. 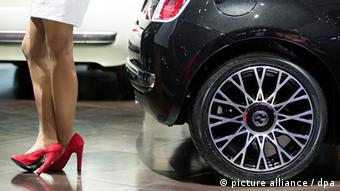 "If there's no consideration of forest protection, then in the next 25 years Xishuangbanna is going to be much drier," Ms. Zhuang-fang says.

Xishuangbanna's forests were also once home to rare species like Asian elephants and white-cheeked gibbons, but scientists say their habitat is fast disappearing.

The natural rubber industry is now a 22 billion euro industry in China, with 70 percent of the rubber being purchased for car tires. The country consumes about 4.5 million tons of rubber each year.

In 2012 the government passed a five-year plan aimed at turning under-performing rubber plantations back to natural forest. The plan also called for planting trees along stream beds to prevent erosion and restore animal habitats.

But rubber is still a main source of income for many farmers here, says 66-year-old Zhou Fabei, a retired agronomist who moved to Xishuangbanna in the 1960s from central Hunan province at a time when much of Xishuangbanna was still covered in dense jungles.

After working on rubber plantations for four decades, Mr. Zhou is now comfortably retired. Xishuangbanna's rubber boom hasn't come without an environmental cost, he admits, but it has also provided the foundation for his family's financial security.

"Rubber is the main industry in Xishuangbanna," he says. "It's the key reason why people here are getting rich."

As Americans' desire for cheap goods from China grows, there's one increasing side effect US citizens hadn't bargained for. A study has shown just how much of China's air pollution makes its way across the Pacific Ocean. (21.01.2014)

China’s capital Beijing has announced it will impose restrictions on new car purchases next year in an effort to reduce air pollution. The new quotas are likely to hit German carmakers. (05.11.2013)