As Americans' desire for cheap goods from China grows, there's one increasing side effect US citizens hadn't bargained for. A study has shown just how much of China's air pollution makes its way across the Pacific Ocean. 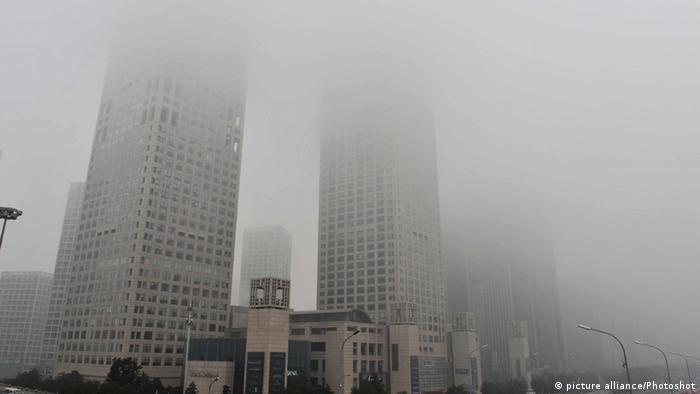 A team of Chinese, British and American researchers said a good deal of air pollution from China blew across the Pacific Ocean, ending up over the US west coast.

The findings of their study as published by the US National Academy of Sciences on Monday suggested American consumerism was to blame for a large portion of the pollution generated in China.

"We've outsourced our manufacturing and much of our pollution, but some of it is blowing back across the Pacific to haunt us," said co-author Steve Davis of the University of California, Irvine.

"Given the complaints about how Chinese pollution is corrupting other countries' air, this paper shows there may be plenty of blame to go around," the scientist added.

Whose fault is it?

The report found that 22 percent of carbon monoxide and 17 percent of black carbon emitted in China were associated with the production of goods for export. Black carbon has been a particular concern, because it lingers in the atmosphere and can raise the risk of cancer as well as severe heart and lung diseases.

Trans-boundary pollution has long been an issue in international climate change negotiations, where China has argued that developed nations should take responsibility for a share of their greenhouse gas emissions as they originate from the production of goods demanded by the West.

"International cooperation to reduce pollution must confront the question of who is responsible for emissions in one country during production of goods to support consumption in another," the report warned.