Prominent Chinese blogger Li Chengpeng won the jury's prize for Best Blog at The Bobs awards for the best blog in online activism. Jury members called him an inspiration to young people in China. 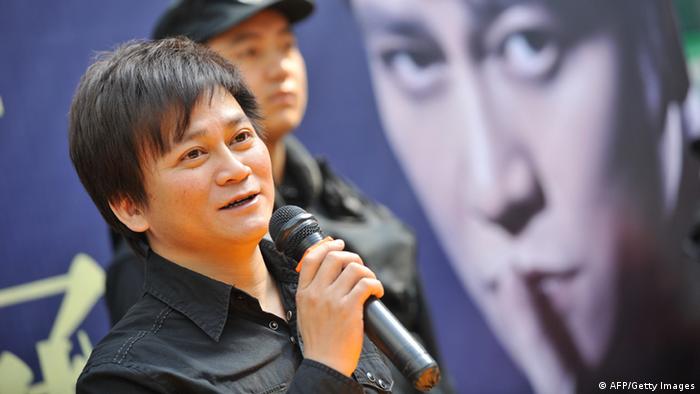 At the beginning of 2013, Li Chengpeng saw his name hit the headlines outside of his native China while on tour to promote his book "The World Knows." Afraid that his fans could turn a book-signing event into a political rally, he was only permitted to hold what he called "silent book readings" as authorities allowed him to sign fans' books but not speak with them or read from his collection of essays.

Writing on the Chinese microblogging service Sina Weibo, Li said the authorities "are all crazy" and when he appeared for the book signing he didn't say a word but wore a shirt that said "I love you all" to thank his fans.

And he has a lot of fans. Over 7 million people follow Li's posts at http://blog.sina.com.cn/lichengpeng and young people in particular listen to what he has to say. In November 2012, he gave a speech at the University of Beijing where he told students that Chinese people had been unlearning how to speak for decades. His speech made its way around the Internet and his political nature of his views became clear.

"I am only pushing to get the right to speak and to write," he said. 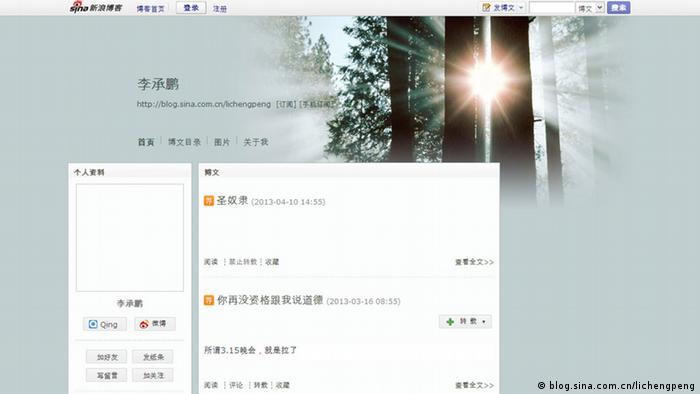 Li's microblog has millions of followers

His criticism of the poor state of freedom of expression in China is seen as both descriptive and sharp.

A new form of protest

In his mid-40s, Li is not among China's youngest bloggers, but he is a part of a new culture of protest developing in the country. Individuals no longer have to stand up to injustices alone and instead identify problems and publicize them to engage a wider section of the public. Issues can range from the acts of a corrupt local politician to companies cutting corners in construction projects.

Li saw how shoddy construction caused a building to collapse in May 2008 and witnessed how victims could not be rescued from the remains as the site was too dangerous for others to enter. He wrote that he could not understand how in a region prone to earthquakes, buildings that collapse at the slightest movement of the ground were allowed to be put up.

"The thing that still makes me wonder," he wrote in his blog four years later, "is the question of why all the victims of the September 11, 2001 attacks have names, while no one has the names of the children there."

He assembled a group of people who then traveled through the region to evaluate the building materials used in schools. Of the many places they visited, they found one building that remained standing after the quake and in which all the teachers and students survived. The press was amazed that anything could withstand the earthquake, but Li discovered that the building was one of the few in the region built in accordance with construction requirements and published an essay titled "The truth about the amazing survival of students and teachers at the Longhan primary school."

Li was not always an opponent of the government. He started his media career as a sports commentator and was a "patriot" unwilling to criticize authorities and happy to believe that only evil could possibly come from the West, he has said of himself. After watching a building's collapse result in the deaths of hundreds of people, Li said he realized patriotism meant working to protect his country and the lives of the people in it. 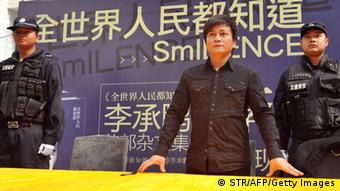 Li's passion became telling the uncomfortable truths of daily life in China in a satirical and ironic way that grabs people's attention. One of his first books addressed the lives of people forcibly displaced from their homes and their fights against being moved against their will.

In 2010, he tried to run as an independent candidate in parliamentary elections, and while that course of action is legally available to every Chinese person, people who are not members of the Communist Party do not stand a chance of being successful. Still, his campaign made authorities uneasy and in exchange they made his life difficult. A sports scholarship was taken away from his son, a talented tennis player, and Li, of course, was not elected to parliament.

Li's fresh take on problems in China and his courage in publicizing them convinced this year's jury at The Bobs to honor him with the annual contest's top prize. Chinese jury member Hu Yong, a blogger and journalist himself, said he has been continually impressed by Li's campaigns and entertaining style of writing that gets attention.

"He gives young people a very good example how to influence the future cause of China," Hu said. "The award shows that the jury members also think that a blogger like Li Chengpeng can influence millions of young Chinese people to let them be aware of the censorship, to be more free, more open and to be more active in political process."

Iran and China constantly block access to DW on the Net. But Psiphon helps users gain access to blocked sites. DW has been collaborating with Psiphon developers for the Bobs, DW's award for online activism. (23.04.2013)

Read about all this year's winners