Iran and China constantly block access to DW on the Net. But Psiphon helps users gain access to blocked sites. DW has been collaborating with Psiphon developers for the Bobs, DW's award for online activism. 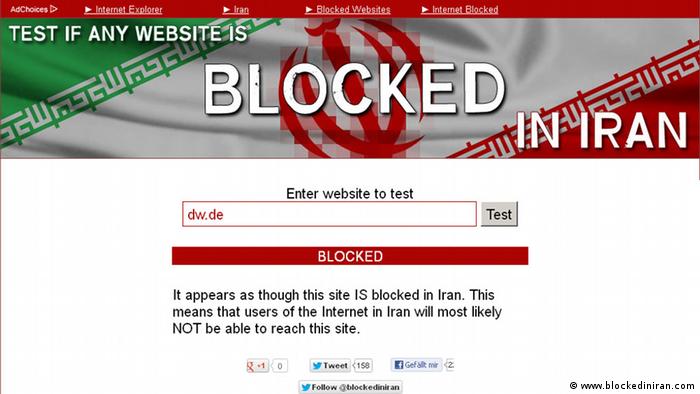 Last year, people in Iran and China were hardly able to participate in the vote for the Bobs because the pages of the online competition and its nominees were blocked time and again. But things are different this year. Since December 2012, DW has been collaborating with the developers of Psiphon - an "anti-censorship tool." Psiphone is helping millions of users circumvent authorities in countries where they can't surf the Internet freely. The open source software, which was produced by a team from a Canadian university in 2004, continues to be developed by a company based in Toronto.

In March, France-based NGO Reporters Without Borders (RWB) included Iran and China on its "Enemies of the Internet" list.

"State control is very high in both countries," says Christian Mihr, the head of the German chapter of RWB.

Chinais "the most experienced with Internet surveillance," notes Mihr, who is also a jury member for the Bobs this year.

Five government authorities are involved in monitoring over 500 million Internet users - social media is under surveillance, websites are blocked and SMS communication is logged. 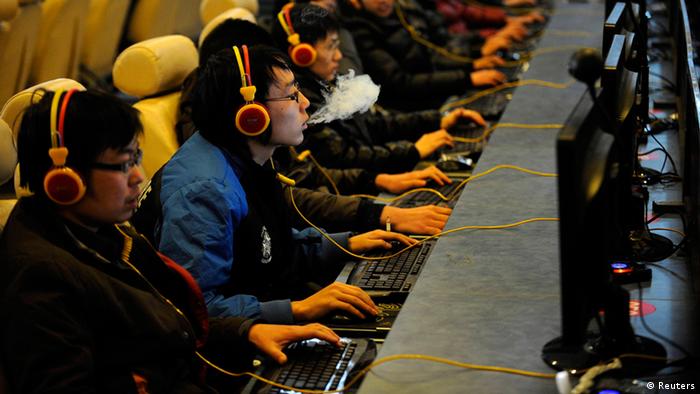 China has the highest number of Internet users in the world

On Sina Weibo, a Chinese microblogging platform similar to Twitter, every user must register with his full name and telephone number. There is an automatic 80 point system - if a user breaks the rules of the platform, points are subtracted until the account is simply deleted.

The Internet is also under surveillance in Iran. "But Internet censorship is a reflection of the political rivals," says Christian Mihr. While some pages or terms are systematically blocked in China, censorship in Iran is in part contradictory because of the many surveillance agencies. Currently, pages like Facebook, Twitter, YouTube or western news websites like DW are blocked. That is shown by the test page blockediniran.com (as shown in the picture at the top of the article). But the Bobs website isn't blocked. However, if a user tries to get access to nominees' blogs, he will get a notification telling him that they are blocked.

Until recently, Iranian Internet users could easily circumvent the state censorship on the Net by using virtual private networks (VPNs). But the government blocked "illegal" VPN access and only allows access to official (i.e. controlled) ones.

"Iran has been trying for years to build up Halal Internet - local Internet," says Christian Mihr.

Now it is trying to reduce and to raise the price for international connections - something that RWB considers critical. 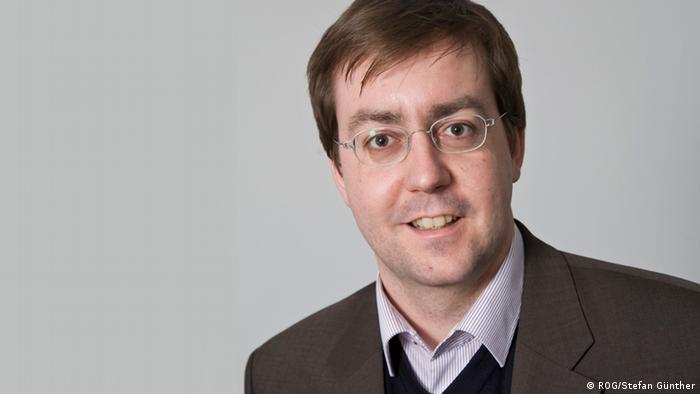 'A game of cat and mouse'

Using Psiphon, users can circumvent all these restrictions. Every week, 260 million pages are consulted via the system, which has two versions - one that is web-based and an app that can be installed on Windows or Android. The web-based version gives users the link to a proxy server, which is located in a country where there is no Internet censorship.

DW users automatically land on its page. The link is communicated via the newsletter, mailing and other ways, so that there is always "the risk that the wrong people get it," says Oliver Linow, head of technical distribution at Deutsche Welle. But that's included in the planning. In recent months, new proxies had to be created several times because the addresses were discovered and blocked. But it has always worked well in Iran.

On the other hand, Psiphon 3 - the app for Windows and Android - uses VPN technology to ensure free access to the Internet. After the user has logged in, a kind of tunnel to the proxy server is created. If the server is discovered, the address changes automatically, without the using having to do anything.

Within the framework of the current collaboration between DW and Psiphon, all users logging in from Iran and China through the system land on a DW page that has been especially adapted for this purpose. Other users see the homepage with an overview of DW's language offerings. As of Tuesday (23.04.2013), there is also a link to the Bobs. Voting for the award is already underway - more than 50,000 users had participated by April 3. Voting ends on May 7. So far, things are looking good for the Iranian nominees - and Psiphon could be helping them get the votes they need.

India sells itself as a tech hub, outsourcing IT experts to the world. At home, it dreams of "equity on the Net." But millions remain unconnected and digital surveillance is on the rise. (15.04.2013)