When Mao launched the Cultural Revolution in China, left-wing students in Berlin were paying attention. Gottfried Schmitt was one of them. Today, he takes a more critical view but some of his convictions remain. 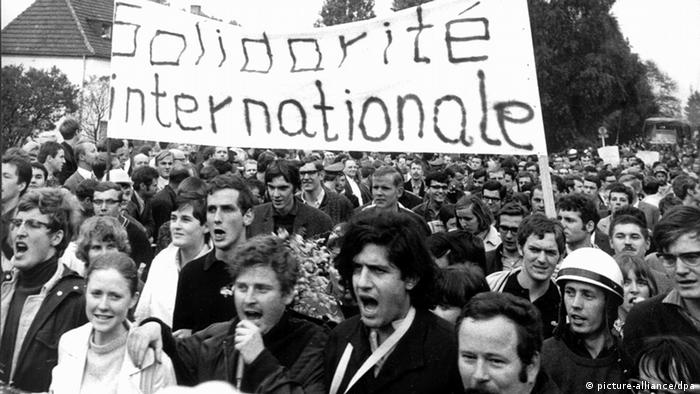 "When I came to Berlin, there were many Marxist-Leninist organizations. Many students were taking part in training sessions, reading Marx's 'Capital' and texts about the workers' movements etc. And China and the Cultural Revolution played an important role," said Gottfried Schmitt

Today, he still has a copy of Mao's bible in his bookcase. The other shelves are full of literature and art books. Mao sits besides Picasso and Giacometti. Schmitt's "Red Book" is a well-maintained pocket-edition from 1968. The collection of quotations and texts by Chairman Mao Zedong was printed and published in the People's Republic of China.

"Maoism and the Cultural Revolution were interesting because they were an attempt within the Communist Party of China to put into practice the model of perpetual disempowerment of the elites. The keyword was permanent revolution. Even in socialist societies, there is a tendency for established bureaucracies to develop and basically rehabilitate the old bourgeois structures. Mao saw that very clearly. In Berlin, we had the so called real socialism of the German Democratic Republic before our eyes. But it didn't provide a model of society that was attractive to young angry and rebellious students." 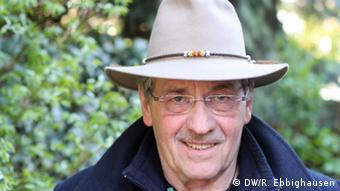 From Freiburg to world revolution

The former teacher and sculptor put the Mao bible on the living room table and talked about how he went from growing up in a bourgeois pastor family in Freiburg to West Berlin, the hub of West Germany's student movement. Like many other young, left-wing men, he refused to do his military service at the height of the Cold War. As a deserter, he was arrested by the military police following his return from a trip abroad.

He was immediately sent to a barracks. He refused to cooperate and started studying and then did alternative non-military service in a psychiatric clinic on Lake Constance. He was later transferred to Tübingen, as punishment for his role in organizing strikes.

Finally, he made it to West Berlin where - prior to Germany's reunification in 1990 - US, British and French military forces were stationed. As a consequence of their presence, male residents in West Berlin were exempted from West Germany's compulsory military service.

Schmitt found many like-minded people in West Berlin who also believed in a world revolution, but it quickly became clear to him that certain elements should be taken with a pinch of salt. "These literal interpretations of Mao's texts also had a ridiculous side. He had a wise word to say about every trifle, which also had a humorous variant. It didn't make sense to translate them literally."

Nevertheless, Gottfried Schmitt regrets the conflicts within the left-wing movement. "There were bitter ideological battles. The orthodox Maoists could not stand the moderates and the moderates couldn't stand the Moscow line etc. Some people took it so seriously that it became laughable. But that too triggered a sense of self-criticism. You started wondering whether it made sense to put personal relationships at risk because certain things were interpreted differently. It wasn't a completely different direction but just another interpretation."

Trade union work instead of sectarianism

Schmitt's work protected him from adopting extremist positions - and he has been grateful for this fact. To finance his studies, he worked with a Berlin publisher and worked his way up from operating a packing machine on the factory floor to dealing with manuscripts.

But he was not a lone warrior: "I, of course, organized myself in terms of trade unions, in a local group. We tried to agitate our colleagues but then we fell flat on our faces. If you told them: We know what you have to do to be happy they would look at us as if we were mad and said that wasn't the way. The work in the company led to us being corrected by normal people, so to speak. So I turned away from sectarian party models."

He adds that the fact that many people placed their hopes on Mao and the Cultural Revolution in such an extreme, i.e. literal way, was due to the fact that the German students knew very little about what was going on in Asia.

"What was really happening in political terms in China as well as in Vietnam, Laos and Cambodia, was only accessible to us via Chinese propaganda. And like in every form of propaganda the reality was kept out. It didn't talk about how many thousand people had been sent to re-education camps in China, how many people had died. We basically knew nothing about that. Even the bourgeois press in the West didn't really know about it as far as I remember. But it was definitely a mistake to not look at things more critically. The propaganda that was delivered to West Berlin via the Chinese embassy in East Berlin was clearly being manipulated."

Anger without an outlet

Schmitt says, in terms of gut feeling, he is still in favor of a revolution. He is just as angry about the state of the world as he was back then. "When I see pictures of children who have to sort out recyclables in the industrial garbage of the 'civilized' world on smoky mountains of junk, I think that the situation is more dramatic than in the 19th century. Although there was child labor in the 19th century, the situation is worse today and more risky for millions of children." 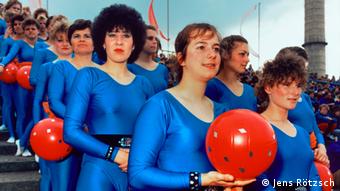 He is also convinced that "the political and economic analysis of Marx still holds today. When you read 'Capital' it is amazing how astute his analysis of exploitation is, even if it has become international today." But Schmitt is disillusioned with regard to the so-called communist revolutions in Russia, China or Cambodia. He says that they, in no way, improved the lives of the people. Marx clearly pointed out what was wrong in the world but all attempts to put his ideas into practice have failed, Schmitt concedes.

What remains is a conflict. This is also apparent from Gottfried Schmitt's later life. Like for many others, his political activism had personal and professional consequences. Because he had co-organized a demonstration, the German philologist and social scientist never received the status of civil servant. He only found out the reason for this many years later when he was able to look at his records. He went to Algeria in the hope of finding another socialist model but was soon disappointed.

Then he worked with young offenders trying to reintegrate themselves in society - as a German lecturer at a Hungarian university, as a teacher at a German vocational school and gradually he became more and more interested in art. Today he is a sculptor and regularly exhibits his work. His motive is to eventually "create something permanent."