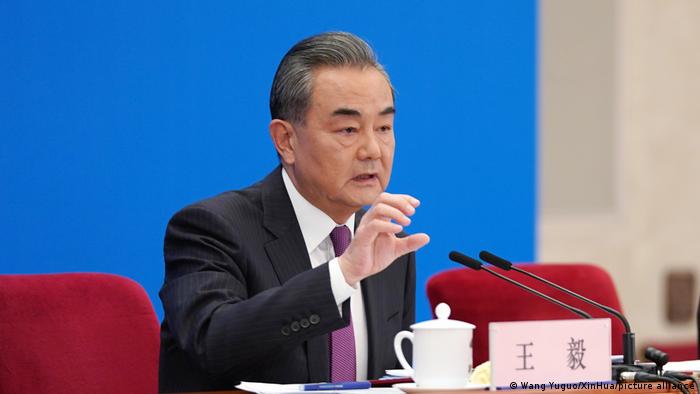 Chinese Foreign Minister Wang Yi weighed in on the Russian military buildup on Ukraine's borders on Thursday in a phone call with US Secretary of State Antony Blinken.

After the call, China's Foreign Ministry released a statement that said Wang had told Blinken that Russia's "reasonable security concerns should be taken seriously and resolved."

Wang told Blinken that China wants all sides in the crisis to avoid increasing tensions. Blinken was said to have stressed the need for Russia to deescalate, while warning of severe security and economic challenges should Russia launch a larger invasion of some kind on Ukraine's territory.

"We call on all parties to stay calm and refrain from doing things that agitate tensions and hype up the crisis," said Wang.

What did China say about the crisis?

According to China's Foreign Ministry, Wang said a nation's security should not come at a cost of the security of others. He added regional security could not be guaranteed by strengthening or even expanding military alliances.

Wang threw his support behind the Minsk agreements, signed in 2014 and 2015. But so far, the protocols have failed to achieve what they set out to do, namely, to end the separatist war in eastern Ukraine fought by proxies that Russia denies ties to.

Russia has refused to implement parts of the Minsk II agreement because it claims to not be responsible for the actions of pro-Russian proxy forces in the Donbass region, the industrial eastern part of Ukraine occupied and de facto controlled by those forces.

"The new Minsk agreement, which was approved by the Security Council, is a fundamental political document recognized by all parties and should be effectively implemented," Wang said.

Russian leader Vladimir Putin is expected in China next week for the start of the Winter Olympics, which open on February 4.

What did the US State Department say about the call?

The US State Department said Blinken told Wang, "deescalation and diplomacy are the responsible way forward."

Russia has built up a sizeable force of over 100,000 on Ukraine's borders, and has called on NATO to roll back its force posture to pre-1997 arrangements, before several former Soviet satellite and occupied states joined the military alliance.

These countries now comprise NATO's eastern flank and are bound by Article 5, the mutual defense pact that states an attack on one is an attack on all. Russia has also demanded that Ukraine never be granted NATO membership; the US has said this is impossible to guarantee, as NATO membership is the decision of sovereign nations to make.

Separately Wednesday, one of Blinken's deputies, Wendy Sherman, who previously led talks with both Russia and China, said Putin seemed set to invade Ukraine despite warnings made to deter him.

"I have no idea whether he's made the ultimate decision, but we certainly see every indication that he is going to use military force sometime perhaps [between] now and the middle of February," Sherman said.