The restrictions would be for US citizens who have "behaved egregiously" regarding Hong Kong. They are a direct response to the US' move to restrict visas for Chinese officials. 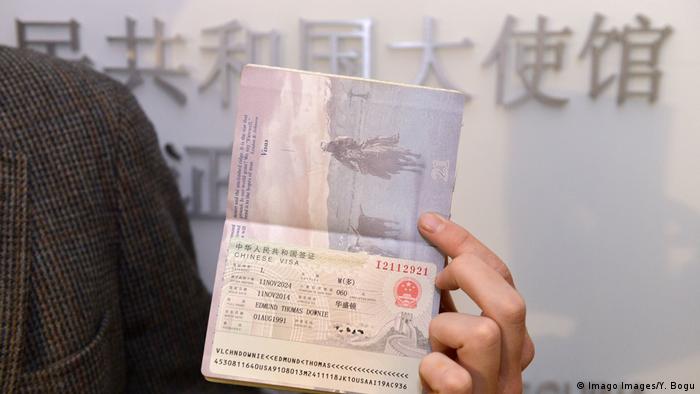 China announced Monday that it would impose visa restrictions on US citizens who had "behaved egregiously" over Hong Kong, after Washington said it would restrict US visas for Chinese officials.

Ministry spokesman Zhao Lijian told reporters during a briefing that China is urging the United States to stop meddling in Hong Kong affairs, and warned that China will react with strong countermeasures if the US continues its actions.

China is pushing forward acontroversial security lawthat would enforce punishment for subversion and other offenses in Hong Kong. Critics of the law say that it could be used to further silence dissent. On Friday, the US said it would restrict visas for a number of unspecified officials for infringing on the city-state's autonomy.

The US "scheme to obstruct the passage of the Hong Kong national security law will never prevail," said Zhao.

"The US is attempting to obstruct China's legislation for safeguarding national security in the HK SAR [Hong Kong Special Administrative Region] by imposing the so-called sanctions, but it will never succeed," he said.

"To target the US' above wrongful actions, China has decided to impose visa restrictions against American individuals who have behaved egregiously on matters concerning Hong Kong."

US Secretary of State Mike Pompeo said last week that the new visa restrictions would apply to "current and former officials" of China's ruling Communist Party, "believed to be responsible for, or complicit in, undermining Hong Kong's high degree of autonomy."

The US Senate also approved a bill last week that would impose mandatory sanctions on people or companies that back efforts to restrict Hong Kong's autonomy, including imposing restrictions on banks that do business with anyone backing any crackdown on Hong Kong.