China and South Korea recently reached a broad accord on a free-trade deal set to reduce most barriers to bilateral commerce. But analyst Gareth Leather tells DW the pact is no short-term solution to Korea's export woes. 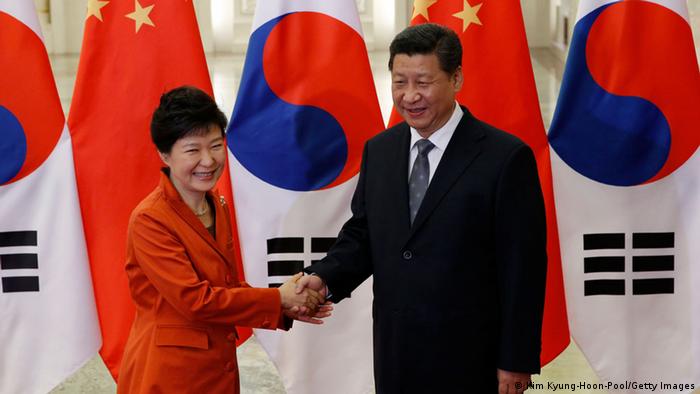 The deal, the outlines of which were signed by Chinese President Xi Jinping and South Korean President Park Geun-hye on November 10 at the APEC Summit in Beijing, now faces legal and parliament reviews in both countries. A final agreement is expected in 2015.

The pact, which had been negotiated for more than two years, covers 17 areas including online commerce and government purchasing, but leaves barriers on rice and automobiles. China is the world's largest exporter while South Korea ranks seventh. Seoul already has trade deals with the European Union and the US and recently completed a similar free trade agreement (FTA) with New Zealand.

In a DW interview, Gareth Leather, Asia economist at the UK-based economic research consultancy Capital Economics, says that while South Korea is expected to benefit most from the FTA with China, tariff reductions will only be phased in gradually, with some tariffs on exports set to be lifted only in 20 years time. Therefore, he adds, prospects for Korea's exports will depend far more heavily on the performance of its main trading partners. 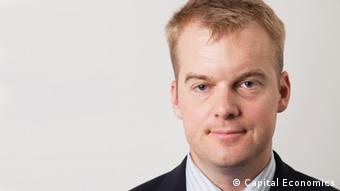 Leather: 'South Korea would benefit the most from the pact'

DW: What are the key aims of the pact and what does it entail?

Gareth Leather: Under the terms of the agreement, China has agreed to eliminate tariffs on 91 percent of all imported goods from Korea, although some tariffs will only be eliminated in 20 years. In contrast, less than 10 percent of tariffs lines are currently duty free. The deal also extends beyond the scope of normal trade deals to include areas such as online commerce and government purchases.

Who stands to benefit the most economically?

It seems that South Korea would benefit the most. China is South Korea's biggest export market, with total exports worth some 145 billion USD in 2013, accounting for 26 percent of its exports and around 11 percent of GDP. Given that scale, an acceleration in export growth to China could deliver a large boost to South Korea's economy. But China will benefit too. In the long run, an increase in trade between the two countries could create opportunities for greater specialization, lifting productivity growth in both economies.

Assessing the impact of the US-India food security deal

India's insistence on its right to stockpile food had stalled a key global trade deal for months. But Washington and New Delhi have now reached an accord which clears a major stumbling block, says economist Rajiv Biswas. (13.11.2014)

Some have expressed concerns about a potential flooding of China-made products into South-Korea. What is your view in this?

It is far from clear that there are large unexploited opportunities for trade between the two countries. Tariffs between China and Korea are already pretty low. China's average tariff on Korean imports is just 5.4 percent, so there is only limited scope for further tariff reduction.

Furthermore, the elimination of tariffs will presumably have little impact on the many Korean companies that have production bases in China, and are already able to sell to Chinese consumers without paying tariffs. Some lobby groups for Korean farmers are already voicing some opposition, even though tariffs on most agricultural goods will be left in place.

Is this agreement a game changer for these countries?

No. The most obvious reason to be circumspect is that the deal has not yet been finalized. While participants have claimed they will have the remaining details sorted out by the end of the year, deals of this type typically drag on for much longer. The Korea-US trade deal, for example, dragged on much longer than planned. The treaty was signed in June 2007, but did not actually come into force until December 2010. 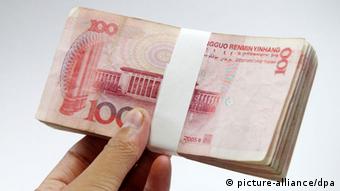 Leather: 'In the long run, an increase in trade between the two countries could create opportunities for lifting productivity growth in both economies'

What are your prospects for the South Korean economy as a result of this pact?

Given the recent struggles of exporters in Korea, it's understandable that a positive development on the trade front has caused such a stir. But prospects for South Korea's exports will depend far more heavily on the performance of its main trading partners. The good news is that growth in the US looks set to pick up, while China's demand for Korean exports should remain healthy, regardless of the impact of the recent trade pact.