China sees great investment opportunities in Eastern Europe | Asia| An in-depth look at news from across the continent | DW | 16.12.2014

Chinese Premier Li Keqiang is meeting with leaders of eastern and southeastern European countries at the fourth CEE-China summit. The group seeks to expand economic cooperation and China is set to benefit. 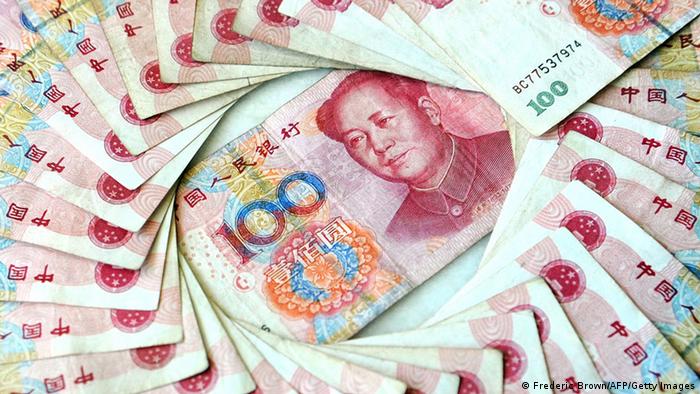 Only when it is in movement, can it produce returns and interest. Brokers and financial consultants in Beijing are very familiar with this wisdom and they apply it in an exemplary manner - China's giant monetary reserves are fast reaching four trillion US dollars.

"China's growth has slowed down a bit. In this situation, Beijing is trying to boost its domestic economy instead of holding its capital in foreign bonds," explains the expert for foreign investment in Belgrade Milan Kovačević.

Chinese Premier Li Keqiang is meeting with the leaders of 16 Middle and Eastern European countries (CEE) in the Serbian capital on Tuesday, December 16. The post-Communist area stretching from the Baltic countries to the Black and Adriatic Seas is being hailed as a perfect spot for Chinese investment and exports. The politicians of the eleven so-called "new" EU member states and five countries waiting for EU membership were keen to welcome the Chinese cash flow. 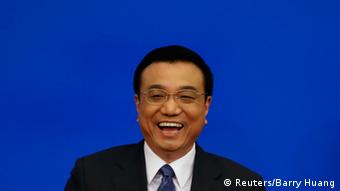 "Trade volume is still low, but will grow enormously," macroeconomics expert Dreger of the German Institute for Economic Research told DW. Trade has increased tenfold in the past decade and there is room to grow. Experts in Beijing expect to see the trade volume increase to over 100 billion euros within a few years.

From the perspective of the CEE countries, cooperation with China is not always a cake walk, because trade is extremely asymmetrical in favor of the Asian export giant.

"It is difficult to export from Europe to China. The developed European countries have fed the competition there with machines and technology - and that's it," Kovačević explained.

It is nearly impossible to sell products to the Chinese and compete with their low prices, which are low because of the low wages. Christian Dreger, however, sees a chance in the agricultural sector. "Chinese investment will help them advance with their industrial products as well."

Dreger and Kovačević agree that cooperation between the CEE countries and China is purely economically motivated. Some EU politicians see it differently. China is playing the European countries off against each other, says the former EU Trade Commissioner Karel de Gucht.

In his analysis for the European Institute for Asian Studies from Bratislava, the Asia expert Richard Turcsányi writes the 16+1 group is not against the EU, even though it is bypassing Brussels: "Neither China nor the CEE countries have the motivation to weaken the EU. Instead of criticizing its partners without any plausible arguments West European countries would do well to understand this," Turcsányi writes. 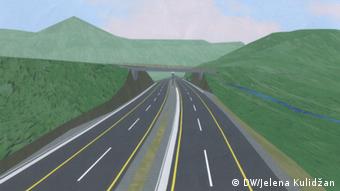 This highway in Montenegro would be built by Chinese contractors

The three-day meeting in Belgrade is likely to be similar to the one in Bucharest, in which representatives of the CEE countries presented a number of projects, hoping to attract interest from Chinese government or business. In the year 2013 alone, there were, for example, 50 suggestions on the Serbian government's wish list. In the past few years, meetings between China and CEE countries have focused on infrastructure and prestige projects worth billions - for example, the railway connection Belgrade-Budapest, motorway sections in Montenegro, nuclear reactors in Romania, chemical industry in Hungary and ports in Croatia and Bulgaria.

These deals, first and foremost, are beneficial to China. Take the the example of the Pancevo Bridge in Belgrade, which is due to be inaugurated on Wednesday. A Chinese bank provided money at a low interest rate, a Chinese company is a contractor, and the workers and the construction material are primarily from China.

"The bridge was practically imported," Kovačević said. And the Chinese companies involved didn't pay any duties nor taxes on this project, the Serbian transport ministry told DW.

Christian Dreger underlines the positive aspects: "The bridge is in Eastern Europe and helps connect the regions. So there will be growth opportunities for the local economy."