Almost 20 million people living near the capital Beijing are now under strict lockdown as China witnesses its largest coronavirus outbreak since the summer. 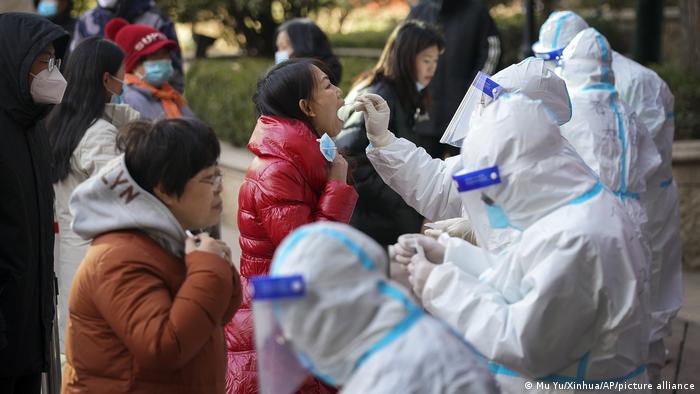 Chinese authorities imposed strict measures on two cities in Hebei province, just south of Beijing, on Friday in order to curb a new outbreak of coronavirus.

Almost 20 million people were barred from leaving the cities of Shijiazhuang and Xingtai as the country raced to take control of the largest outbreak of COVID-19 cases since the virus was first discovered in Wuhan in 2019.

The Hebei province recorded 127 new cases in the past week, as well as 183 asymptomatic infections, most of which were in the two large cities.

In response, authorities promised to "strictly control the movement of people and vehicles" and placed residential areas under "closed management," a euphemism for lockdown.

Residents were also banned from entering the capital, Beijing, or leaving Hebei unless absolutely necessary.

Large-scale plan to tackle the outbreak

Some 33 new cases were reported in Hebei on Friday, with 51 recorded the previous day, bringing the number of infections up to an amount not seen since July.

Authorities also said on Friday that they had tested 6.7 million residents of the two sealed cities so far.

Pictures were also published of health workers giving jabs of the Chinese-produced Sinopharm vaccine — the vaccine was recently approved with a 79% efficiency rate.

Despite being the origin of the virus, China was able to effectively curb infections and keep further outbreaks — which the government has linked to imported cases from travellers and products — to a minimum.

"The outbreak was imported from abroad, but the exact origins are currently under in-depth investigation by state, provincial and municipal experts," said Li Qi, head of the Hebei Centre for Disease Control and Prevention, at a press briefing Friday.

The new measures were a cause for concern for those looking forward to large-scale celebrations of the upcoming lunar new year which runs from February 11 to 17.