Countries around the China Sea have been placing increasing importance on the natural resources that the ocean can offer. The maritime neighbors are now keen to stake claims to several resource-rich island groups. 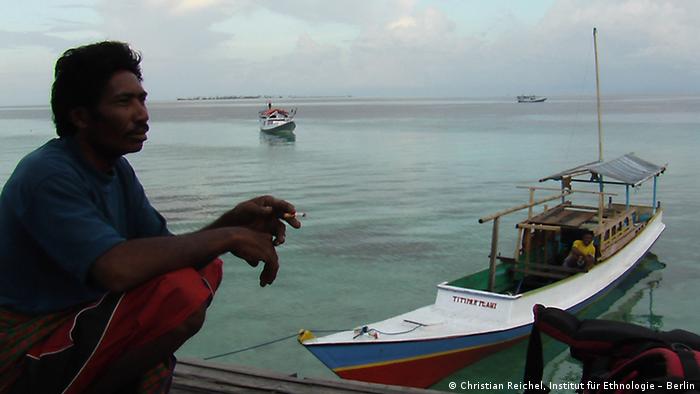 The global thirst for raw materials is growing. So too, is the readiness of nations to resort to armed conflict to assert their national interests.

In the past, the major consumers of raw materials were the industrial nations of North America, Europe and Japan. They use about 80 percent of world resources, despite comprising only 20 percent of the world's population. In recent years, however, new competitors have emerged on the market. The booming economies of India and China, with their huge populations, take up an increasing share of resources.

Growing demands have substantially increased the price of fossil fuels, meaning that countries have also become more concerned with the resources that lie on their own doorstep. China and its neighbors have been keen to assert their maritime and territorial claims.

The beginning of the 21st century has ushered in an increasing number of military confrontations and occupations of individual islands in the South China Sea.

The China Seas are among the world's richest and largest fishing grounds. Some 10 percent of the fish that is caught globally is caught there, according to the International Crisis Group, a conflict resolution organization. 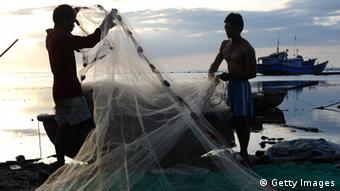 Vivian L. Forbes, a specialist in political maritime geography at the University of Western Australia, claims that 3.8 million metric tons of fish were caught in 2012 and that annual quotas have risen steadily since 1960.

A richness in danger

However, the sea's bounty is under threat. Overfishing and the contamination of coastal areas through effluent being dumped into the sea threaten to destroy it. Fishermen must go further out to sea to earn enough to get by. Increasingly, they come across security forces of neighboring states which patrol fishing grounds to enforce their national interests. Coastguards and naval personnel damage nets, arrest fishermen and confiscate boats.

Fishing plays an increasingly crucial role in the economies of many countries around the China Seas. No area on Earth is so heavily fished as the sea off China's coast. In China alone, more than eight million people work as fishermen, the charitable organization GreenFacts reports. The biggest fishing nations in the region after China are, in descending order, Indonesia, Vietnam and the Philippines. In Japan, too, more than 200,000 people still work as fishermen.

For Vietnam, fishing is part of the very fabric of life. In 2010, it made up seven percent of the gross national product of the country and, in the same time, represented the most important source of protein for the vast majority of the population, according to the Food and Agriculture Organization of the United Nations.

Aside from fish, rival nations are concerned more than anything with oil and gas. However, it remains unclear how much the South China Sea actually has to offer. "They still haven't really explored the deepest waters because, given the border disputes, no company dares to begin to take a look," said Hans Georg Babies, from the Federal Institute for Geosciences and Natural Resources.

Estimates for the South China Sea range from four to 30 billion metric tons of oil, which equates to the whole of Saudi Arabia's oil reserves. Shen Zewei, an analyst from Singapore has labeled it "the Second Persian Gulf." Babies himself is very skeptical of such descriptions. He points to a study by the United States Geological Survey, which investigated a number of the ocean basins of the South China Sea in the 1990s, confirming the presence of some two billion tons of oil. 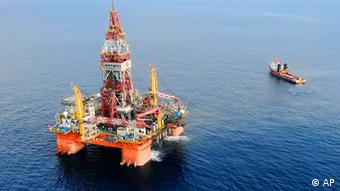 Estimates also vary widely in the East China Sea. The US Energy Information Administration found that there were between 8 and 14 million tons of oil and between 28 and 56 billion cubic meters of gas beneath the ocean floor. The Chinese assess there to be twice as much, according to maritime expert Forbes.

The often wild speculation about what the sea has to offer is seen by Gerhard Will of the German Institute for International and Security Affairs in Berlin as one of the main sources of potential conflict in the region. "A major reason for conflict is that the estimates are so imprecise and the expectations are so high. If there were a bit of clarity about how much there really was in the region, then it would be easier to develop a way everyone agrees on to manage resources."

Such a shared solution, however, is unlikely to happen any time soon, given the increased hardening of attitudes. As one Filipino official explained to International Crisis Group: "Any chance of cooperation in those waters is now dead."

China, Japan! Taiwan has something to say

As if the situation in the East China Sea weren't complicated enough, a third party, Taiwan, also claims sovereignty over a group of islands there. The quiet island state recently got quite loud. (26.09.2012)