A cache of documents known as "The Xinjiang Police Files" sheds new light on human rights abuses by the Chinese government toward the region's Uyghur minority. Experts tell DW the files are almost certainly authentic. 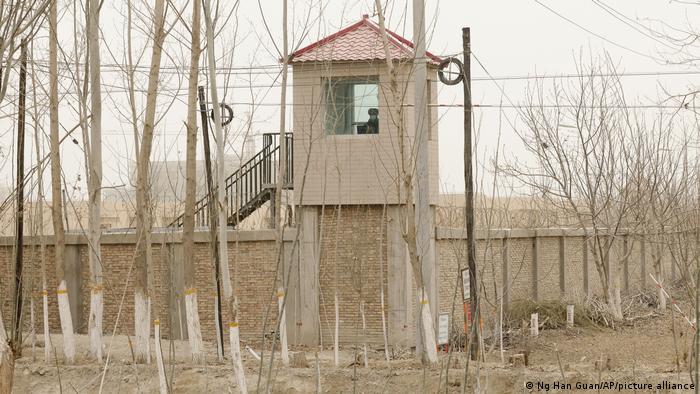 A cache of leaked files and photos sheds new light on the brutal methods used by the Chinese government towards the Muslim Uyghur minority in the northwestern Xinjiang region.

China is accused of operating a network of centers in the region to reeducate Uyghurs, forcing them to unlearn their culture and religion. Over one million detainees are obliged to learn Mandarin Chinese and adopt a secular-aligned, pro-Communist Party outlook.

According to the leaked files, China uses a shoot-to-kill policy for Uyghurs who dare to escape the internment camps. Moreover, the documents contradict the official line of Chinese officials that the Uyghurs voluntarily choose to attend the centers.

Yet Adrian Zenz, a US-based German researcher, said the files would be almost impossible to falsify. He said he received the cache from an anonymous source who hacked into official databases in Xinjiang.

He said the leak was the result of "a hacking attack straight into police computers, even into internment camp computers, penetrating the Chinese systems and getting the evidence straight from the horse's mouth."

Zenz said the leaked files revealed the "the mass internment of completely innocent people," with detainees including young teenagers and old women. "And the files don't even say they've done anything. That's merely guilt by association. These people simply have a parent in detention or a relative, and that's really all that they've done."

China's abuses of Uyghurs 'a brutal crime against humanity'

Human Rights Watch Executive Director Kenneth Roth also backed the veracity of the documents, telling DW that "we have every reason" to believe the files are accurate.

"They certainly correspond with the many, many testimonies that Human Rights Watch have received," Roth said. He called the abuses Uyghurs "a brutal crime against humanity, the likes of which really do not exist anyplace else in the world today."

Baerbock: 'These images are horrific and disturbing'

Baerbock urged a "transparent investigation" into the reports in the leaked files, according to a German Foreign Ministry statement.

US State Department spokesman Ned Price told journalists that "we are appalled by the reports and the jarring images."

"It would be very difficult to imagine that a systemic effort to suppress, to detain, to conduct a campaign of genocide and crimes against humanity would not have the blessing — would not have the approval — of the highest levels of the PRC government," Price said, using the term for the People's Republic of China.

The release of the documents also comes as UN High Commissioner for Human Rights Michelle Bachelet is on an official trip to Xinjiang. Roth said he is "fearful" Bachelet is being used for propaganda purposes by China.

Roth said Bachelet would not have the "ability to speak freely with Uyghurs" during the visit and learn what is really happening in the province.

"And she's going to be shown Uyghurs singing and dancing and pretending that they're happy, which is the Chinese government line. You know, this is a complete whitewash," Roth said.