China introduces new land use regulations | Asia| An in-depth look at news from across the continent | DW | 11.02.2015

The issue of land disputes has taken center stage in China following protests in several parts of the East Asian nation. Beijing now plans to implement new guidelines for the use of land. DW examines. 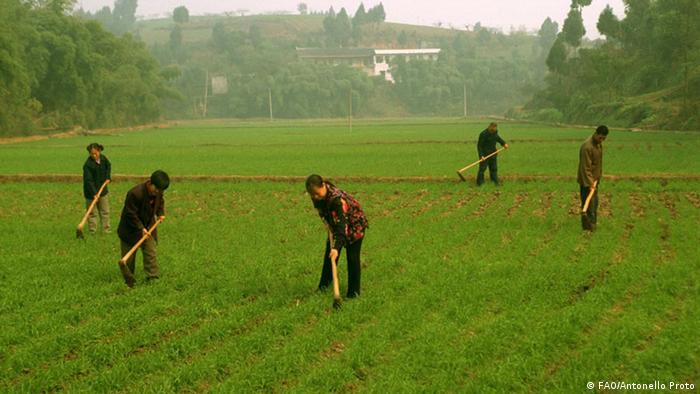 Cheng Jinshang's desperation must have been great. After his land was expropriated, he set himself on fire in front of the local government's building in China's eastern Anhui Province in mid-January. Though Cheng survived, he was seriously injured.

According to official figures, every year more than 100,000 minor or major protests take place in China, and most of them are related to land disputes.

For the first time, the communist country's State Council has published guidelines for the use of land in rural areas across the vast nation. While the new regulations do not address the problem of land expropriation directly, they can still defuse social tensions as they promise to strengthen farmers' rights.

Since the beginning of the Chinese economic boom, hundreds of thousands of peasants have migrated to the cities. Many of them live in factory dorms on construction sites. "The state should try to improve the financial situation of people who leave the countryside to work in the cities," Sandra Heep, head of economic policy and financial system at the Mercator Institute for China Studies in Berlin, told DW. 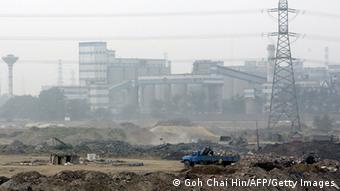 As things stand today, urban areas belong to the state. However, anyone who has the money can also buy the right to use the land. On the other hand, it is not that easy in the countryside. There the land is jointly owned, for instance, by the village community. The farmers have to pay the council to own the land. However, they can not sell or lease their usage rights.

The government wants to simplify business dealings regarding land-use rights in rural areas and make the process more transparent. "The property still belongs to the collective," said Doris Fischer, Sinologist and economist at the Univeristy of Würzburg, in Germany. The farmers have the right to use the land, but they also do not necessarily have to use it themselves. "They can also lease the land," Fischer explained.

Thus far, this option had only been available in certain areas of China where local governments experimented with business practices related to land-use rights. So the new regulations are seen as a big first step towards harmonizing the urban and rural land markets nationwide.

Some 200 million people moved to urban areas in East Asia in the decade to 2010, the World Bank said. But Axel van Trotsenburg, the bank's vice president for the region, tells DW, the urbanization has only just begun. (28.01.2015)

Until recently, migrant workers were faced with the problem that once they arrived in the cities, they couldn't make money out of their land-use rights back in their villages in the countryside. The new regulations will now enable migrant workers to have more money in their pockets which not only fuels domestic consumption, but also eases social tensions in the cities.

Villages benefit as well: large agricultural enterprises will now be able to buy land-use rights to expand their acreage and more efficiently manage farm land. "This leads to a rise in productivity which, in turn, can contribute to growth," said Heep. "As a result, this contributes to greater food security by reducing the dependency on food imports, which have risen sharply in recent years."

However, an important point in the regulations has been overlooked: only the state can turn farmland into sites for urban development. It's a profitable business and an important source of revenue for local governments; many of which pay farmers a small compensation for the land and sell the property rights for a premium to real estate companies which then also pay taxes on the purchase.

"Local governments are chronically underfunded," said Fischer. "Basically, many taxes are collected by the central government, but local governments do not receive the amount they actually need for public services."

The monopoly of local governments in land conversion raises a number of concerns. This has led to an unparalleled, but unsustainable, construction boom which is making local governments strongly dependent on continually rising real estate prices, said Fischer, who warned of the explosion of a market bubble which would severely impact local governments.

To solve financial problems, the government in Beijing has given local governments the permission to grant direct bonds. A tax reform that increases the local share of tax revenue has, however, been met with political resistance.