China′s real estate market weighed down by oversupply | Asia | An in-depth look at news from across the continent | DW | 21.01.2015

One of China's main drivers of economic growth, the property sector, declined to a five-year low in 2014. DW examines the reasons behind the slowdown in investment expansion and its implications. 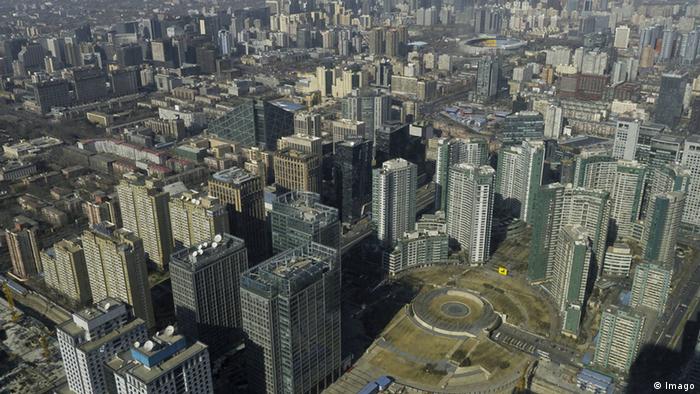 Real estate investment in the country dropped to a five-year low in 2014, rising 10.5 percent year-on-year to around 1.55 trillion USD, according to data released by the National Bureau of Statistics (NBS) on January 20. The investment growth rate slumped by 9.3 percentage points from 2013.

The figures assume importance as the property sector has been the most significant contributor to growth in the world's second largest economy over the past several years. The easing of credit conditions following the 2008 global financial crisis and the subsequent boom in construction and asset prices have also triggered talk of the country experiencing a property bubble.

While home prices surged during this period, construction boomed across the vast nation. The long-term health and sustainability of this market is therefore critical in ensuring the nation's high GDP growth rates. 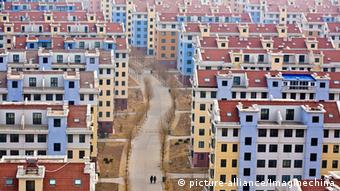 New construction in China decreased 10.7 percent compared to the year ago period

Furthermore, real estate is the most preferred asset class for the Chinese. The sector's enormous growth potential after the private housing market reform, a lack of property taxes, and limited access for households to other investment options have resulted in the property market becoming "the investment vehicle of choice," pointed out Brian Jackson, senior China economist at IHS, a global analytics firm.

David Cook, economics professor at the Hong Kong-based HKUST Institute for Emerging Market Studies, told DW that the main driving force behind the slowdown seems to be that there is more supply than demand on the market.

China's debt problems 'aren't the same as in the West'

Although China's mountain of debt is decried and its local government finances are considered alarming, analyst Yukon Huang tells DW that these issues don't trigger a cascading debt problem as in Western economies. (26.09.2014)

Many emerging market currencies have plummeted in recent days, especially the ruble, amid expectations of an interest rate hike in the US. DW examines the reasons behind the plunge and the countries affected. (17.12.2014)

"The strongest decline appears to be in terms of property investment financed by down-payments from customers, thus suggesting that individual home owners and investors are probably reluctant to continue on the market," Cook underlined.

Noting that the weakness in the Chinese property market is broad-based, the World Bank, in its recently published China Economic Update, stated that the real estate sector is undergoing adjustments as the government in Beijing continues its "policies to tighten credit and reduce supply mismatches."

Yukon Huang, economist and China expert at the Carnegie Endowment for International Peace, believes that if the authorities let the market forces play, they have to stop building properties for a year or two and allow the demand to catch up with supply. "I would say that China's growth rate should go further down for it to be sustainable, probably close to 6-6.5 percent," he stressed.

Despite fears that the property market bubble could burst and cause an economic crisis - as it did in Japan in the early 1990s - analysts say such a crash is unlikely. Furthermore, they argue that even in such a case, the central government would have the resources to handle the ensuing problems. China has almost four trillion USD of foreign exchange reserves and its overall government debt level as a share of GDP is low, Huang pointed out. 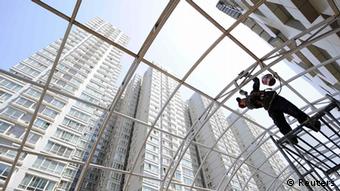 Sales of commercial buildings in 2014 were down 7.6 percent year-on-year, the NBS said

The most important issue for policymakers in their efforts to avoid a crisis in the Chinese property market is the introduction of a property tax, which the government hints may come into effect sometime after 2018, Jackson told DW. He believes the design of this tax will be hugely important, alongside the speed and breadth at which its coverage expands.

"These factors will be critical in reducing the chance of a short-term panic on the market, as well as ensuring it effectively reduces speculative investment in the long-term," the economist said, noting that the property tax is among the most critical and difficult issues China is set to tackle in the coming years.